Introduction to Guided Meditations on the Stages of the Path 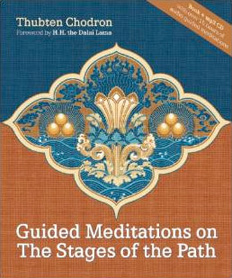 During his forty-five years of teaching throughout ancient India in the sixth century B.C.E., the Buddha had numerous discussions about spiritual views, conduct, and practice with those he encountered, be they Brahmins (who composed the religious hierarchy of his day), practitioners from other sects, or his own disciples. These teachings, or sutras, were passed down orally for centuries until the first century B.C.E., when they were written down. In subsequent centuries, Indian scholar-practitioners compiled and systematized the important points of the sutras by writing treatises. As Buddhism spread from India throughout Central, East, and Southeast Asia, the scholar-practitioners in these areas also wrote commentaries in order to clarify and make the principal points of the original sutras and Indian commentaries more accessible to the people of those times. The Indian sage Atisha (982-1054), in his short but profound text Lamp of the Path, organized the teachings into three levels of practice—initial, middle, and advanced—according to the gradual development and expansion of a person’s spiritual motivation.

Later generations of Tibetan sages, in particular Je Tsongkhapa (1357-1419), systematized the teachings further, forming the lamrim—the stages of the path to enlightenment. His classic text, the Lamrim Chenmo (or The Great Treatise on the Stages of the Path to Enlightenment), constitutes three volumes in English translation. He wrote several other lamrim texts of various lengths as well. The teachings of the lamrim can be compared to ready-made clothes that we can easily wear; that is, the authors of the various lamrim texts systematized and explained the major points of the Buddha’s teachings so that we can learn and practice them in an organized and understandable fashion.

The term “lamrim” can be translated into English in various ways, each emphasizing a slightly different aspect of its meaning. When translated as “stages of the path,” we get the idea of a path with definite stages. The translation “steps on the path” gives us the feeling of movement as we take steps along the path. The translation “gradual path” connotes a steady, step-by-step progression. All of these translations and connotations are appropriate. Nevertheless, in this book, “gradual path” is generally used. Since people in modern society tend to be goal-oriented and want to hurry to finish a project, reminding us that spiritual practice is a gradual path helps us to slow down and mindfully focus on the process of transforming our mind.

These systematic teachings of the gradual path are the subject of this book and the accompanying CD. These materials are suitable for beginners, as well as intermediate and more advanced practitioners. The lamrim presents a step-by-step method to tame the mind, and each person will find meaning and insight according to his or her level of understanding. As you practice these meditations repeatedly, your comprehension and experience of them will transform and deepen even though the words used to spark your meditation sessions remain the same.

Part I of this book enables us to learn how to meditate. It discusses how to establish a daily practice, from setting up an altar to doing the two kinds of meditation—stabilizing and analytical. You will learn how to prepare your body and mind for meditation, how to practice mindfulness of breathing, and how to meditate on the gradual path.

Part II presents the meditations—meditation on the Buddha and the analytical meditations on the lamrim. The texts of various other recitations you may like to do are also included.

Part III presents supplementary material to assist you in meditating on the lamrim. This includes an overview of the gradual path to enlightenment, instructions for working with distractions, antidotes to mental afflictions, advice for newcomers, and suggestions on how to deepen your Dharma practice. An appendix with the outlines of the meditations recorded on the CD, a glossary, and a list of suggested readings are provided at the end for your convenience.

The meditations are recorded on the accompanying CD to assist you in learning the analytical, or checking, meditations on the topics of the gradual path. These recordings are guided meditations, not teachings. Ideally, they should be used in conjunction with oral teachings on the gradual path from a qualified teacher and supplemented with readings from lamrim books. However, since you may live far from your Buddhist teachers or a Dharma center, my hope is that these guided meditations will enable you to begin and continue a daily meditation practice. 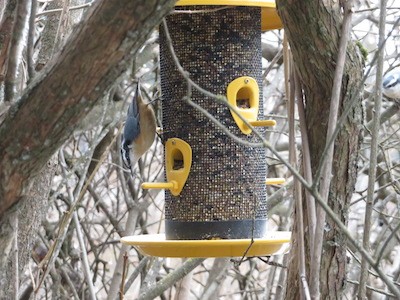 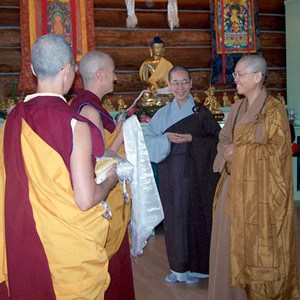