You are here: Home > Practical Buddhism > Prison Dharma > By Incarcerated People > On Mindfulness > The reality of adversity
By L. B. on Jul 3, 2007 in On Mindfulness

In the past it used to be that when I encountered adversity I would come apart mentally and physically. It did not matter what the circumstances were, I just needed to come against hardship, and I would think my world was coming to an end. 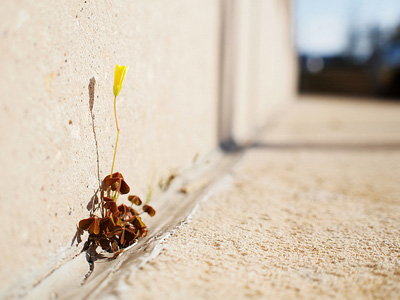 When adversity arises, our practice is what will get us through. (Photo by Pat David)

Recently, I finished two years in a maximum security lock-down for taking a prison guard hostage. A few weeks after completing all the requirements to move into another unit where I would have more privileges, I was informed that I would have to spend at least six more months in the lock-down unit. At first, I felt like I had been hit in the stomach and all of the air had been knocked out of my lungs. I was at a loss for words, and I could feel that surreal feeling of slipping into the loss of control of a situation that I had worked so hard to get out of. I did not want to spend another day in max lock up, let alone another six months.

This feeling went on for about 20 minutes. Just about the time I felt myself going into a “flip-out” mode, I remembered my Buddhist practice. One of the things I try to pay attention to as my day unfolds is the rise and fall of emotions that come and go in their millions of births and deaths that make up my thought process. The Buddha taught that all things are impermanent—that all things change from moment to moment, from thought to thought, and to cling to them creates suffering in our lives. One of the best ways to endure adversity and even to overcome it is to see its impermanence. If we can realize that no matter what we face, no matter how much pain we feel, that it will eventually pass into the nothingness of its death just as its birth did, we can get through the difficulty. We even learn to smile as we see it arise and fall and know that no clinging is needed. Indeed, why would we want to hold onto it—to cling to something that makes us suffer?

It is so simple and I think that is what makes it so hard for us to see its simplicity. We usually look at a million angles of the problem we face through the lenses with which we have grown accustomed to seeing problems. I realized that I spent decades falling apart when faced with problems. I built a “no-coping” mechanism into my way of thinking, and I would cling to my suffering as if it were a security blanket (albeit, one full of fleas). I was so used to it that it had become a way of life. My practice and my daily watching of the rise and fall of change has helped me to see through the faulty thinking and clinging that made my world seem to fall apart when problems arose.

So, after that first 20 minutes of feeling hopeless and powerless at the knowledge that I would spend six more months in maximum security, I had to smile. I had to see that this seemingly life-crushing situation was nothing more than another rising and falling of another piece of impermanence that makes up samsara. Regardless of whether or not I ever leave max lockup, I can continue to practice. I can continue to grow in compassion. I am not powerless, but powerful enough to let go of clinging to this adversity and draw another breath that is free of suffering.