Regarding the bhikshuni order in Tibetan Buddhism

Regarding the bhikshuni order in Tibetan Buddhism

An interview with Bhikshuni Thubten Chodron, founder and abbess of Sravasti Abbey, a monastery in the USA, a member of the Committee of Western Bhikshunis that is researching how the bhikshuni ordination can be established in the Tibetan Buddhism, and former resident teacher at Amitabha Buddhist Centre in Singapore.

Can you brief us on its history?

Vinaya is the monastic code, and a lineage is a line of ordination masters that goes back to the Buddha. There are at present three bhikshu (monk) lineages—the Theravada found in South and Southeast Asia, the Dharmaguptaka in East Asia, and the Mulasarvastivadin in Tibet. However, for nuns only the Dharmaguptaka lineage has existed continuously. In recent years, the Theravada bhikshuni lineage is being reestablished in Sri Lanka. The Tibetans are considering how the bhikshuni lineage can be restored in their Mulasarvastivadin Vinaya tradition.

What is the current situation of the Bhiksuni Order in Tibet and outside Tibet?

At the moment there is not a Bhikshuni Order in Tibet itself or in the Tibetan community in exile in India. A handful of Tibetan novice nuns have gone abroad to receive bhikshuni ordination, but since it has not been sanctioned in Tibetan Buddhism, they do not function as a Bhikshuni Sangha. Some of us Western women who practice Tibetan Buddhism have received bhikshuni ordination by participating in ordinations offered by Chinese, Korean, or Vietnamese masters.

His Holiness the Dalai Lama is very much in favor of instituting the bhikshuni ordination in Tibetan Buddhism and has made several statements in support of this. But he has also said that this is a decision that must be made by the Sangha; as one individual, he alone cannot make it. The Department of Religion and Culture has been researching the issue for over twenty years, and His Holiness would like them to reach a conclusion soon. He also encouraged the formation of a Committee of Western Bhikshunis, which has been doing research on how the bhikshuni ordination could be given to Tibetan novice nuns. The results of Tibetan and Western research will be presented at the Congress on Buddhist Women’s Role in the Sangha in Hamburg, Germany, in July, 2007. His Holiness will be present the last day, and we are eager to hear his conclusions.

What is the legal status of Bhiksunis compared to that of the bhikkhus? What does the lack of legal recognition imply for the Bhikshunis?

Bhikshuni ordination in Tibetan Buddhism is currently not recognized and this strongly affects the situation of the nuns in that society. Tibetan monks can study for many years and receive a Geshe degree, comparable to a Ph.D. in Buddhist Philosophy. Until about 20 or 25 years ago, the Tibetan nuns did not have access to the same education. Due to His Holiness’ encouragement some Tibetan nunneries now offer the same education program as the monks receive. However, to receive the Geshe degree, one needs to complete Vinaya studies and one can only do that if one is fully ordained. Thus, as novices, the Tibetan nuns are not permitted to do the full Vinaya studies that would enable them to take the Geshe exams and become Geshes. Becoming bhikshunis would enable them to do this.

Is the restoration of the Bhikshuni Order necessary?

Yes, it is very important to support the Bhikshuni Order in countries where it presently exists and to arrange for its restoration in Buddhist traditions where it does not presently exist. Having the fourfold community—bhikshus, bhikshunis, upasakas, and upasikas (fully ordained monks and nuns, and male and female lay followers)—establishes an area as a “central land,” a place where the Buddhadharma flourishes. Without bhikshunis, one quarter of the Buddhist community is missing from society.

Looking at all Buddhist countries, we clearly see that the level of education nuns receive and the ability they have to serve their societies correlates with their level of ordination. In countries where women are permitted to receive only eight precepts or ten non-monastic precepts, their education and ability to serve society is hampered. In countries were women can become novices, their potential is improved. And in countries where full ordination as bhikshunis is available, women have better Buddhist education, are able to practice more freely, and have more skills to benefit society. The nuns in those countries also receive greater support and respect by society.

The foundation of all Dharma practice is the Higher Training in Ethical Conduct, and the Buddha said that the best way to cultivate that is by living in the precepts of full ordination. On the basis of full ordination, women will more easily be able to accomplish the practices of the Higher Trainings in Concentration and Wisdom as well as the practices of bodhicitta and the six perfections. Thus being able to become bhikshunis is important for women as individuals because it enables them to actualize their spiritual potential. In the long term, the presence of more enlightened beings benefits us all.

Furthermore, bhikshunis will naturally benefit the societies they live in. For example, in Taiwan and Korea, bhikshunis teach Dharma to the lay people; they operate Buddhist radio stations and publish Dharma books; they teach Dharma to children. Bhikshunis offer counseling to lay women, who are more at ease discussing personal issues with nuns than with monks.

Bhikshunis are especially instrumental in teaching the Dharma to lay women. Mothers then teach the Dharma to their children. Children who grow up with Buddhist values of non-violence, kindness, forgiveness, and compassion become good citizens who respect others’ rights and resolve conflict in peaceful ways. Bhikshunis are also skilled in reaching out to youth-at-risk, helping them to avoid substance abuse and encouraging them to get a good education. Bhikshunis with peaceful minds and excellent comportment set a wonderful example for women and girls, who will be inspired to practice. Bhikshunis who are teachers and leaders will inspire women and men to actualize their potential to benefit others.

The presence of bhikshunis is crucial to the spread of the Dharma in a world that values gender equality and equal opportunity for both men and women to exercise their fullest potentials. In societies that value gender equality and human rights, people will see Buddhism as irrelevant to modern society if men can be fully ordained but women cannot. For example, some people turn away from Buddhism saying, “The Buddha taught equality and equanimity for all beings, yet Buddhist institutions do not provide equal opportunities for women to ordain and practice.”

Furthermore, gender discrimination discourages Buddhist women from practicing the Dharma, especially when they are told that women are inferior and should pray to be reborn as men in their future lives. Discouraging women in this way does not accord with the Buddha’s wish for all sentient beings to practice the Dharma and become enlightened. The Buddha himself affirmed women’s ability to attain enlightenment and established the Bhikshuni Order. It is important for the Buddha’s followers in the 21st century to act in accord with the Buddha’s intentions.

The first step is to restore bhikshuni ordination in countries where it is not present. The second is to educate the newly ordained bhikshunis in the Vinaya (monastic discipline) and in the Dharma. The third step is to support bhikshunis’ efforts in scholarship, meditation, and social service.

Support from the general Buddhist community is essential. This support may come in terms of donations to establish nunneries and to educate nuns. It is also expressed by respecting nuns and offering service to nuns’ communities.

Lay Buddhists should tell monks that they wish to see the Bhikshuni Order restored. They should ask questions when they witness gender discrimination or a lack of opportunity for women and nuns. For example, the improvement of the Tibetan nuns’ education in recent years was due in part to non-Tibetans asking their monk-teachers, “Why we don’t see any nun-lamas? Why don’t the nuns study and debate like the monks?” Their questions brought these issues to the attention of His Holiness the Dalai Lama and others who then set about remedying the situation.

Are you optimistic about the development of a strong Bhikshuni Order?

Yes, I am. Both men and women in the West and in many Asian countries wish to study with Dharma teachers who are bhikshunis. A strong Bhikshuni Order is in accord with the Buddha’s intentions, spreads the Buddhadharma, and creates healthier societies. In these times when materialism and consumerism challenge the Buddha’s teachings on generosity, ethical conduct, and contentment, a strong Bhikshuni Order will work together with the Bhikshu Order to preserve and spread the precious teachings of Lord Buddha. 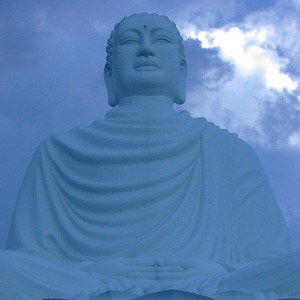 Activities of a buddha