Being neither articulate nor particularly skilled, I begin this article begging your indulgence. I’m not a formally trained Buddhist; I’m not a teacher. In fact, the only “wisdom” I can share is that which I have gained through living this life. Therefore, if my opening story, which is graphic and scatological, isn’t what you expect to find in an authentic Buddhist publication, bear with me for this is a story about Shame, an intimate friend of mine.

Shame and I first became acquainted when I was nearly five. Our meeting wasn’t some chance encounter while mingling with mutual friends. Typical of the beginning of so many relationships, Shame and I were destined for a far greater, momentous introduction.

I lived with my father and stepmother then. Dr. H … , as my father came to be known by nearly everyone, claimed me as his pride and joy. Stepmother Chris had an entirely different opinion of me, though. It is therefore not surprising to learn that Chris introduced me to my new best friend.

I remember the day well. It was the day I made the awful mistake of letting Chris find me alone in the bathroom. Now there are many things five-year-olds don’t know. But even at five, the one thing I knew with absolute certainty was: Never let Chris catch you alone! On this occasion there would be no burning, though, no whipping either. This time there was only Chris and I, and the excrement still floating in the toilet on which I was seated.

I don’t recall the “wrong” I was punished for that day. Like much of my childhood, it’s lost in the murky blackness of memories mercifully forgotten. I do recall the carpet that bit my knees as I crouched on it, though. I remember the ugly floral patterns that mocked me from the wallpaper. I recall the tiny shower stall that couldn’t ever begin to wash away the feeling of dirty I would soon know. I recall peering through the tears that veiled my eyes as I followed the horrible orders she shouted at me.

My Shame, though, wasn’t complete yet. Thirty minutes later, my family was driving down the highway in my father’s fancy Cadillac. My sister began looking for “that smell.” I cowered as she asked “Who stepped in dog poop?” I cried when she discovered the remnants of fecal matter still caught between my teeth. That’s when Shame and I were married. That’s when Shame and I became man and wife.

Shame stuck by my side through thick and thin. I thought she would be with me until death did us part. During the years of alcohol and stealing, Shame was always there with me. During the summer of sexual assaults, Shame was always there with me. Drug use didn’t separate us. Nor rehab at 12. Nor dealing at 15. Nor prison at 16. Nothing that I did to rid myself of Shame, nothing that I tried would separate us. Nothing, that is, until I discovered the Dharma.

Shame was the source of my greatest suffering; shame destroyed my life.

It is at this point that I recall Master Ji Ru’s introduction to the first issue of Rightview Quarterly. Master Ji Ru pointed out that seeking to create an authentic American Buddhism is a fundamentally flawed process. As we seek to extract the seed of authentic Dharma from the obfuscating shell of tradition and custom; we are forever in danger of embedding it in our own obscurations. We risk the non-accomplishment of supplanting one veil with another.

Equating the usual connotation of the word “shame” in English with virtue and morality is just such a veil. It is the mistake of believing that feelings of worthlessness are a personal confirmation of a virtuous nature. These feelings are negative, they are painful, which confirms that they are associated with negative actions, with non-virtue. Is not the definition of negative karma “an action of body, speech, or mind that bring about an unwholesome result?”

What, then, is meant by “Shame is a virtuous mental factor?” What word might better convey the meaning of this than the word “shame”?

An analogy might uncover some answers. In the Uttaratantra Shastra there is a story: One day, as a merchant traveling along a bumpy road bounced in his carriage, a lump of gold fell from his pocket. The gold slid across the road, finally stopping when it mingled with the refuse on the roadside and was lost from sight.

Years later, a pauper came to build his shack on the very spot where the gold had been dropped. Not knowing of the gold’s presence, the pauper lived in poverty.

In time, a god with divine sight came to look upon the very spot where the pauper dwelled. The god beheld the pauper’s condition, as well as the presence of the gold lodged under the pauper’s abode. The god directed the pauper, “Dig beneath your dwelling, pauper, unearth the gold that lies there, and be poor no more.”

The pauper listened to the god. He dug in the earth below the house where he found the gold which had been buried there the whole time. He was a pauper no more.

This analogy indicates the presence of our Buddha Nature, that quality of ours that makes Buddhahood possible. The poverty is our own lives in samsara. The refuse is our afflictions. The “god” is the Buddha.

Examining this analogy, what would have happened if instead the pauper had responded to the god by saying “I know what lies beneath my shack, there’s nothing but garbage there”? That’s right. He would have remained a pauper, remained in the cycle of suffering.

When we dwell in our shame, feeling worthless, we are paupers who see nothing but garbage. Never mind the divine sight of the god in the analogy. Never mind the omniscience of the Buddha that beholds the good that we don’t see. We prefer to be paupers living atop … not a lump, but a mountain of gold.

But this doesn’t answer the question, “What was meant by shame?” Therefore, consider this scenario: the pauper believes the god, digs up the gold, and begins to clean it off. Midway through cleaning, the lump of gold slips and drops back into the refuse.

We’d all agree that the man would be foolish to proclaim at this point “Oh, there’s no gold underneath me, there’s only garbage.” He’d equally be a fool if he said, “Oh, I think there’s gold there, but the garbage is so nasty I would rather stay poor.” The only wise action is to dig in the garbage once again, picking up the lump of gold, grasping it more tightly than before, and cleaning it again.

This is faith in authentic Buddhism. Having an inkling of the sight of the gold (our Buddha Nature and the path to Buddhahood) that can end our emotional poverty (samsara), we’d be fools to proclaim, “There’s no gold here.”

This is the same as committing a non-virtue and then saying, “Oh, how horrible I am, I’ve destroyed my Buddhahood.” Rubbish! As I have learned, the garbage never changes the gold; it just hides it. Likewise, it is foolish to sit around thinking, “Oh, I’m so terrible, I don’t deserve the freedom of Buddhahood.”

Our garbage is just like that, ours. We can do with it as we please. If we wish to roll around in it, all the while complaining how dirty we are, then we are fools indeed. We can’t blame the gold for remaining in the rubbish, nor can we blame the god (the Buddha, our Teachers, our parents, our friends, etc.). We’re the ones who proclaim that our garbage is too horrible to deal with, not those kind beings who are urging us forward along the path to unearthing our gold, to finding our lotus within, to becoming Buddhas.

Ponder how difficult these tasks will be if you can’t hold onto your gold a little better, if you can’t keep clean the parts you have already managed to clean. Maybe even consider how silly it is to cause yourself to have to start all over. Use this examination to resolve to be more careful next time.

Whatever the case may be, you must come to understand that this is not about the garbage, it’s about the gold. It’s not about Shame with a capitol S or shame with a lowercase s; it is about self-respect. Not egocentric self-respect, but the wholesome self-respect that is the respect we have for our Buddha Nature.1

Did I answer the question? Did I make it clear that, in Buddhism, even shame can lead us forward on the path? But only if we see it clearly. And that’s what Buddhism is all about, isn’t it? Seeing things more clearly. Getting a little purer each day; never stopping to wallow in our sense of our “self.” 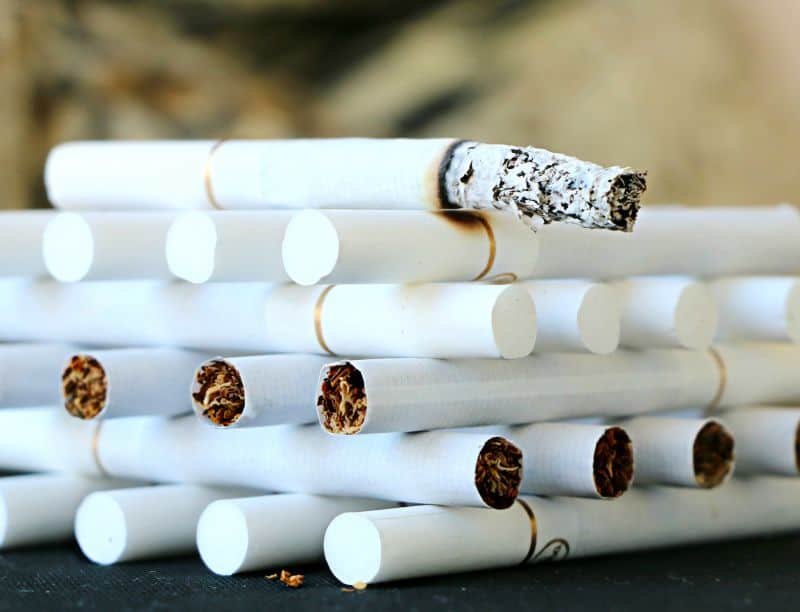 An appeal to Linda 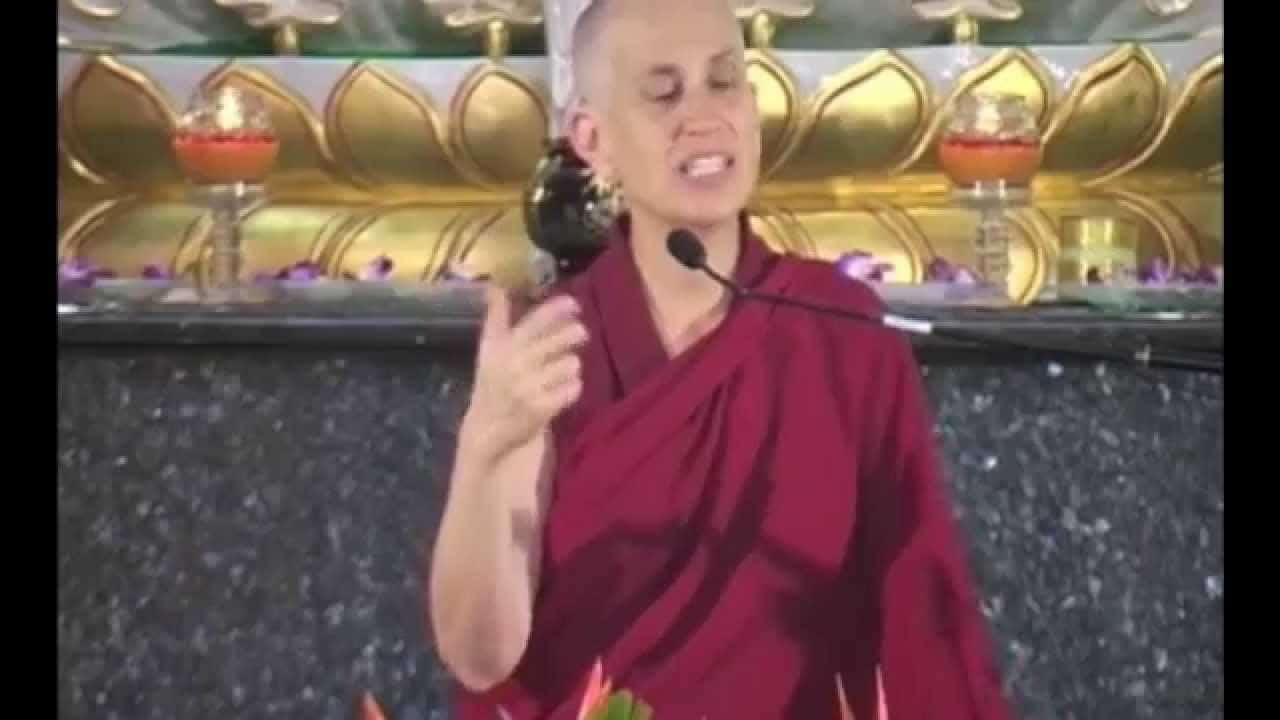