B. F., in the 13th year of a 20-year sentence, was punished for an incident he was not involved in, after which he felt resentful, angry, and depressed. His correspondence with Venerable Thubten Chodron:

Lately, I’ve been trying to find a new perspective—one that may be an old perspective that was misplaced or waylaid earlier this year—by trying to concentrate on the “positives” in my life. Not just the immediate tangibles, but the subtle, non-obvious, less-thought-of or taken-for-granted things; the small and seemingly insignificant positives that by themselves are but tiny blocks, but when put together make a strong wall. It seems that I usually forget these things when my life is not how I want it to be.

See, there are only about ten million things that I should be thankful for. Many, many positive things that are a clear and distinct part of my life are some of the things I lose sight of. The irony of it is that at the times when I need to count my blessings the most, I often lose sight of them. Hidden behind the frustration, anger, depression, and sadness are all these little jewels of positive things in life, yet because we are so caught up in ourselves and our attachments, we can’t see them lying there shining and sparkling. They are there just waiting to be noticed.

Sometimes I think about my life these last 13 years and how I’ve changed. Prison changes people, many indelibly, many for worse. But for me, if I had not gone to prison, my life would have been so much different. I think it would have been much worse. That is, of course, if I were still alive, because the path I used to tread was wild, crazy, and dangerous. If I had not had the opportunity to get away from that lifestyle, I would probably still be in the middle of it. Either that or dead. 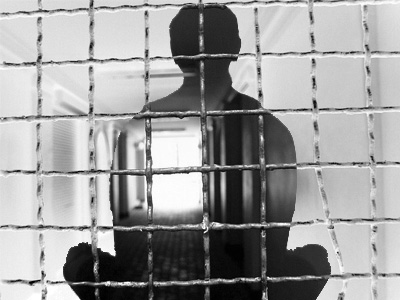 So here I sit in prison, counting my blessings and being thankful that I have acquired the requisite time and distance from what I used to be. (Photo by Asher Isbrucker and Maciej)

So here I sit in prison, counting my blessings and being thankful that I have acquired the requisite time and distance from what I used to be that has enabled me to change and finds me now, in the present, nothing like I used to be. A better person? Yes, I really think so. Not only by my definition of “better,” but by the generally accepted definition of the word.

Still, sometimes I feel so lacking, ignorant, and dense. It’s like the old saying, “One step forward and two steps back.” For example, when I meditate, sometimes it seems like I’m making progress, and then there are times when it seems like I’m in reverse. Sometimes I wonder if I’m too driven, if I’m too results-oriented. Part of who I am is the guy that was always self-motivated, the guy that would do it himself to make sure it got done, the guy that didn’t let other people get in his way. So maybe now I want results from my practice too much.

Anyway, I just wanted you to know that I’m feeling better about my life and situation. I have much to be grateful for, and I need to keep that perspective in sight. As easy as that sounds, it’s not! 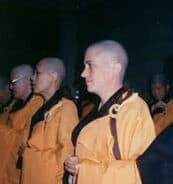 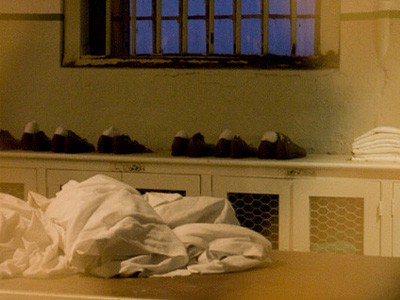