The earth is our only home

Environmental protection and practical steps to support it

Since the second half of the 20th century, the results of environmental destruction and the exploitation of natural resources have become increasingly obvious. Now, 7 billion people are sharing this planet, and scientists predict that the population will increase to 10 billion people in this century. However, we already face difficulties with dwindling natural resources and environmental pollution. 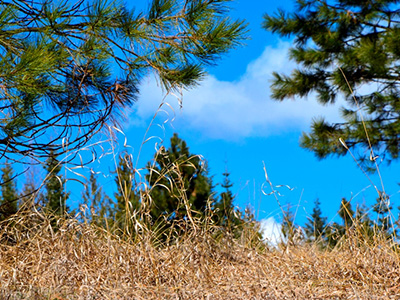 We have to create the causes and conditions
to preserve our natural environment.

There is growing evidence that some natural disasters are due to our behavior. We already face tremendous changes caused by carbon emissions and deforestation. Glaciers are melting, and sea levels rise continuously. Our hunger for more gas, oil and water has even induced earthquakes.1 These are enough experiences to wake us up!

H.H. the Dalai Lama mentioned at the Environmental Summit in Portland in May 2013 that his strong commitment to environmental protection started more than 20 years ago. In 1992 the Dalai Lama attended the first environmental conference in Rio de Janeiro and spoke about his views on universal responsibility. One year later, he was invited to an international conference, “Ecological Responsibility—a Dialogue with Buddhism” in New Delhi, India. Prominent Buddhist teachers and scientists attended this conference. As a result they published a public appeal entitled, “For Our Universal Responsibility.”2

Many talks and articles by H.H. the Dalai Lama about this topic followed and are now published in diverse media worldwide. These can be found on his homepage. H.H. the Karmapa has spoken for a number of years on the importance of protecting the environment for the future of this world and for the Dharma. He says,

“Ever since the human race first appeared on this earth, we have used this earth heavily. It is said that ninety-nine percent of the resources and so on in this world come from the natural environment. We are using the earth until she is used up. The earth has given us immeasurable benefit, but what have we done for the earth in return? We always ask for something from the earth, but never give her anything back.”3

Sentient beings are totally dependent on the four elements of earth, fire, wind and water. H.H. the Karmapa says, “Both the body and mind are strongly connected to the unaltered, natural elements.”4 We only can survive because nature and other sentient beings make our lives possible. Therefore, we need to strive to bring this awareness into our lives for our own good. We need to educate each other about the importance of protecting and caring for our environment.

Practical steps towards a healthy relationship with the environment

H.H. the Karmapa’s vision is supported by an association called “Khoryug,” which means “environment” in Tibetan. Formed by Tibetan monasteries in the Kagyu tradition, the association promotes environmental projects under the Karmapa’s leadership. A bilingual homepage in English and Tibetan has been established to provide information on these projects.

In 2009, the Karmapa organized the first conference for environmental protection for Kagyu monasteries and Dharma centers in Sarnath, India. As a result of this conference, he published a booklet entitled 108 Things You Can Do To Help The Environment. You can download this booklet, which is inspiring and helpful not only for monasteries and Buddhist centers, but also for Buddhist practitioners and non-Buddhists worldwide. I’d like to mention some things you will find in this booklet about what we can do to protect our environment from destruction:

Environmental protection starts with us. We need to look at our own behavior to consider how we can support a healthy environment for this century and beyond. To start, we can do aspirational prayers and meditations to increase our awareness of this topic. Geshe Thubten Ngawang wrote a lovely meditation with aspirational prayers for our environment and her inhabitants. Doing this meditation is more powerful after you watch “The Story of Stuff” and understand how the system of consumption works and the detrimental effects it has on ourselves, others, and the planet.

Every day, we can be mindful of how much electricity, water, plastic, or other materials we use and how much garbage we produce. For example, we can turn off the tap when brushing our teeth or fill the sink to wash our dishes instead of letting water run. We can have short showers, flush the toilet only when necessary, do the laundry only when we have a full load. Instead of using paper bags when going to the grocery store and plastic bags at other shops, we can take reusable cloth bags with us to carry things. When we go to work, we can carpool or take public transportation when it is available. We can also try to run many errands in one trip instead of making several trips.

Also, in terms of using materials, we can try to avoid styrofoam products as much as possible and recycle plastic, glass, metal, paper, or even clothes.5 With regards to electricity, we can reduce our usage through simple acts like turning off lights when we are not in the room and turning off the computer when not in use. We can also support the environment by not eating meat or reducing its consumption. To produce 1 kilogram of meat, 100,000 liters of water is required. Cattle-rearing is a major source of water pollution, land degradation, greenhouse gas emissions and increases the loss of biodiversity.6

These are activities we can do at a personal level. But much pollution is caused by industry and factories. People reading this article who work at the management level and those who are shareholders must insist that their businesses recycle and clean up waste material instead of dumping it into the earth or waterways. Better yet, industries must stop using polluting chemicals to start with. Surely, our intelligent human minds can develop ways to produce goods that do not destroy our environment.

It is important to develop an understanding of the interdependence between nature and sentient beings. We depend totally on the kindness of others. We wouldn’t survive without other sentient beings. We need to remember their kindness and our interdependence. With mindfulness practice and using reasoning about dependent arising, we will develop a more realistic view about our existence and develop strong compassion and loving-kindness.

After we gain a deeper understanding of compassion and loving-kindness, we will live more harmoniously with others and with our environment. That will have an influence on others and how they relate to their environment too. We can be an inspiration for others and for future generations. Every action we take has an impact on our planet and on others. In reality, we are the servants of our earth, the elements and sentient beings as we are the product of this interrelationship.

To support a wholesome intention, we should ask ourselves repeatedly, “What is the most important thing in my life? What do I really need? What makes me really happy? And what makes others happy? How can I work for the benefit of a wholesome planet, a healthy environment?”

To find the answers for ourselves, we can look to good role models like H.H. the Dalai Lama, H.H. the Karmapa, and Thich Nhat Hanh and think about their insights and activities.7 By doing so, we will gain inspiration and orientation for a meaningful life. 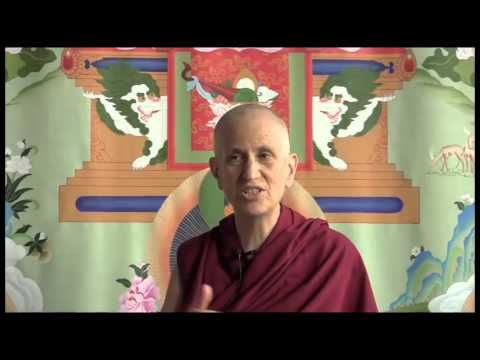 More on the Amitabha Buddha practice 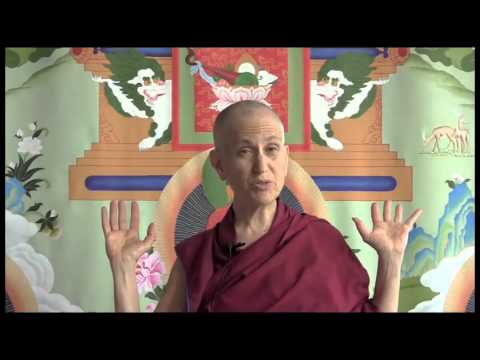