You are here: Home > Practical Buddhism > Prison Dharma > By Incarcerated People > On Compassion > Friendship
By L. B. on Mar 15, 2004 in On Compassion 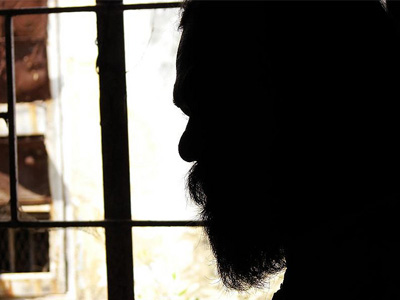 The prison world is one of constant doubt and paranoia, and consequently we wind up missing out on lasting friendships. (Photo by Jagadeesh SJ)

For those of us in prison, forming friendships is one of the hardest things to do. We constantly worry about whether a potential friend is after something of ours or if he is setting us up to be jumped when we come around a blind corner. The prison world is one of constant doubt and paranoia, and consequently we wind up missing out on one of the great jobs in life—having a lasting friendship!

When I was 19 years old and serving my first of many, many years in prison, I met a young man that would wind up sharing a journey of friendship that would span what has now been 25 years. We have ridden over many bumps in the road, and he has taught me a great lesson in friendship.

Jim was 20 years old and stood about 5′ 10″ when I met him. He weighed roughly 170 lbs. and had rusty red hair. We met at the chapel at the Oregon State Correctional Institution and were both Christians at the time. I had been serving a six-year sentence, and Jim has just started a lengthy set himself. We wound up on the same evangelical team that would meet on Saturday nights and plan how we were going to share our faith with the other men in prison. It seemed in those days that we had an innocence in our beliefs and actions that, even though we were in prison, sent us beyond those barbed fences and allowed us to be human beings.

There came a day, though, that I lost my faith in Christianity and went back to my old ways of drugs, fights, and treating everyone around me like dirt. It wasn’t soon after that Jim followed my example.

I found myself shortly thereafter with a 15-year sentence following my first escape and crime spree. I was transferred to the state prison and then out of state to a prison in Washington. I lost contact with Jim at that time, and it was several years before I saw him again on a Psyche Ward after I had been returned to prison in Oregon.

I came to find out Jim had been paroled and then picked up a life sentence. When the guards told me that he had attempted suicide, I wrote Jim a letter. I wanted to give him some encouragement and let him know he was not alone. We were now both serving long sentences and even though we were surrounded by people I’m sure Jim felt as alone as I did at this time in our lives.

After a couple of years went by, I found myself at the same institution as Jim. We immediately moved into a cell together and started doing and selling drugs.

The thing that really stands out in my mind in those days is the complete change in personalities and actions that our mindsets produced and that the drugs induced in us. Where once Jim and I had been caring towards others, we now preyed on them, seeking to get all the money and possessions that we could from them. I even convinced my mother that I was getting married so that I could get money for more drugs.

Finally, at this very low point of this time during our friendship I managed to push even Jim away from me by stealing what money I could from him and take what possessions were in our cell as I left for another institution. I had convinced myself through my drug-induced stupor that Jim had done me wrong and that I was entitled to these things.

Ten years later, I found myself back at the Oregon State Prison for yet another escape, and I began to wonder why I allowed myself to live in my self-induced hell. I had burned every bridge and abused every friendship I had. I felt totally alone.

It wasn’t long after deciding to live and make some changes in my life that I came into contact with the Dharma and stepped onto the path of the middle way. Just after that, to my surprise, I received a letter from Jim. It put a smile on my face. He shared with me that “no matter what we had been through, we were still friends. We had a history and he was there for me.” This really made an impression on me and showed me what a “jewel” friendship is and what a healing power forgiveness has. This allows me to reach out to others that have treated me poorly and offer them the friendship that Jim gives to me.

There can be no higher position to attain in this world than unconditional acceptance and friendship towards another human being. Friendship relieves the suffering of aloneness that we all feel at times, and it gives us an example to follow that we can embrace and pass onto others.

It has been about 10 months since Jim wrote to me, and I have experienced the seeds of friendship that he has watered with a forgiveness I did not think possible. Thank you Jim. May you be blessed with the same sense of wonder that I have felt through your friendship as we continue to walk this long road through the years.

Find more on these topics: forgiveness