A translation of an article from Neiming (Inner Clarity), issue 6, page 34, published September 8, 1972, about the full ordination of the first Western bhikshuni in the Tibetan tradition, Venerable Kechog Palmo (Freda Bedi).

Sramaneri Palmo is a British nun who came to Hong Kong from Sikkim especially to participate in the ordination ceremony organized by the Buddhist Sangha Association. She was born in 1910 in Derbyshire, England, into a devout Christian family. Later, she studied Politics, Philosophy, and Economics at Oxford University and obtained a master’s degree. While at university, she loved engaging in deep solitary contemplation in pursuit of life’s highest truths. She always believed that liberation could not be attained solely by relying on an external divine power for salvation. Instead, all the afflictions in our mind were the source of our suffering, and we must eliminate all our afflictions to attain peace, tranquillity and lasting liberation. That she had these accurate insights before hearing the Buddha’s teachings shows that the truths the Buddha discovered are universal in all worlds in the ten directions.

During her postgraduate studies, she met an international student from the Bedi clan in Punjab, India, whom she fell in love with and married. She followed her husband back to settle in India, where she first came into contact with Buddhist scriptures. She realized that the Buddha’s teachings were in line with her deep contemplations, which increased her faith in Buddhist philosophy. On many occasions, she wished to leave her family, go forth, and practice the Dharma as a monastic, but her relatives persuaded her not to do so. She reflected that she had borne two sons and a daughter who were still young and needed her care, thus her wish could not be fulfilled.

Nonetheless, over the decades, the thought of becoming a monastic remained in her mind. By 1953, her children were grown and could support themselves independently. She resolved to ordain as a sramaneri in Myanmar. First, she studied with the Vice-president of the local Buddhist Fellowship and President of the Sixth Buddhist Council Sayadaw U Titthila , focusing on Buddhist teachings and meditation methods for years. In 1963, Tibetan lamas fled to India as refugees. When she returned to India, she also became a disciple of His Holiness the Karmapa, who is now based in Sikkim, and studied tantra.

In her early years before becoming a nun, Venerable Palmo led a colorful life. She had careers as a university professor, writer, and social worker. After her ordination, she specialized in relief work assisting Tibetan refugees. She established a Buddhist monastery and a school for lamas where monastics could settle and receive education and training. She feels that her ordination not only supports her own practice but will also benefit new English-speaking Buddhists around the world. Venerable Palmo’s primary interests are teaching meditation and serving as translator for the monastic lamas who preside over the Sikkim Buddhist Center.

In the past few years, Venerable Palmo has traveled countless times to Europe, South Africa, and so forth, to spread the Dharma and teach meditation. This time, she was able to come to Hong Kong to receive the full precepts through the introduction of Venerable You Tan, a senior monk from Hong Kong who travels to Myanmar. She attended the seven-day grand ordination assembly hosted by the Buddhist Sangha Association and was very impressed by the magnificence and solemnity of the Chinese-style head-shaving and ordination ceremony. She also expressed her deepest gratitude to all the laity for their enthusiasm in helping her to fulfill her long-cherished wish.

Venerable Palmo flew back to Sikkim on August 8.

Photo captions from top left going clockwise: [photos in the original article are not shown here] 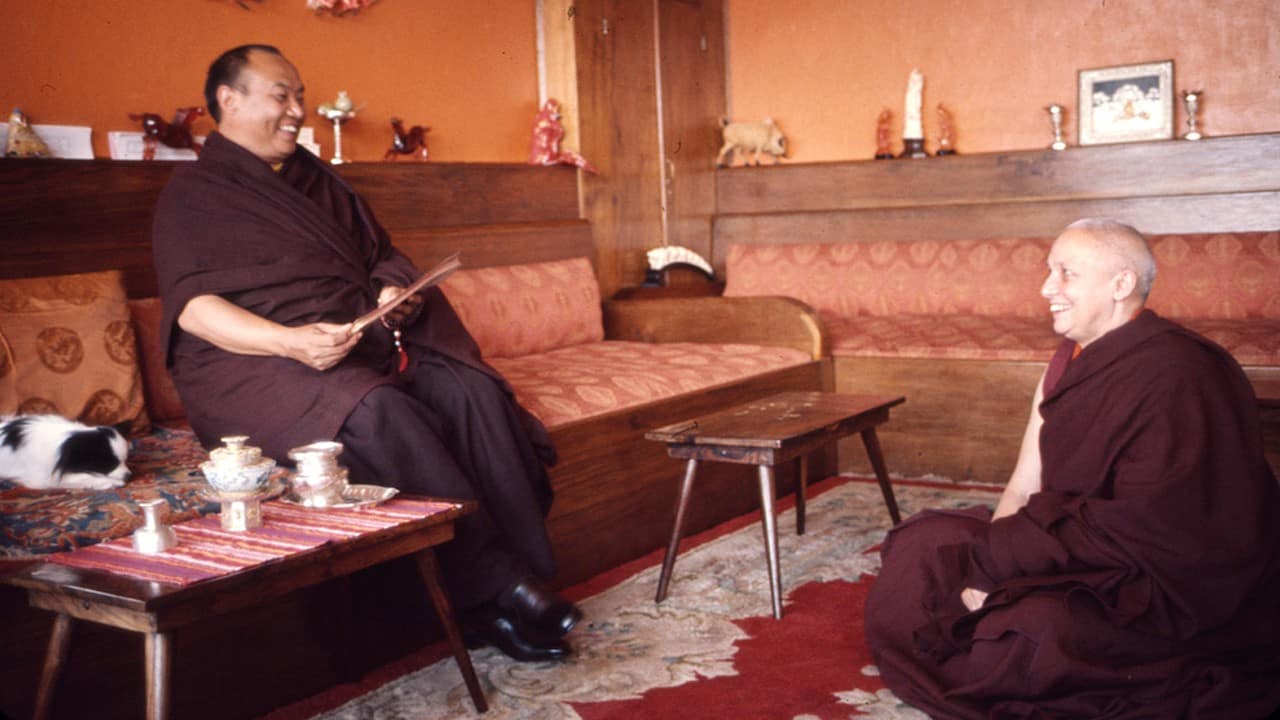 A pilgrimage to Tibet