Selflessness keeps you out of SHU

Selflessness keeps you out of SHU

A letter from an incarcerated person describes how Venerable Thubten Chodron’s teaching helped free him from his own personal Special Housing Unit.

I just completed the entire set of Venerable Chodron’s DVD series “Mind Training Like Rays of the Sun” based on the book by Namkhai Pel. This comes at a time when my personal life here in prison has been in upheaval. Because of drama in my family at home, I’ve been given to shortness of patience and bouts of depression here in prison. Then, as I was studying these lessons, a phrase leapt out at me: Construct a fort where the danger is greatest. Why? Because difficult situations are where our afflictions such as greed and anger can easily arise and lead us down a slippery slope. When Venerable Chodron explained this section of the teaching, she suggested we train consistently to deal with difficult situations. 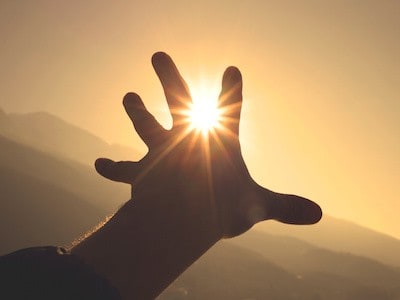 Whether happiness or suffering befalls the body and mind … you should transform it into a factor conducive to accomplishing awakening. (Photo © francesco chiesa / stock.adobe.com)

Incredibly, I had this epiphany while watching these teachings. I recall, it was Disc 18 and Venerable Chodron read, “Whether happiness or suffering befalls the body and mind … you should transform it into a factor conducive to accomplishing awakening.” This is the basis of the teachings of Shakyamuni Buddha—recognizing, enduring, and overcoming suffering in order not only to attain awakening ourselves but also to help others achieve the same. It became clear that in the past I had given into a lot of selfishness and self-pity, feeling that my own suffering was so much greater than everyone else’s. Based on that attitude, I was subjecting others to my suffering and was creating much negative karma.

In prison this is an open invitation to trouble. Allowing selfishness leads us astray, anger prevails, and when we can’t get what we want we lash out. Then we are guaranteed SHU time. Now I don’t know about most prisons, but being locked in the Special Housing Unit here is far from “special.” It’s a prison within a prison, a windowless and ugly place, also called “the Hole.”

So, when Venerable Chodron said to “generate determination not to be separated from the awakening mind of bodhicitta under any circumstances,” I learned what’s most important. Under such unforgiving conditions, I must avoid ignorance and selfishness at all costs. That includes avoiding the afflictions of attachment, greed, anger, resentment, and jealousy. These afflictions produce negative karma, which leave imprints that lead to a whole snowballing horde of suffering.

As I advanced in both reading the text and heeding Venerable Chodron’s teachings on the text, I came to understand that selfishness and ignorance not only increase the danger to myself and others in a prison environment (and outside, on the streets, too), but also misconceptions of “I” and “mine” act as the very root of cyclic existence.

In so many ways cyclic existence is a prison. Falling into destructive emotional and behavioral patterns throws us into what I’ve learned to call “Life’s SHU.” We create a prison for ourselves when we’re confused regarding the illusion-like things of samsara and think they exist inherently.

As the result of watching, thinking about, and then meditating on the teachings, the drama around my family at home became insubstantial and not so overwhelming. Soon, I also let go of my attachment to my own dilemma here. All that matters is what’s beyond these walls—not only the walls and barbed wire fences of physical prison, but also the prison my afflictions and grasping at inherent existence create in my mind. When you develop detachment, everything doesn’t seem so concrete.

When we can develop a mind that is flexible, responsive, and wise, we see the actions leading to cyclic existence (and the SHU) and suffering are like illusions. Prison really has no power over you.

Thank you Venerable Chodron and thank you Namkhai Pel for saving sentient beings like me and those who will now find this grouchy Buddhist that much more tolerable! 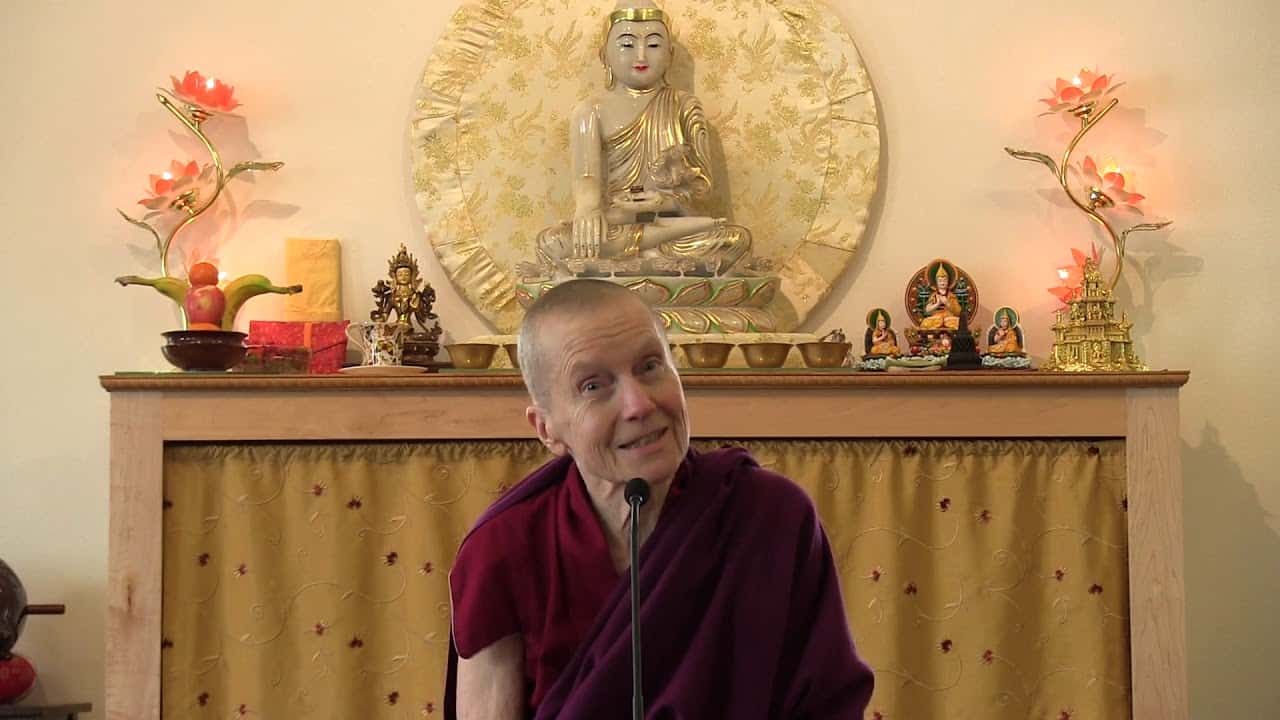 Fame and wealth can corrupt your mind 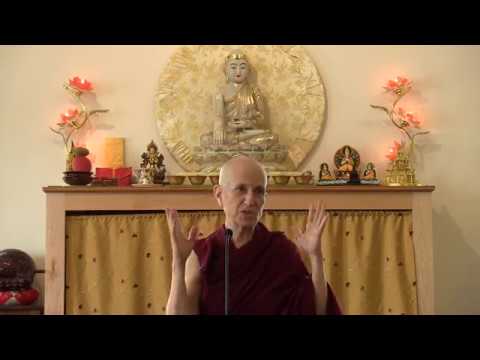 The seven jewels of the aryas: Learning