Turning my life around

Turning my life around

J. is incarcerated for life. Venerable Jigme sent him a thin book on the five precepts and asked him to let her know his reflections after reading it. This is what he wrote:

I received the book One Life, Five Precepts about a month or so ago, and was asked to read it and write back my reflections. I’m not sure what you’re wanting, but I’ve read it twice and want to share what it means to me.

Up until about a year ago, I repeatedly broke all five precepts, without any mindfulness whatsoever. I went about living in a fog, angry that I had to live another day in this place. I lashed out at people, I just took whatever I wanted, I was always high on some kind of drug. I’ve hurt people that didn’t deserve what I did. All this time, I was stuck in a cycle of pain; causing pain because I was hurting, and only making it worse by my actions.

Then one horrible morning I watched a friend of mine brutally stabbed to death by two other incarcerated people. He never had any problems with them—it was gang-related and he was a victim. He didn’t deserve it.

That was a changing moment in my life. I realized that was what I was doing to other people! If something like that could happen to a person who didn’t deserve it, what did I have coming my way for all that I’ve done?

I quit drugs cold turkey, went through detox alone in my cell and had a long look at who I was and who I would become. Around that same time, I met another incarcerated person who gave me a book called Buddhism for Beginners by Venerable Thubten Chodron. It was like reading a book that was written just for me. It opened my eyes and answered so many questions I was having at the exact moment in my life when I needed it most.

Since that moment, I’ve read every available book on Buddhism I could get my hands on. I was familiar with the five basic Buddhist precepts before reading One Life, Five Precepts, but it was a good refresher and gave me confidence that the path my life is now on is the proper path.

I now walk with mindfulness in almost every action I take. I’m aware of my speech, because even a harsh word can have effects that I’m not immediately aware of, for example that person then lashing out and hurting another. I do not take anything that doesn’t belong to me. If I’m meant to have something, it will come to me. If not, I do without. Maintaining my sobriety is hard in a place where drugs are so plentiful, but I am aware that my mental focus and my spiritual confidence depends on having a clear mind. Although at this time sexual conduct isn’t that prevalent in my life, I am aware of how it affects my life and those around me.

I have been to rock bottom, felt its effects, and ended up taking somebody else’s life as a result. That is a weight, a burden, that is beyond the word “heavy.” It’s life-changing in a way that I can’t begin to describe. When I stopped ignoring its effects and finally accepted what I’d done, I realized how precious even the smallest life is. Now I’m so aware of my actions and their effects, that when it rains and the earthworms escape the wet ground and cover the sidewalks, I look like I’m playing “hop-scotch,” avoiding stepping on them. I get funny looks from other people in prison, but it doesn’t bother me because I know what I’m doing. I know I can’t change what I’ve done, but I can take the steps to ensure it won’t happen again.

By living my life within the five precepts and basic moral good, I’m much happier, much less angry and know that I have some good things and some happiness inside me. By living how I am now, I’ve seen things and met people that my old self never would have. I’ve seen its effects on those around me. I actually feel good (most days). And it’s only getting better from here.

I hope this explains things for you. Thank you for the book. I will pass it on to others and hopefully it will affect them, like it has me. 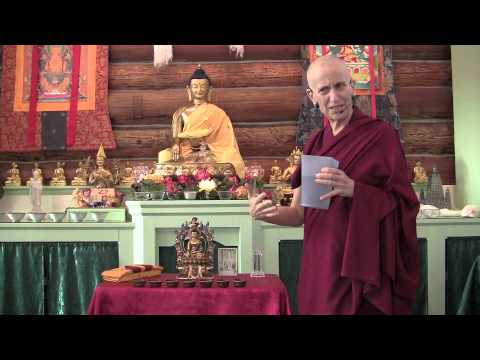 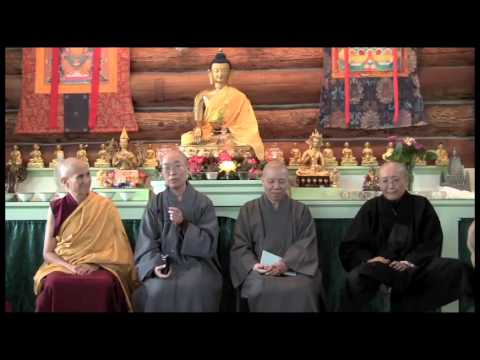