Part of a series of teachings given during the Manjushri Winter Retreat from December 2008 to March 2009 at Sravasti Abbey.

Since this is the end of the retreat, I thought to just say a few words, also so that everybody who has been doing the retreat from afar will get the transcript and have a way to conclude the retreat and rejoice in it. 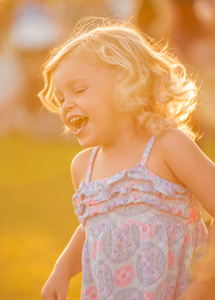 It’s important as we finish the retreat to really rejoice in having had the opportunity to do the retreat and rejoice in our own and others’ merit that was created during the retreat. (Photo by Bill Gracey)

So it’s important as we finish the retreat to really rejoice in having had the opportunity to do the retreat and rejoice in our own and others’ merit that was created during the retreat. Rejoice at any small and big kind of “Ahas!” that we had or understandings that we gained, and to remember even if we didn’t have a lot of instant Ahas!, still, just by creating the cause and doing the practice again and again we are setting the stage for having those moments when we really understand things quite clearly.

And feel happy about what everybody else has done. We’re all doing this as a group, whether the people are doing the retreat at the Abbey, many of you served the retreat, there are like over a hundred people who did the retreat from afar.

And so everybody’s part of this group creating this energy, and so to really rejoice at that and then dedicate it, yeah? And so we should dedicate the merit so we again and again and again have the opportunity to do retreat and that we have the opportunity to listen to and reflect on and meditate on the Dharma teachings, so that we set the stage, we direct our energy so that we can create more causes like this in this and future lives and to dedicate for sentient beings to be able to live in peace in their own hearts and peace with each other. All the dedications in the Shantideva prayer that we do that are on page 67 [Pearl of Wisdom, Book I], all the dedications in the lamrim prayer that are also in the blue Pearl of Wisdom, Book I. And so really steer all of the energy, that merit that we created towards these quite remarkable, virtuous purposes.

Because when we create a lot of merit it’s important to direct it so that it will ripen in the way that we want it to. Otherwise, if we just leave it, then if we get angry or have wrong views it can impede it from ripening. Or if we don’t dedicate it for really wonderful things, it can ripen just in some samsaric pleasure, which is nice but then it vanishes and goes away. So this time we’re really trying to dedicate for our own and others’ liberation and enlightenment and by dedicating it for those very long-term purposes. We’re also implicitly dedicating it for everything, all the conducive conditions that we need beforehand, in order to generate all those realizations. Okay? And so we do this for ourselves and for all other living beings.

Dedication prayer of the gradual path to enlightenment

So I think it’s nice if we do the lamrim prayer in here [Pearl of Wisdom, Book I]. And then just really feel this real wealth of our own and others’ merit and, yes, just a full heart that’s very pleased with what we’ve been able to do, and then dedicate all of that.

From my two collections, vast as space, that I have amassed from working with effort at this practice for a great length of time, may I become the chief leading Buddha for all those whose mind’s wisdom eye is blinded by ignorance.

Even if I do not reach this state, may I be held in your loving-compassion for all my lives, Manjushri. May I find the best of complete graded paths of the teachings, and may I please all the Buddhas by practicing well.

Using skillful means drawn by the strong force of compassion, may I clear the darkness from the minds of all beings with the points of the path as I have discerned them; may I uphold Buddha’s teachings for a very long time.

With my heart going out with great compassion in whatever directions the most precious teachings have not yet spread, or once spread have declined, may I expose this treasure of happiness and aid.

May the minds of those who wish for liberation be granted bounteous peace, and the Buddhas’ deeds be nourished for a long time by this gradual path to enlightenment completed due to the wondrous virtuous conduct of the Buddhas and their spiritual children.

May all human and non-human beings who eliminate adversity and make things conducive for practicing the excellent paths never be parted in any of their lives from the purest path praised by the Buddhas.

Whenever someone makes effort to act in accordance with the ten-fold Mahayana virtuous practices, may he/she always be assisted by the mighty ones; and may oceans of prosperity spread everywhere.

May all beings everywhere
Plagued by sufferings of body and mind
Obtain an ocean of happiness and joy
By virtue of my merits.

May no living creature suffer,
Commit evil or ever fall ill.
May no one be afraid or belittled,
With a mind weighed down by depression.

May the blind see forms,
And the deaf hear sounds.
May those whose bodies are worn with toil
Be restored on finding repose.

May the naked find clothing,
The hungry find food.
May the thirsty find water
And other delicious drinks.

May the poor find wealth,
Those weak with sorrow find joy.
May the forlorn find hope,
Constant happiness and prosperity.

May all who are ill and injured
Quickly be freed from their ailments.
Whatever diseases there are in the world,
May these never occur again.

May the frightened cease to be afraid
And those bound be freed.
May the powerless find power
And may people think of benefiting each other.

For as long as space endures
And as long as living beings remain,
Until then may I too abide
To dispel the misery of the world.

A number of people who have done retreat from afar have written or I saw them in Seattle and they were saying how much they benefited from doing the practice. It’s really nice to hear that. And, hopefully, some of those people will be able to come and do the whole three-month retreat with us in the future, or if not all three months, at least one month, you know, so they can work on their minds even more.

Coming out of retreat

In terms of coming out of the retreat, while we rejoice at everything that we’ve learned and accomplished, realize that it’s a transition period coming out. And so just be aware that changes will happen and you’re going into transition. And for the people who have been doing retreat from afar, you know, you’ve been really in a very regular routine of doing the practice once a day and so I would suggest, if you can, just continue. You know, I mean as long as you’re in the habit, why stop a good habit, just keep going. And as long as you’re benefiting why stop benefiting yourself? Just keep going; keep benefiting everybody else as well and so do the Manjushri as a daily practice, incorporate some lamrim with it. And then in that way, you maintain what you gained during the retreat and you can continue to deepen and enhance it.

The audio file continues after this point with expressions of gratitude for all of the volunteers who helped to support the retreat.