In Ad Seg (Administrative Segregation, i. e. solitary), we are not allowed any mirrors in the cells. When we go to the shower, there is a small one that is bolted to the wall. One day I was stuck in the shower for quite a while, waiting for a guard to escort me back to my cell. The shower is rectangular, about 4′ x 6′, and I looked in the mirror because there wasn’t much else to look at in there. I noticed that there was a small wrinkle on each side of the bridge of my nose. I had never noticed these before and thought, “Where did those come from?”

Realizing that they’re there because I walk around with my brow knitted made me think about the relationship between our mind and our body. I’ve obviously been forming my brows into a stern look for quite a while since it has resulted in wrinkles. As they say, “Keep making that face and one day it’s going to freeze that way.”

Now I notice myself doing it. I catch myself at it fairly often and realize that it is due to tension. It’s an alarm of sorts, because I am continuously on guard against threat or perceived threat. In here there’s the expression, “walking around with a mask on.” It means that you are trying to look mean or hard. I guess that I’ve been having my mask on for some time.

People here don’t talk much about masks. The only time it’s discussed is when someone else points out that you have one on. They bring it up because they are calling your bluff. I guess we wear our masks all of the time, or at least a good portion of it. It’s not done consciously, but is a reflex. We are afraid of being seen as vulnerable. We don’t want anyone to see us as having anything weak about us. We posture ourselves to give off the impression that if you mess with me, you’re going to get some of what you’re trying to dish out. Over a period of time, wearing a mask and acting like this becomes second nature. Like I said, I didn’t even notice it until I looked for it in myself.

In a previous letter, you commented that I used to be very tough and hard. I don’t really think I was. It was an act to hide how afraid I was. I was mean. I was hateful, but that was because I hated myself. My hate for everyone else was because I wanted to blame someone else for how I was.

You talked about how I’ve let go of a lot of that. Recently I saw an example of how I’ve let go of some past stuff. My little brother’s grandmother died. My mom went to the funeral and she told me that Jim, my brother’s dad and her ex, was really torn up about it. She said he looked so old and broken, and that that was the first time she had ever seen him cry.

I’ve hated that man for as long as I can remember almost. But when she told me this, I genuinely felt sorry for him. He probably hasn’t changed much since I was little, but I guess how he is now doesn’t affect me since he’s 1600 miles away. How he was in the past—well, that shouldn’t bother me too much either because that’s over and done. If I look at the Now, he’s just an old man and he might even have a few feelings just like the rest of us. I still don’t like him, but I don’t hate him any more.

I’ve been reciting the four immeasurables many times each day and thinking about them:

The other two I like very much. The wish for all sentient beings to be free from suffering helps me in dealing with others, while the wish for equanimity and freedom from attachment and aversion helps me in dealing with me. In wishing for others to be free from suffering, I am able to empathize with them and their situation or pain. When I see others in this way, it is hard for me to hold anger or hatred towards them. In wishing for equanimity, I have to start with myself. I can’t expect that everyone else will be free of bias, attachment, and anger if I am not. Only by trying to change my own habits, temper, and prejudices will I ever be free to maybe help others to lose those negative qualities. I can relate to these two because I know what suffering is, and I also know what hate is. It’s hard for me to understand about happiness. 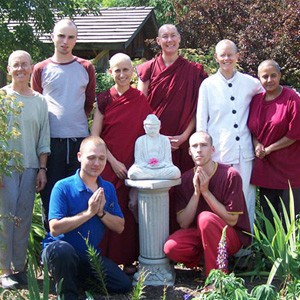 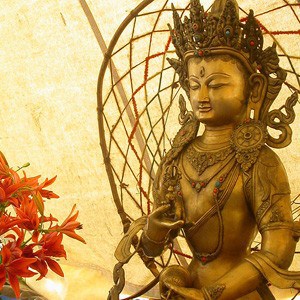