How to deal with sickness

What we can do until we eliminate its root cause

We all get sick. The only way to avoid sickness is to die first. But otherwise, once we’re born into cyclic existence with this body that’s under the influence of mental afflictions and karma, then sickness is guaranteed. But that’s the nature of our body—it gets old and it gets sick.

So how do we deal with sickness when it comes? We can just feel sorry for ourselves. We can blame somebody else. We can be angry. We can make ourselves and everybody around us quite miserable. Does that cure the illness? No, of course not. 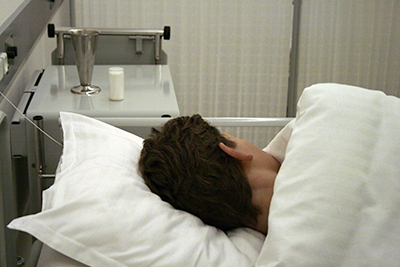 Eliminating ignorance and attachment will eliminate our rebirths in samsara, the root cause of sickness.

Obstacles to eliminating the root cause of sickness

One thing is to get rid of the root cause of sickness, which is birth. [laughter] If we don’t want to get sick, then we should not be born in samsara. How do we get rid of birth in samsara? By eliminating the principal cause, which is principally ignorance and attachment.

So here we are again. Root cause of our suffering: ignorance and attachment. Why don’t we eliminate ignorance and attachment? Because we’re ignorant and attached. [laughter] We have to see the situation clearly. We have to develop great courage to see the situation we’re in, and then put some effort into realizing the ultimate nature of reality, the emptiness of all phenomena. In that way, we eliminate the ignorance which causes birth, aging, sickness and death.

Now, until we get to that point when we can realize emptiness, how else can we deal with sickness? Well, there’s a variety of quite interesting ways.

Press the “pause” button on our horror stories

One way is to examine the mind and see what our reaction to sickness is. I don’t know about you, but when I’m sick, my mind gets very afraid and I start writing horror stories.

Or we have an upset stomach and we think, “Oh, I have stomach cancer.” When our knees hurt in meditation position, “Oh, I’d better move because otherwise I’m going to be crippled my entire life.” Does your mind write these kinds of horror stories?

It’s quite interesting. In our meditation, we experience different physical sensations. If we label a sensation “pain in the knee,” then everything really starts to hurt. But if we label it “sensation” and we don’t have the concept of the knee so much, then it’s just a sensation. Where’s the sensation? Where’s the body?

You can experiment with different ways of playing with the physical experience of pain in your meditation, instead of falling back into the habit of tensing around it and being afraid of it.

Another alternative way to respond when we’re sick, is to say, “How great that I’m sick!”

It’s the opposite of how we usually think, isn’t it? The Dharma antidotes for most of our afflictions are the exact opposite—exactly what we don’t want to do. It’s the case here, which means when we’re sick, to say, “Great! It’s so great that I’m sick.”

You’re going to say, “Are you crazy? What do you mean by it’s great that you’re sick?”

Well, our illness is caused by negative karma that we created in the past. Now that the negative karma is ripening in the form of our sickness, it’s not obscuring our mind anymore. Maybe that negative karma actually had the force to cause us to be reborn in a horrible rebirth (such as a hell being, hungry ghost or animal) for quite a long time, but instead it’s ripening now as some kind of small pain. If we look at it that way, then the illness we have right now is actually quite manageable. It’s not something to freak out about. It’s not that bad.

So sometimes, saying “Oh good!” is a good antidote. I’ll tell you a story about one nun who is a friend of mine.

One time she was on retreat and she had a big boil on her cheek which was very painful. During the break time between her meditation sessions, she bumped into our teacher, Lama Zopa Rinpoche.

Rinpoche said, “How are you?”

This was of course the last thing she wanted to hear. She wanted some pity instead. But Rinpoche said, “This is fantastic! All these negative karma that could have ripened in a horrible state, you’re experiencing it just by having a boil. How fortunate you are!”

So whenever we have some kind of physical pain or illness, if we look at it in this way, if we are able to see it from this other perspective, then we realize that it’s actually not so bad. We can bear it when we think of how it could have ripened in another way that would have brought much more suffering. And we can feel fortunate that this karma is ripening now, so then it won’t obscure our mind anymore. So this is another tool to use when you are sick.

What would His Holiness the Dalai Lama say?

There is another story that I love. This happened several years ago to a friend of mine. She was young, maybe in her early thirties. She had not been feeling well for a while and had gone to the doctor. The doctor gave her some horrible prognosis and told her, “This does not look good. You’re going to be sick for a long time. You might die from it.”

My friend’s instantaneous reaction was of course to get upset and feel scared and sorry for herself. Then at one point, she just stopped and asked herself, “Well, if the Dalai Lama were in my position, how would he feel? How would he handle this situation?” She thought about it, and the conclusion she came to was that His Holiness would say, “Just be kind.”

So she adopted that as her motto: “Just be kind.” And she thought, “OK, I’m going to be in the hospital for a while. I’m going to meet all sorts of people—the nurses, technicians, therapists, doctors, janitors, other patients, my family, and others. I’m going to come into contact with a lot of people, and I’m just going to be kind.” She made up her mind that what she was going to do was to be kind to whoever she happened to encounter.

She said once her mind thought like that, then it became peaceful. That’s because she had accepted that she was going to be sick and she had a mode of action, which was to just be kind. She realized that even when she was sick, she could still make her life beneficial. She could still give something to others that would improve the quality of their life.

As it turned out, her doctor did more tests and told her that he had given her a wrong diagnosis, that she didn’t have such a bad disease. Of course she’s quite relieved to hear that, but she said it was a very good experience having to go through that.

What is a worthwhile life?

I also remember when I was living in Singapore in 1987 and 1988, there was one young man who was dying from cancer. He was in his late twenties. One day I visited him and he said, “I’m just a useless person. I can’t even leave my flat.” We were near the window, and I said, “Look out that window. All those people running around—do you think their lives are worthwhile? They might be busy doing a lot of stuff but does that mean their lives are worthwhile?”

It might be easier to practice if we are healthy, but still, if you’re sick, you use whatever time and energy you have and you practice. Even if you can’t sit up straight, or you’re lying on the bed, or you’re sleeping a lot, or whatever it is, you can still think kind thoughts. You can still contemplate the nature of reality. You can still think about karma. You can still take refuge in the Buddha, Dharma and Sangha. There’s still a lot that you can do even when you are sick. And that makes your life very, very meaningful.

Don’t think your life is meaningful just because you are running around making widgets. Don’t think that this—having something to show for on the outside—is a qualification of a useful life. Sometimes, we may have a lot of things to show for our efforts on the outside, but in the process of doing these things, we created a ton of negative karma. That negative karma is not a useful product of our life.

On the other hand, we could be sick and lying in bed, but if we use our mind to create a lot of positive karma, that will become the cause for a good rebirth and bring us closer to liberation and enlightenment.

Don’t underestimate the power of the mind. The mind is really very powerful. Even if you’re sick, just the power of the positive thoughts that you generate can influence the people around you quite a bit. 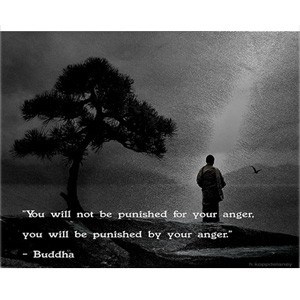 To bear the unbearable 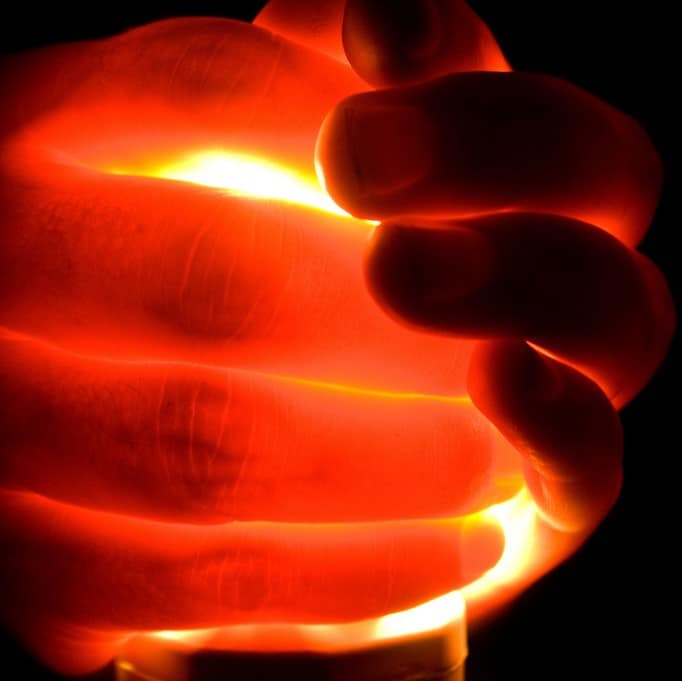 Dependent arising and our true nature