In 2002, I had the fortune to attend a Catholic-Buddhist monastic dialogue at Gethsemani, Thomas Merton’s monastery in Kentucky. We nuns wanted more time to discuss amongst ourselves, so the Catholic Monastic Interreligious Dialogue organized Nuns of the West. We met over Memorial Day weekend in 2003 at Hsi Lai Temple, near Los Angles. The dialogue was so rich that we were eager to continue, and thus Nuns of the West II was again organized by MID and hosted by Hsi Lai Temple, May 27-30, 2005.

Most of the 25 nuns in attendance had participated in our first gathering, but the group was enriched by the participation of several newcomers. The Catholic sisters comprised of both monastic sisters (those whose lives were organized around the daily Office) and apostolic sisters (who were more involved in social welfare projects). The Buddhist nuns were from the Tibetan, Vietnamese, Chinese, Japanese, and Korean traditions, and one Hindu nun was also present.

In our initial go-around, we articulated the wish for our dialogue to go deeper now that we knew each other better, although none of us knew what direction that depth would take. We agreed that understanding and tolerance, not consensus, are goals of dialogue. Dialogue helps us to stretch our boundaries; it also enriches both our belief system and our spiritual practice. Furthermore, our contemplative practice enables as well as seeks dialogue.

Several of the nuns expressed that our meeting and sharing together was important in this world where people are once again dividing into political groups along religious lines and killing each other in the name of religion. The power of women of different faiths meeting together and sharing in harmony cannot be understated. Although we alone cannot cure the world’s ills, we can give an example of hope to others and our gathering is a contribution to world peace. With this in mind, we plunged into discussions with the whole group seated around an oblong table. Later we broke into smaller groups which enabled us to connect even more.

The topics were fascinating. For example, we discussed God and non-duality (leave it to us nuns to jump into the midst of things!); the role of study, prayer, contemplation, and meditation; types of meditation; the benefit of a monastic way of life to society as a whole; the role of authority in spiritual practice and in communities; the meaning of commitment to a spiritual path. We shared rituals, chanting, and music from our own traditions, as well as laughter and humor.

Seeing the similarities as well as differences in our philosophies and practices enriched us. One dialogue I found particularly interesting was the topic of justice. I’d never heard any mention of this word during my many years of Buddhist study and was personally confounded by the multiple meanings it seems to have today. Politicians take “justice” to mean punishment and sometime use the word as a euphemism for revenge and aggression. The Catholic nuns, on the other hand, use the word very differently: to them it indicates action that remedies poverty, human rights abuse, racism, and other inequalities. As Buddhists, we support these latter aims, but we would use the term “compassionate action” to describe our efforts to improve the world and the lives of the individuals in it.

This led us into a discussion of our world view. Is the world a place that can be made perfect? Or is it flawed by nature? What constitutes benefiting others? Is it giving others food, shelter, clothing, medical supplies? Is it changing societal, political, and economic structures that perpetrate exploitation and violence? Is it freeing ourselves from ignorance, attachment, and hostility so that we can lead others to that same freedom? Are all these ways equally necessary and valuable? If so, how do we decide where to put our energy? If not, it is suitable to express disappointment at the “limited” ways that others help society? Personally speaking, I believe this issue speaks about the variety of dispositions that the Buddha so often commented upon. Each of us has our own talents and ways of giving and benefiting. All of these are valuable and all are necessary. Some people excel in changing societal structures, others are more effective in helping individuals in a personal way. Some help by their prayers and their example of ethical discipline, others by teaching and guiding others. Mutual respect and appreciation for the diversity in how we contribute to the welfare of others is as important as honoring the diversity in our religious beliefs and ways of practice.

I was also fascinated by our discussion on the prophetic roles of monastics. “Prophetic” is another word not found in Buddhism, and its Old Testament usage, with which I was familiar, didn’t seem to fit what the Catholic sisters meant. They used it to indicate the conscience of society: those who were not invested in society’s norms could point out injustice and degenerated practices. They would speak out to encourage others to correct their misguided ways. The Buddha certainly gave counsel to kings, ministers, and society at large, but more often this took the form of articulating general guiding principles instead of addressing specific instances. It seems to me that the countercultural role of a prophetic voice could function in several ways. One would be through living a monastic lifestyle of simplicity, which, by example, challenges society’s addiction to consumerism and materialism. Another would be through actively teaching good values and principles to others in churches, temples, and Dharma centers. A third would be those who address the public or who speak to the media regarding specific issues and events occurring at this time. This topic, however, requires much more discussion as does the topic of justice and compassionate action. My hope is that this MID will continue to organize these gatherings, and that Hsi Lai Temple or other monasteries will continue to host them so that this will occur.

As a Buddhist nun who is embarking on the great adventure of founding an abbey in the West, I deeply appreciate the support of these nuns—both Buddhist and Catholic, Western and Asian. Some of them have visited our fledging abbey, others will in the future (More than one Catholic sister asked about doing retreat at Sravasti Abbey). They have years of experience to share and a mind that rejoices at what is wholesome in the world. Beyond dialogue, genuine friendships amongst us are growing.

View photos and a report from “Nuns in the West II.” 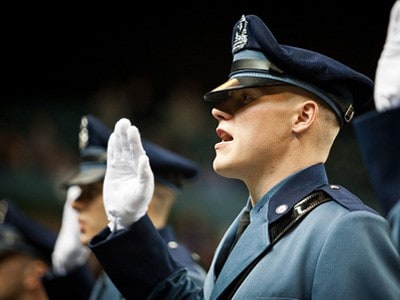