Recently the dealings with my own personal demons have been at the forefront of my Buddhist practice, and I have had to take them to task in order to deal with them and get them under control. Personal demons are those things and thoughts and fears that seem to come into our lives unbidden, at a time when we are most vulnerable and hence seem to make whatever we are going through much more intense and much more agonizing. 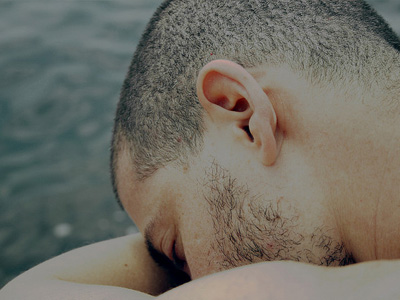 Personal demons seem to come into our lives when we are most vulnerable. (Photo by Emmanuele)

For example: I recently started a Vajrasattva purification retreat with 82 other people around the world. Some are in prison in different states or countries, some are in an abbey, and all are connected to the fact that we want and need to purify much negative karma created over many lifetimes. On the first evening of the retreat I taped up the 100-syllable mantra that we are supposed to recite, in front of me so I could see it because I had not yet memorized it. The goal was to recite it 108 times as we visualize Vajrasattva pouring his purifying nectar into us. It took me roughly 45 minutes to do this, and afterwards my knees and back ached so badly. I was miserable and did not think that I could keep this up for 90 more days. Consequently I stopped participation altogether.

Within the next few days I started abusing a medication I was taking, took down my altar and let all my demons have full reign of my mind. I dove into all the worldly concerns that only lead to suffering in the long run. This type of behavior and thought process seem to happen to me whenever I get to a point in my practice where I am about to make some headway or start something good for myself. Then I take two steps forward and three steps back. I do seem to work through this madness but at the cost of three or four weeks of my practice being on stagnant hold. It gets fairly old after a while and I have started to look at these personal demons more closely in order to discern just what is taking place. I believe that it is a type of self-destructive way of thinking that I have allowed to creep into my mind over a period of 45 years. I think that it started when I was young: certain people would call me stupid, and I came to believe that to be true. Then as I grew older, it seemed that I could not do anything right because I was stupid. So I started to think that things would automatically go bad whatever I was trying to do.

I remember times in my early 20s when something good would come my way. I would recognize it as positive and start getting a little paranoid thinking, “Ok, what’s going to go wrong?” For years this tape would play over and over in my mind and would be reinforced because I would do something to cause it to go wrong every single time.

It was not until recently that I came to understand that what has been happening is self-sabotage. By calling these things I would do to upset the good things in my life demons, I was taking away any responsibility that I had to own up to my actions and putting it on an outside source as if it were something that I could not control. I was deceiving myself and causing my own suffering. This way of thinking became habitual over the years so that I could not or would not see what I was doing to myself. Now that I realize that it is my own thought process that is to blame and not some evil imp who goes about destroying whatever good and positive things that come my way. I am more able to control this way of thinking now and am making some steps forward into positive living that escaped me when I thought that I had no control over what happened to me.

I am now back on my cushion as part of the retreat again. When one of these demons comes up now, I just smile to myself and breathe.

Find more on these topics: purification