Greetings from the “Gray Wall Monastery”!

That’s what I call the Oregon State Prison because it has a 30-foot, gray, moss-tinged wall that surrounds the prison proper. Although I have not seen that huge gray wall in over two years, and it may be a while before I see it again, it still remains the boundary of my world, my monastery. 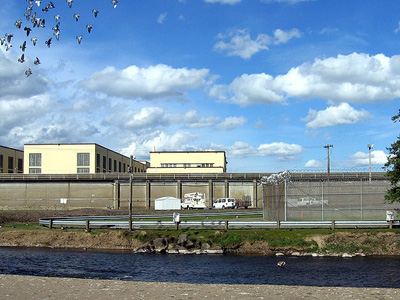 The day after sending in my article on teachers and how we should thank those very special ones that rear up from time to time and teach us to endure adversity, I found myself demoted down to the absolute beginning process of working my way out of an intensive management unit.

For what reason was I moved and demoted? I passed a note and some allergy pills to another prisoner. Bottom line for the administration was that I broke one of the rules. Bottom line for me? It was karma—plain and simple. I have to laugh though because it took me two days to get to realize that.

When the hearings officer said she found me guilty and sentenced me, my first feeling was of being punched in the gut. You know that feeling you get when you realize that all the hard work and sweat that you put into something has come to naught and you are shocked at having to start all over again and really don’t want to? That’s how I felt.

I would have to move from the unit I was in, where it was relatively quiet and respectful, to a until where they housed the severe mental cases that yell all day, kick their doors and throw their bodily fluids on the guards. (Ha, ha, I can just hear Venerable Thubten Chodron saying, “Want some pity, L. ?” We joke like that!) But I was feeling pitiful and even self-destructive and that is not a good head space for me to be in.

For a few minutes I entertained the idea of joining those who suffer in their minds. But then I realized that adding to the suffering would be to break my vow of bringing peace to those around me.

Then I entertained the idea of going on a hunger strike to protest the injustice of being demoted down to level one. It is funny that even in the midst of working through my problems, I will still seek a source outside myself to blame my problems on. After reflecting on that idea and also knowing that we were having pizza that night, I gave up that thought.

Since going through all of this last week, I have come to understand that I was trying to take control of a situation I had no control over.

Lack of power and control over even the smallest things in our lives is one of the most frustrating things a person deals with while incarcerated. Most of us have spent our lives taking control of situations and people, trying to manipulate them and dominate them. So, when we are subject to others controlling us, we lash out and try to seize control. Usually this manifests in a destructive way. We seek extreme methods coupled with anger, and this only results in those who DO have control of the situation (or soon will have) to take actual physical control of us. Then we usually find ourselves bloody and shackled down in a strip cell. This is definitely not a good method to gain control of our situation.

Consequently I had to stop and ask myself: “What do I actually have control over and what has actually changed in my situation?” By asking myself these two questions, I take control of myself, which answers my first question, for all that I have control over are my thoughts, feelings, and actions. By realizing what had actually changed, I come to understand how I got there, whether “there” is a change in mental perception or a different physical location. Then I can work on making the change better or worse for myself; depending on what I want the outcome to be.

So I sat down in meditation, calmed myself, and did a giving meditation that is called “tonglen” in Tibetan. You practice by visualizing taking the pain and suffering of those around you into yourself. Then you visualize giving our peace and love to them. I started with the men around me and move out to the prison, the city around the prison, the work, the galaxy, and then the entire universe.

I find that voluntarily taking on others’ pain and suffering alleviates my own suffering. At the end of this meditation, I feel full of peace and love.

Once I had finished, I realize that I had taken control of myself and my surroundings and added positive energy to our world. I accomplished something that releases my suffering and is actually good for me. 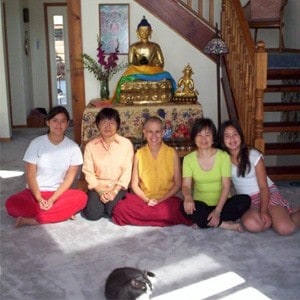 The creator of happiness and suffering

Jewels of the Dharma