W. P. is 27 and has spent the last 7 years in prison. He’s been practicing Zazen in prison and has found the taped meditations on love and compassion very helpful. He said he liked writing stories, so I asked him to write one. This is the first. It’s true.

When I was 18, I did a lot of hard drugs and ran with a lot of rough people. I sold drugs, burglarized houses, and hustled stolen checks to buy drugs and to live off of. One night three of the guys that I committed these crimes with decided for some reason to kill me.

We were snorting cocaine all evening and ran out of it about midnight. I was watching a documentary about Mike Tyson on TV. They were huddled together on the couch discussing something. Out of the blue, John tells me that he’s going to score some more coke. The other two guys, Tim and Eric, continued watching TV.

John came back about 15 minutes later and separated four lines of coke on a mirror. Then he rolls up a dollar bill and snorted his line. But instead of snorting it, it looked like he blew it off the side of the mirror. I just thought my mind was playing tricks on me because I had no reason to believe these guys were out to get me.

So I snorted my line next. And as soon as I snorted it, I thought that coke shouldn’t burn your nose this bad. Then I lost my vision for about 20 seconds, maybe longer. When it came back, there were thick red rings around all the lights like a red rainbow. My head felt like it was split open, my teeth were clenched, and my heart was racing a thousand miles per hour.

I looked over at Tim and Eric, and they were scraping their lines onto a piece of paper and folding them up, saying that they were saving it for later. Well, drug addicts don’t save drugs for later. I knew right then that they had poisoned me.

I looked back over at the TV, trying to keep my composure while I figured out what to do. But I couldn’t think because of the poison and the fact that I was panicking. Then I noticed that someone turned the TV off. I don’t know how long it was off. But I’m sure they noticed me watching a blank screen.

I decided that I had to get out of there fast. So I looked around the living room and noticed that two of John’s kids were sitting on the floor playing. So I didn’t think they would resort to violence if I got up and left. The only problem was that I didn’t have my car there. So I took a gamble and told Tim to give me a ride to the store. They all looked shocked, but Tim agreed.

I chose Tim because I went to school with him and knew that he couldn’t fight. He was a thief, but not a man of violence. Anyway, when we got in the car, I told him to give me a ride to my mother’s house, 30 miles away. He tried to talk me into going back to John’s house, but finally gave in.

He didn’t say anything on the way. But he kept glancing over at me out of the corner of his eye. I didn’t confront him though. I was too busy trying to hold my composure together. I was debating whether to have him turn around and take me to the hospital. My heart kept beating faster and faster, and my headache was getting worse. Before I had made up my mind, we arrived at my mom’s house.

I went into the kitchen and got gallon milk out of the fridge and started drinking it. Then my heart started to skip beats and slow way down to one beat every five seconds. Then it would start racing again. It kept doing this over and over.

I thought, “Oh well, I guess they got me.” So I got a piece of paper and wrote all their names on it along with a sentence saying they poisoned me and stuck it in my back pocket. Then I grabbed the cordless phone and the gallon of milk, went into my mom and stepfather’s bedroom, and sat down in my stepfather’s recliner. He woke up and asked me what I was doing. I told him that I felt sick and was sitting there in case I needed him to call an ambulance. He didn’t say anything else. So I sat there for the next three hours, saying every kind of prayer I could think of while drinking the milk.

I woke up the next day in my old room, and my first thought was to go find a gun and shoot the three guys. But by the time I took a shower and got something to eat, I realized that they didn’t try doing anything that I wasn’t already doing to myself. The cocaine, crack, and acid that I was doing were all poisons. And if I’m voluntarily using these poisons, why should I kill these guys for giving me a different one?

So I decided not to retaliate and laid low for a while. I got a job in a trailer factory and moved back in with my mom for a while.

That was the last time I used hard drugs. Unfortunately, I soon got hooked on alcohol, and it is worse than all of them. I quit using drugs, drinking, and even smoking cigarettes, but I still crave alcohol. Staying away from it when I get out will be a challenge, but I think I can make it. 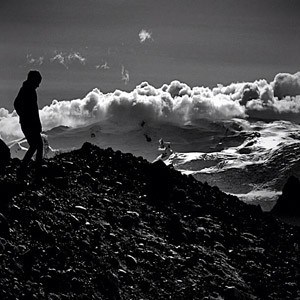 Karma and your life

Working with Buddhists behind bars