During the time he was teaching in New York City in September, 2003, His Holiness the Dalai Lama met privately with a group of former inmates. They told him about their experience in prison and their endeavors to practice the Buddhadharma there. His Holiness later shared his reflections on this meeting when he spoke to the thousands of people attending his teachings at the Beacon Theatre and the estimated 65,000 who attended his Sunday morning talk at Central Park. What he said was similar, though not exactly the same, on these two occasions, and I share with you what I remember (I didn’t take notes, nor was I at the meeting). 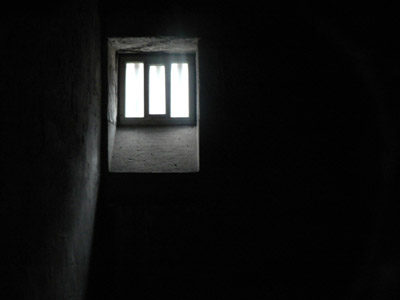 I wished that all those imprisoned could have heard His Holiness directly and experienced his tremendous compassion for them. (Photo by Aapo Haapanen)

His Holiness was very appreciative of the meeting and said how touched and saddened he was hearing the suffering that people experienced while incarcerated. He admired their efforts to learn and practice the Dharma in such a hostile and violent environment and said that the cultivation of compassion is extremely important.

He also commented on the injustices present in a prison system designed to punish rather than rehabilitate, a system which brands people as “evil” instead of seeing their potential and the purity of their Buddha nature. The structure of the prison system is in bad need of reform, he said. Looking directly at the audience, he stated emphatically, “But I am not a citizen of this country, you are. Therefore, you are responsible for changing this system. You need a system that helps both the inmates themselves and society in general.” A loud round of applause by the audience followed this statement.

Having done prison work myself for several years—both corresponding with inmates and teaching Buddhist groups in prisons—I was very moved by the depth of His Holiness’s knowledge of and care for people who are generally feared and therefore discarded by society. His care was not only for the individuals themselves, but for the system in general, in which everyone—inmates, their families and friends, guards, and prison staff—is trapped. I wished that all those imprisoned could have heard His Holiness directly and experienced his tremendous compassion for them.