Venerable Thubten Tsultrim reflects on how pride can prevent us from cultivating bodhicitta.

The lion of pride is roaring.

What is pride? One of the dictionary definitions is: “An excessively high opinion of oneself: conceit.” Another definition is: “A company of lions.”

Dwelling in the mountain of wrong views of selfhood,
Puffed up with holding itself as superior,
It claws other beings with contempt:
The lion of pride—please protect us from this danger.

I know how this feels. Sometimes it feels like I’m backed into a corner, claws extended, growling, warning everyone that I am feeling very unsafe and need to protect myself. This is pride.

The verse says, “The wrong view of selfhood” because there is no inherently existent person in here.

So what am I protecting?

It also says, “dwelling in the mountain,” meaning that when pride is in play, you feel you’re all alone, above everyone else.

Pride—puffed up and holding itself as superior. Pride says, “I am right, you’re wrong.” It says, “I don’t want to talk to anyone because I know they are not going to be on my side—not that they will take the other person’s side (if there is another side to take).” So you just stew in the hurt and anger. 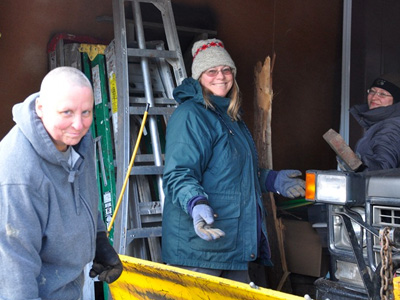 The internal harm that we do to ourselves is what hurts us the most.

This internal harm that we do to ourselves is what hurts us the most. Pride cuts us off from all beings. Everything is connected. Pride is the “big I” that says I am different, I am better. But that’s not the way things really are, because everything is the same.

A lion is fierce. So is pride. It “claws other beings with contempt,” because when pride flares, everyone is an enemy. There is no differentiation except me vs. them. You can stand there and watch your mind split into two camps: the “make-some-sense camp” which says, “That’s not the way it really is,” and the pride camp, which says, “You’re probably right, but right at this moment, everyone is against me.” That mind doesn’t care about the other person’s feelings; only its own self-centered feelings matter.

Pride gets in the way of bodhicitta. And so it is very easy to allow your pride to hurt other people, because you simply don’t care, or you feel that you somehow have the right to make them hurt as much as you do. Even if you’re only doing it in your head.

When the lion of pride is roaring in your head, how do you get that lion to go to sleep?

You somehow have to tame the big cat. Put it to sleep by silence, by not letting the words in your head influence the pain in your heart. This is the hardest thing, because it feels absolutely real, and yet it is just an illusion. But it is a necessity to prevent this pride from overpowering you if you follow the Mahayana path.

How can you practice bodhicitta, the wish to become awakened as soon as possible in order to free all sentient beings, if you are consumed by this pride? Is it any wonder that when the first Dalai Lama wrote of this lion of pride, he said, “Please protect us from this?”

What you need to do is transform this struggle into the path, by remembering what is important—equanimity, the kindness of all sentient beings, and bodhicitta—and by turning your thoughts outward instead of focusing them inward. Then maybe you can get that lion to start purring instead of growling or roaring.

And maybe you could get some sleep. 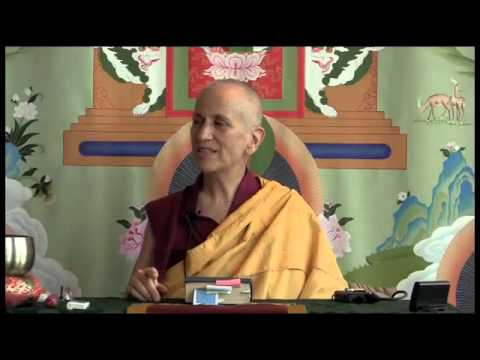 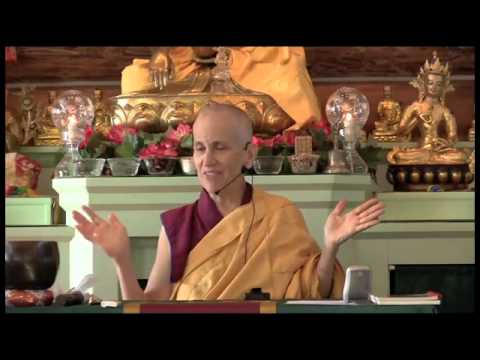