Musings at a red light

Musings at a red light

Whenever a prisoner is taken outside the fences, whether it’s for a court appearance or a medical appointment, he is strip searched (always an interesting experience), handcuffed, and shackled. Accordingly, my two escorts for the day searched me, chained me up, and shuffled me out to a white van with steel mesh on the back windows.

My most recent glimpses of the outside world have been either by looking through the chain link fences topped with concertina wire that surround the compound or by watching television. The view through the fences is pleasant enough—surrounding the facility are thick woods out of which a few deer will wander in the evening to feed on the tall grass. The view of the outside world garnered from TV is far more troubling: war, genocide, famine, environmental decline, political corruption; all mostly ignored by a culture obsessed with iPods, cell phones and “reality TV”—who will the Donald fire next? At times prison seems saner than the outside.

Here I was suddenly out in the world again, albeit shackled. It was two days after Christmas. We drove through a suburban landscape of strip malls, multiplex cinemas, and fast-food joints. We stopped at one of those really long traffic lights, where there’s heavy traffic turning into a mall, so you have to wait and wait and wait. As we sat, I peered through the steel mesh at the people hustling and bustling, talking on their cell phones while eating their Whoppers while driving their SUVs. No doubt, many were exchanging Christmas presents: wrong sizes, previously viewed DVDs, unwanted computer paraphernalia. I became keenly conscious of the multitude of thoughts and feelings that arose in my mind.

I must admit there was a part of me that couldn’t wait to get back out there to consume, to spend, to try in vain to satisfy my desires and cravings. As aware as I thought I was of attachment, after studying Buddhism for some time now, I still had yearnings for a new video phone, some Starbucks coffee, and a new Sleep Number mattress from Mattress World. We are after all, sensuous beings.

I thought of the yogis of ancient India and Tibet, coming out of their caves or hermitages after years of meditation. How chaotic and insufferable the world they stepped back into must have seemed! Did they, as I had, experience small pangs of craving? Or, after years of contemplation and meditation, were their minds full of the wisdom of emptiness, selflessness, and compassion? Just how much meditation does that take? Lots of questions.

Mostly I thought of something Bo Lozoff says. Bo is a spiritual seeker who does great work in prisons around the world. I’ve read his books and was fortunate enough to hear him talk at the prison where I am now. He says, “We’re all doing time.” In fact he wrote a book by that title. Some of us are imprisoned by fences, others by our wealth, or our egos, or drugs, alcohol, food, the list goes on and on. It’s that attachment to worldly minutiae that keeps us depressed, angry, anxious; keeps us mired in the muck. Only by escaping the shackles of our desires can we find true spiritual bliss. And now I, handcuffed and shackled, finally saw and understood what Bo was saying as I looked at the people around me, who didn’t know that, like me, they were also doing time.

Finally, the light turned green and we proceeded to my appointment which took all of five minutes. Then it was back to my hermitage, the Federal Medical Center. I was unshackled and the handcuffs were removed. Back in my 8 x 10 foot three-man cube, where all of my worldly possessions fit nicely in a 42”x 24”x 16” locker, I sat on my hard, lumpy mattress, took out my mala prayer beads and meditated—content. 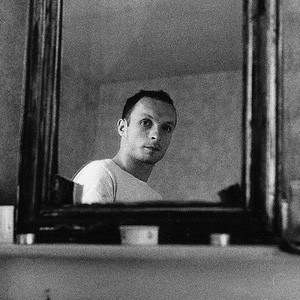 Reflections on “At Hell’s Gate” 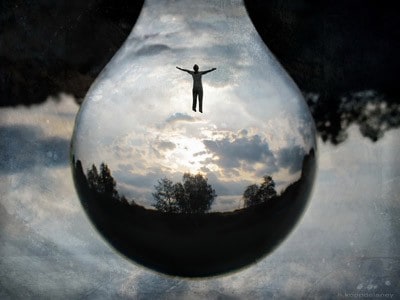