Meaning in life by benefiting others

Meaning in life by benefiting others

Below is an excerpt from an email from Ruby Pan (now Venerable Thubten Damcho), who wrote to Venerable Chonyi about her experience of feeling empty inside when pursuing goals with a self-centered motivation and finding meaning after changing her motivation to one that cherishes others.

I have been struggling with my “hungry ghost mind” in my practice for the past few months, and I know that part of that stems from my doubt about whether or not the Dharma works. Even though I started my second year teaching in a public school with the determination to benefit my students and colleagues, a lot of new challenges came my way and it has been difficult to exercise forbearance in all circumstances. I even began to doubt the “usefulness” of going on retreat, and wondered whether I was just trying to “run away” and “feel good” when on retreat since I was having difficulty applying what I had learned in my daily life.

However, I know for a fact that retreat has transformed my mind and my life. So I spent all of last week reading Dharma books, doing Chenrezig practice, and also doing lamrim meditations. Since I’ve been meditating on lamrim for about half a year, I’m now on the section about generating bodhicitta: meditating on equanimity, the disadvantages of self-cherishing, the kindness of others and compassion. It was a nice, quiet week, and this week I went back to “normal life,” going back to work and spending time with friends and family.

Somehow all the experiences of the past week and a half came together, and today I “found” the answer that had driven my spiritual search in the first place. When I graduated from Princeton in June 2006, I felt I had done everything I was supposed to do, achieved my personal goals, and appeared successful in many areas of my life. Yet, I felt no joy. I felt only a profound sense of exhaustion, feeling that I had wasted my time running a race for no purpose. It was a surreal and shocking experience, and I guess trying to understand this moment has been my “koan” over the last few years.

Today I realized the reason why I had felt so numb at graduation two and a half years ago—it was because everything I had done until I met the Dharma was self-centered. Everything I had done was for my own benefit and my own personal success. Even volunteer work included the desire for a good reputation. As a result, when I achieved all my own goals, I felt nothing but loneliness and confusion.

After graduation, I was posted to a public school to teach. This was a huge culture shock, as I had studied in elite independent schools my entire life. I chafed against and resented the work for the first year. But the Dharma has slowly transformed my mind. I fought my ego and tried my very best to always put my students first and to benefit them in the short time I had with them. I have made many mistakes and complained far too much along the way, but hanging onto the intention to benefit others has helped me to get through all kinds of circumstances and made a world of difference.

To cut a long story short, today I realized that what the Buddha taught is true—we can only find happiness by being of benefit to others in our thoughts, deeds, and speech. I realized that what Venerable Chodron said at her talk is true: that our intention in acting, not the outcome of the action, is what determines the true value of our actions. I cried for a long time thinking about the self-centeredness that has driven most of my life, and beginningless past lives. Ignorantly, I had thought following my self-centered goals and desires would make me happy when reality had been staring me in the face all along. It was painful to confess this to all the Buddhas. Thanks to my experiences in a public school, I think I have learned how to care for other people for the first time in my entire life. I find, moment after moment, that aspiring to be a monastic for the benefit of all beings is the right thing to do with my life. Just the aspiration itself has transformed my life for the better.

May you, all the sangha and residents at Sravasti Abbey, be well and happy. 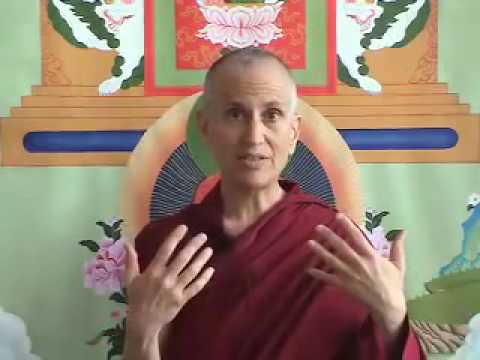 Meditating on death and impermanence 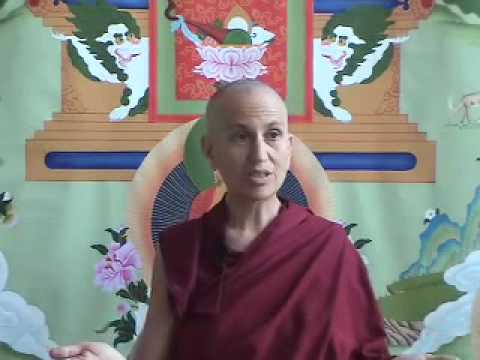