Today at the group at Bonne Terre Prison we talked about self-respect, how if you’re looking for self-respect outside of yourself, you’ll never get it. However, if you are just being—at peace with yourself—you have self-respect. Self-respect is found inside and is not dependent on outside events. The conversation got interesting at times with stories upon stories of acting in ways that reach beyond one’s own self concern. Then one man told a story which brought it all together… 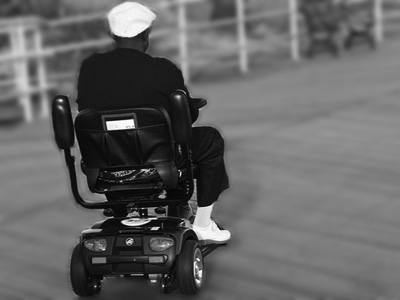 Self-respect is found inside and is not dependent on outside events. (Photo by Chris Goldberg)

He said he was a major gang member in the loop area. He was pretty well-known and had to keep up a tough act—after all a gang member is no weak-hearted, soft-spoken nice kinda guy. So he said he was standing on the corner of Delmar where there’s a Subway store, and this guy who he’s never seen before rolls up. He literally rolls up because he is totally paralyzed except for two fingers which he uses to push the buttons that move the wheelchair he is in. So this guy looks at him and says, “Hey would you go into Subway and get me a sandwich—here’s the money.” He thinks about it for a short moment and says to himself that he’s not really doing anything, so okay, he’ll do it. He takes the money and goes into Subway and gets the sandwich. He brings it back out and puts it on the lap of this guy in the wheelchair. The guy looks at it and then looks at him and asks “Will you feed me the sandwich?”

“Oh my gosh” thinks the gang member, “I can’t be seen feeding this guy in the wheelchair.” But he feels like he should help. So he looks carefully up the street and then down the street and then to the left and right and then he looks again and doesn’t see anyone he knows. So he starts feeding the man in the wheelchair. At this point in the story, our gang member friend is reenacting the scene with his eyes going from right to left to over his shoulders and back, with a worried look on his face. I’m in tears I’m laughing so hard. But he keeps feeding the man in the wheelchair and soon he forgets where he is and who might see him and is just involved with feeding the man. Afterwards he said that he felt very good about what he had done although he sure hoped no one saw him being nice.

I can picture the whole scene. Hats off to the man in the wheelchair for getting this young man to step out of his box. He was a real Zen master!