An afternoon in prison

One summer afternoon, I arrived at Idaho State Correctional Institution with Jack, a member of Treasure Valley Dharma Friends and volunteer who helps Buddhist groups in various prisons around Boise. We were escorted to the chapel area where we met with the Buddhist group. Fifteen men came, and of them about six of the were long time Buddhist practitioners. They run the Buddhist group themselves without support from a monastic or lay volunteer who can come consistently. They study a book together and practice Lamrim meditations together. In terms of their individual practice, many meditate on Lamrim—the stages of the path—and watch their breath. Many also chant mantras as part of their daily practice.

We began with some meditation and after about fifteen minutes the loud speaker—and I mean loud—screamed out. I almost jumped out of my seat, but most of the men in the room just kept right on meditating! I realized how strong their concentration was from the continual practice of ignoring all of the loud paging.

During the Dharma talk, I spoke about Buddha nature and bodhicitta, and some of the men asked questions. As a psychotherapist, I noticed that two of the men appeared to have mental illness. One in particular asked an inappropriate question, and before I could respond the man next to him, in a kind way, told him the question was inappropriate. The man who made the inappropriate comment seemed to get clearer in his mind and then asked a relevant question.

I asked them how they take their practice off the cushion into their daily activities. Dan said he had a lot of trouble with anger when he first came to prison. Through working with the Buddha’s teachings, his anger has diminished over time, and he now feels quite confident that he can manage any circumstance without resorting to anger. Tom said each day he tries to help another person and tries to be beneficial to those he meets.

Since I had attended the Kalachakra initiation in Washington D. C. the previous week, I brought them some books from the event. They all took a look at the Kalachakra books and were so happy to see pictures of H.H. the Dalai Lama as well as the Kalachakra mandala. They were able to keep the books in their library for all to share.

All of the guards we met, as well as the chaplain, were quite helpful and kind. I asked the group to continue their practices on and off the cushion as it clearly was having an impact on the entire environment there.

Integration of sutra and tantra in Tibetan Buddhism 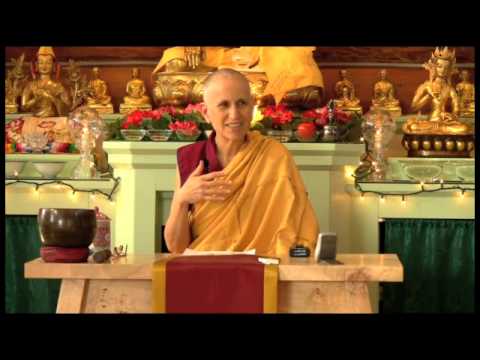 The Buddha’s life: The four sights