Guided Manjushri sadhana with an extended meditation on emptiness

This meditation is excerpted from a talk given at Osel Shen Phen Ling in Missoula, Montana, in October 2008.

I think that the idea was that I lead the front-generation Manjushri practice in preparation for doing the retreat from afar. Because every winter when the Abbey residents go into retreat, then we invite people who are living in other places to join us by doing one session of the retreat that we are doing five or six sessions of daily. And so it’s a very nice way for other people to feel connected to the Abbey and to join in our practice. So I think the idea was that I would lead that and then people would have an idea of how to do it.

I should tell you—tomorrow we’re going to have a lot of fun with the two truths. So be prepared. And do the Manjushri practice before you come tomorrow because we’re all going to need Manjushri’s wisdom to understand this topic. Because there are two truths but one of them isn’t true, there’s a truth that’s false!

Let’s spend a few minutes just watching our breath before we begin. Let the mind settle down. 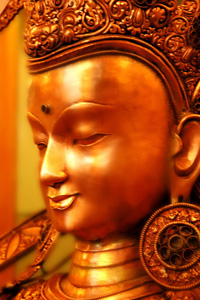 In the space in front of you visualize Manjushri. He’s looking at you with compassionate eyes and he’s surrounded by all the other buddhas and bodhisattvas. (Photo by Wonderlane)

is simply a karmic bubble. This “I” that I think is so precious is just something that happened to arise due to causes and conditions.

All these things—myself, and others, and our whole environment—are just appearances, without anything findable there. They aren’t totally nonexistent. They arise due to causes and conditions and cease because of their impermanent nature. But all this arising and ceasing that we see all the time takes place within the space of there not being anything objectifiable or solid there. It’s just the appearances that arise and cease. No solid people to be attached to or hate.

But we and all these other people are ignorant of this. And instead we make everything solid and real and concrete. So what is fluid and mobile we make crystallized and solidify, and think that things have their own nature that is real and findable. And because of believing in this real findable nature—this essence that doesn’t really exist—then we suffer because we cling to things and crave things that are only appearances but we think are real and truly desirable.

We get upset and angry at things that are our own mental creation because we think that they have real natures which are repugnant. But they’re only appearances produced by causes and conditions.

So we and all these sentient beings around us are born and reborn again and again in cyclic existence due to this ignorance of not realizing that we’re only appearances and are empty of any inherent nature. And so that’s really tragic that totally unnecessarily, simply because of ignorance, there’s so much pain in the world and in ourselves.

But there’s a way to remove that ignorance and that’s done through the wisdom that sees things are simply dependently arising bubbles and thus lack inherent nature. To generate that wisdom we need to learn about it from those who have actualized it. And for that reason we turn to Manjushri and all the buddhas and bodhisattvas in the space in front of us for refuge. And so we, together with all these illusion-like sentient beings, take refuge in the illusion-like buddhas and bodhisattvas so that we can attain liberation and enlightenment which is also like an illusion.

The audio file continues with a guided meditation on the Manjushri sadhana, beginning at 19:40. 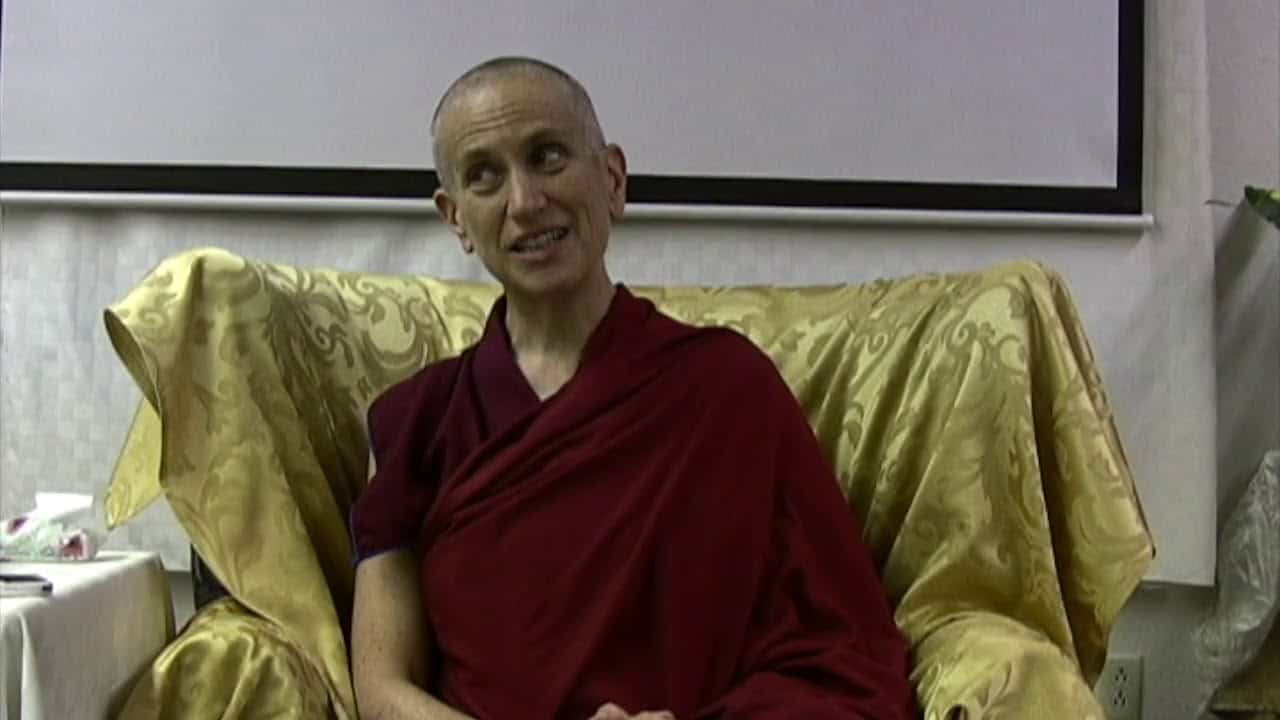 Seeing ourselves as we really are 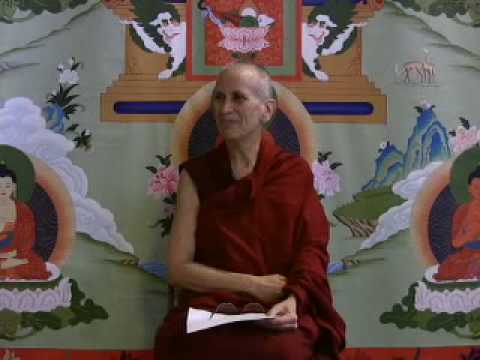 Verse 23-1: Lifting all beings from samsara