The Buddha didn’t give teachings on world environmental issues. 2600 years ago, there were seas of jungle with wild animals and only small islands of civilization. The earth was not encumbered by humanity; she held all beings quite easily.

However, after thinking about this topic for a number of weeks, I concluded that the Buddha was still the most brilliant, astute environmentalist in the history of our world. He focused not on the outer environment but on the ecology of the inner life. After seeing aging, sickness, and death as well asbeing a wandering ascetic for the first time, he began to explore what was this suffering that he saw—the origin of this suffering as well as the path that freed one from suffering. Buddha identified and eliminated the poisons (attachment, anger, and delusion) within his own mind that caused his suffering. With the pollution removed, the vast clear and knowing nature of his mind was revealed. This restoration of his inner ecosystem illuminated the virtuous qualities within his mind to a radiant perfected state.

With this restored vast and open mind imbued with all the virtuous qualities we can only imagine, he walked the world, and those who were inspired and compelled to emulate him became the first monastics. He taught them with this inner ecology field guide (the four noble truths, the eightfold path, or the three higher trainings) in order to help them nourish and sustain their inner lives so they could live harmoniously with each other and with the world. 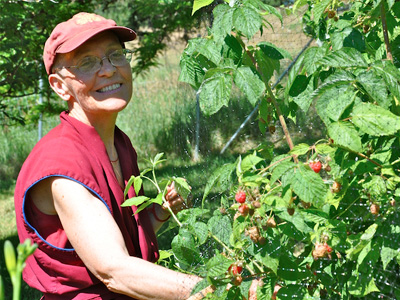 The commitment of the sangha has kept the Buddha’s inner habitat restoration field guide alive and well and in its pure form.

The beauty of this practice of inner ecology is that it is shared by other spiritual traditions, especially the practices of compassion, interdependence, and simplicity, which have no religious exclusivity to them. His Holiness the Dalai Lama includes them in all his talks on secular ethics.

Now that Buddhism has come to the West, American and Canadian Buddhist monastics are continuing this beautiful lineage of inner sustainability in their communities. Our commitment to practice ethical discipline, live simply, experience the interdependence of all things, be mindful and content—and at the same time be innovative and extremely creative thinkers that look outside the box of what the world believes is possible in regards to the planet—is already happening. It is simple yet profound.

We as monastics have the most conducive circumstances to bring this about, which we can then share with those who meet us, learn about us, and are inspired by us. They can then look towards their own innate good hearts and find the deep wisdom to restore their own inner environments to that pure state. We want to model for them a happy life without an excessive lifestyle.

But the world, as we well know from our own experience of working on our minds, is more complicated than in the Buddha’s time. The distractions and cravings are more numerous, the fear and anxiety more prevalent.

Michael Pollan, who writes for The New York Times, recently wrote an article called “Why Bother” in which he states that our culture is going through not only a crisis of lifestyle but also a crisis of character. The inner environment of many westerners (and, in my view, of Americans in particular) is stressed from the poison of intense dissatisfaction and craving. Michael Pollan states, “Virtue these days is a term of derision, or liberal soft-headedness. For a culture that prides itself on individualism, we are conformists continually trying to fit into our culture’s view of success or fame. The sum total of everyday choices made mostly by us (the consumer who contributes 70% to the economy) is mostly made in the name of our needs, desires, and preferences.” This I believe has brought much of the outer environmental crisis to this critical point, because the inner environment is so disturbed, agitated and smoldering. Reining in our desires is seen as unpatriotic and oppressive. “I want what I want when I want it” has become the mantra of our culture. So virtuous lifestyles that reflect contentment, simplicity, and ethical discipline seem out of date in the face of our culture’s high-speed greed and addiction to success, sense pleasures, and reputation.

However, there is hope as models for a new paradigm. I have gathered some wonderful examples of Buddhist monastic communities in America and Canada that live within a spiritual ecosystem yet,by example, support the well-being of others outside that system. They live simply yet are unafraid to try what many naysayers say is too difficult, too restrictive, or too late. I would like to thank Bhante Rahula from Bhavana Forest Monastery, Reverend Master Daishin from Shasta Abbey, Venerable Sona from Birken Forest Monastery, Venerable Tarpa from Sravasti Abbey, and Naniko Bhikkhu from Abhayagiri Monastery for taking the time to respond to my questionnaire that focused on what their communities are doing in terms of good inner and outer environmental practices. I would like to acknowledge the Asian–Buddhist monastic communities who have helped the Dharma flourish in the West in its pure form. How they integrate the field guide of the Buddha in their inner and outer environments would be worth a presentation all by itself.

I have highlighted some of the responses to questions I sent that I found inspiring and informative.

So as you can see, the American and Canadian Buddhist monastic communities are not only integrating the Buddha’s field guide of good environmental practices on the inside, they are also translating them to the outside. Not to say that we don’t have a lot of work to do. Issues around feeding large groups of people without filling bags with Styrofoam and non-reusable plastics are becoming more frequent. How much driving do our kind lay supporters do to make up for the driving we don’t do? What forums are appropriate for monastics as far as sharing and networking with the public around the environment? What can we learn from others? How do we connect with the world where our practice and lifestyles could be used as role models for others?

These questions will be answered as time goes on, and the Buddhist monastic communities will confront these issues as they arise. May we all benefit from their efforts and example. 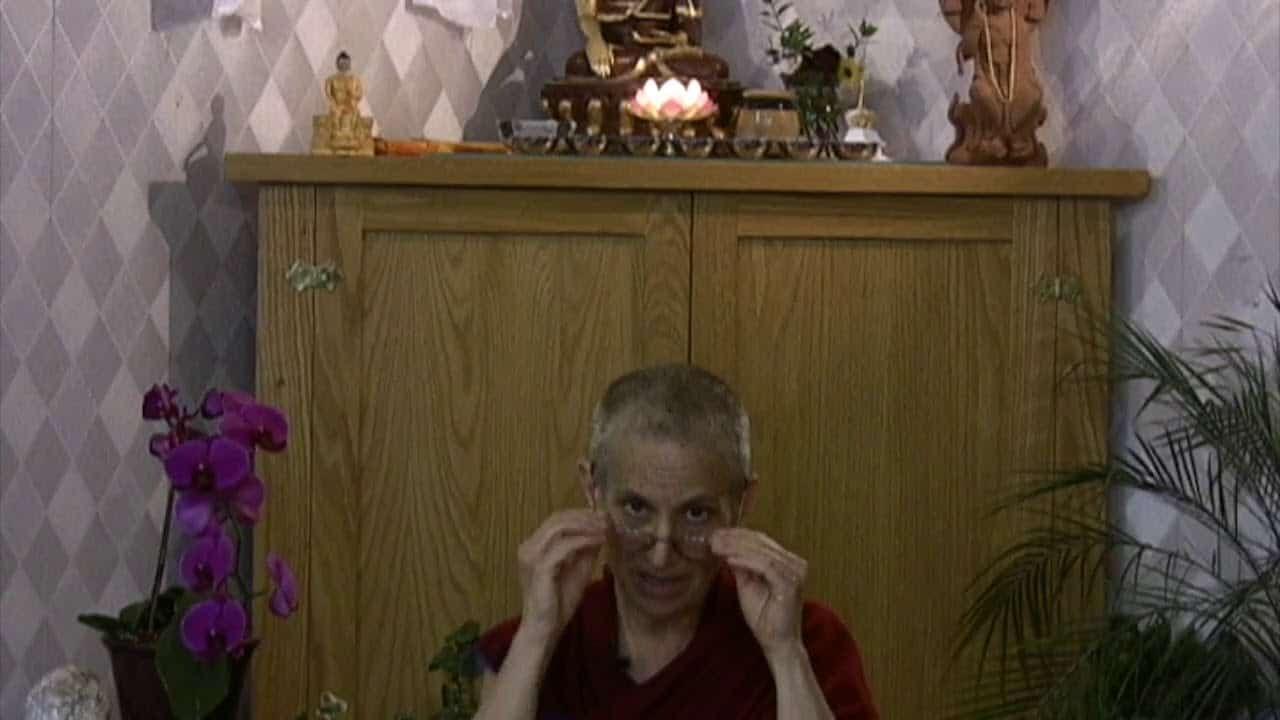 Realizing things as they are 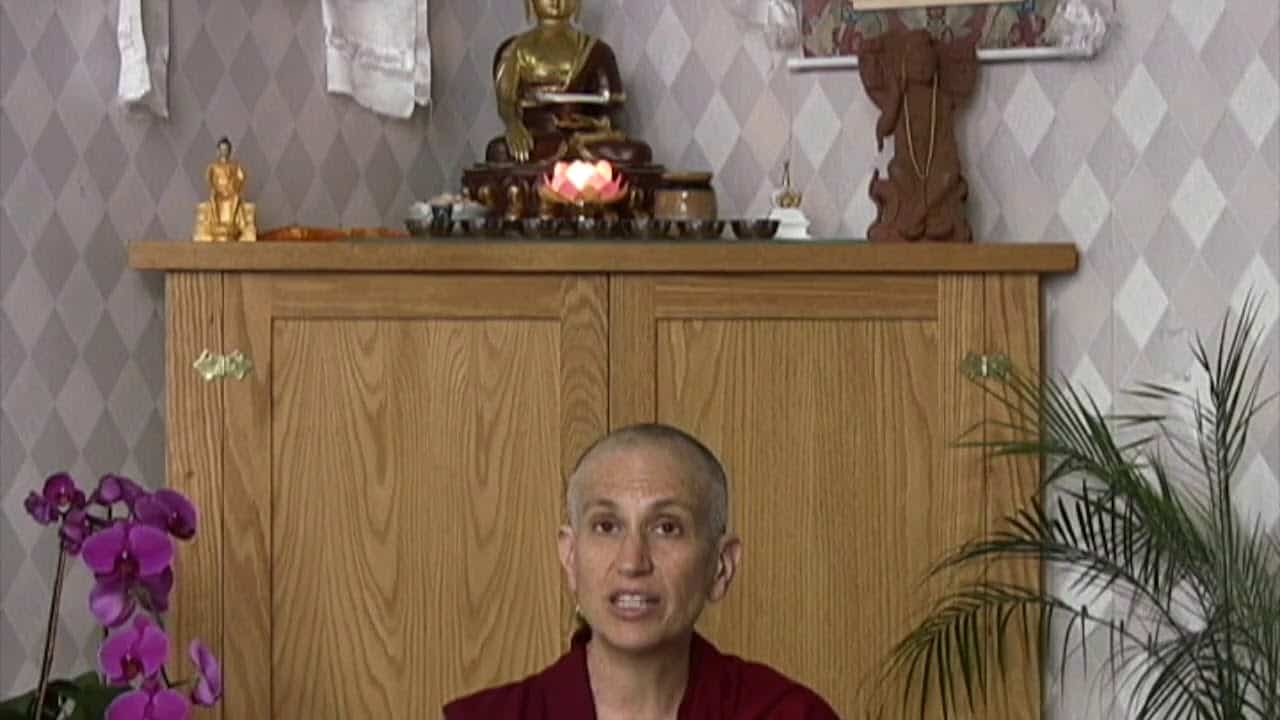 Respecting the views of others