I was thinking about how quickly we can become violent. A large percentage of the time it is over something trivial. We assume a posture that we believe we are supposed to maintain. If anyone exposes a chink in our armor or if we accidentally let our mask slip, we immediately become hostile and defensive. I was first thinking about this the other day. Two incidents made me look at how we view things. 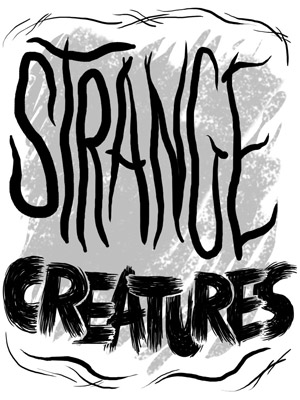 I just think it is strange how we act sometimes. (Photo by Marc Palm)

One of them was the kidnapping and murder of the 11-year old girl in Florida. Almost everyone was saddened by the loss of such a young life. It was a shame that she (and her family) had so much taken from them. However, our sadness and compassion are displayed as outrage. Instead of saying prayers for the little girl and her family—we seek retribution and revenge from her murderer. We no longer focus on her innocence—we only see his guilt. No one (I’m talking about us inside) has been talking about her or the feelings that this tragedy brought on. All we talk about is the anger and what (and how) we would like to do or see done to this man that stole her life. I am not showing sympathy for him (I’m not that far along in my practice I guess). What I am saying is why is it so much easier for us to show our anger than it is to show love?

The second incident is an example. The little girl that was born with two heads from the Dominican Republic. We all followed her surgery and were happy when it looked like she was going to recover nicely. When she died we were genuinely sad. There was no bad guy. No one for us to blame. We embraced our feelings because there was no one for us to point a finger at. There was no need for us to be hard or mean. (What? Was someone going to say they were glad she died? No!) I just think it is strange how we act sometimes.

Dealing with the craving for excitement
Feeling bad helps our practice