For 11 years now, Buddhist monastics have been gathering together in friendship to learn about each other’s traditions and practices. Nearly 40 monastics—mostly Westerners but some Asians—gathered at Shasta Abbey, in northern California, September 26-29, 2005. We came from the Thai Theravadin, Japanese Zen, Chinese Ch’an and Pure Land, Vietnamese Zen, and Tibetan traditions. Many of us had attended previous gatherings and several were joining us for the first time.

The monastics of Shasta Abbey welcomed us warmly, and I noticed how happy the monastics who were cooking and caring for us were to do this, even though it meant they could not attend the sessions. They live an important element of monastic training: the willingness to work joyfully as a team for the benefit of the community. This is quite an accomplishment and involves a lot of practice—the Dharma practice of serving others happily even if it means we have to give up doing what we prefer or enjoy doing.

The theme of this year’s conference was “Practice.” Broad in nature, it allowed us to see the expansive nature of Buddhist practice. Rev. Master Eko, the abbot of Shasta Abbey, gave the first presentation, on the Japanese Zen practice of living in the meditation hall. Here novice monastics live in the meditation hall for five or six years, at night sleeping on the same narrow space that they sit on for meditation during the day. Their robes and a few personal belongings are stored in cabinets in the wall near their space. Having very little privacy (and not being able to oversleep in the morning!) challenges the mind that wants to “have my own space” and “do things my way.” But with the support of the teachings and the guidance of senior monastics, novices learn to gradually peel away layers of stubbornness. They come to see the inner peace that comes from giving up attachment to one’s views and preferences.

Rev. Heng Sure, from the Berkeley Buddhist Monastery, shared practice in the Chinese Buddhist tradition from the Gandavyuha Sutra. Those of us in the Tibetan tradition recognized this practice, because the “The King of Prayers,” a popular recitation in our tradition, is found in this sutra. Rev. Heng Sure led us through the main character Sudhana’s search for enlightenment, as he traveled far and wide to learn the bodhisattvas’ practice from 53 teachers (21 of whom were women!). Rev. Heng Sure reminded us of the importance of humility, effort, persistence, and kindness as we, too, discover the bodhisattva way and put it into practice.

I gave the third presentation, sharing the Tibetan Vajrayana practice of Chenrezig (Avalokiteshvara, Kuan Yin, Kannon). In describing the psychology of this sadhana—the written text of a guided meditation on Chenrezig—I showed how it contained many practices common to other Buddhist traditions, practices such as refuge, the four Brahmaviharas, bowing, making offerings, revealing our harmful actions, and meditation on emptiness. This led us into a discussion of how one meditates on emptiness and dependent arising, which was of great interest to all since it’s the most profound focal point of our practice.

Ajahn Amaro, the co-abbot of Abhayagiri Monastery, described the Thai Theravadin dhutanga practices. These are ascetic practices that the Buddha allowed—they challenge our attachment to comfort without falling from the middle way into useless torturous self-denial. They include eating only one meal a day, sleeping sitting up, wearing rags stitched together for clothes. In some Theravadin monasteries, these practices are optional, taken up by monks on their own accord, while in others, the abbot may make one or two of them a common practice for all. We discussed the importance of using these properly, for example, not developing an “I’m more ascetic than thou” attitude, and shared humorous stories about how our teachers would insist on us doing the opposite of ascetic practice whenever they saw us becoming attached to them.

Ven. Thubten Rinchen Palzang from Kunzang Palyul Choling of Sedona, told of his journey to Mongolia, how Buddhism is practiced there and how his practice was influenced by this experience.

We also enjoyed discussions together, both in organized groups as well as private chats. The first group discussion was about celibacy, the most defining and perhaps most challenging aspect of being a monastic. The female monastics’ group talked not only about the physical aspect of celibacy but its emotional side. The male monastics’ group discussed the importance of celibacy in monastic training.

One afternoon we went on an outing to a nearby lake. We were quite a sight, in our various colored robes, wearing a variety of sun hats. A walk by the lake gave us the opportunity to talk in a relaxed way. That evening we participated in a practice of Shasta Abbey, the Surangama Ceremony. Walking in serpentine fashion, we recited an English translation of the long Surangama mantra, invoking goodness and clearing away obstacles to Dharma practice.

In our world where religion is tragically used to stimulate hatred and war, the fact that Buddhist monastics from various traditions meet together in harmony is important. Through our efforts may we and others actualize the Buddha’s teachings, spreading peace in the minds of all beings. 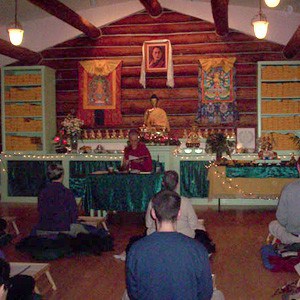 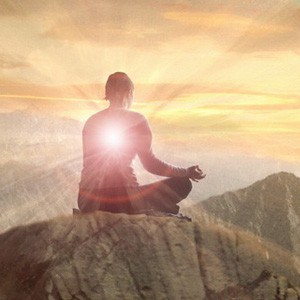