Being with the monastic sangha is a privilege, and being with monastics from many different Buddhist traditions is a joy. The color of each tradition’s robes was distinct, yet blended with the others—the ochre robes of the Thai Forest Tradition, the brown and gray robes of Chinese Ch’an and Vietnamese Zen, the brilliant orange robes of Sri Lankan Theravada, the maroon robes of the Tibetan Tradition, the brown and black robes of Soto Zen. There were 35 of us at this gathering; most of us were Western, some were Asian. We all lived in the USA and were engaged in practicing as well as teaching the Dharma here. Many of us were abbots or abbesses of Western monastic communities. Several had been ordained more than 30 years, several were ordained only recently, many were in the middle. The Shasta Abbey community joyfully hosted this event and took very good care of us all.

After morning meditation and chanting, we gathered each morning, afternoon, and evening for a session which generally consisted of a presentation followed by honest and sincere discussion and sharing. The presenters and their topics were:

We also had a group discussion about our relation to the Asian Buddhist traditions from which we had sprung. The last evening we shared chanting as done in our monasteries as well as other Buddhist music. The Shasta Abbey choir chanted Buddhist hymns to Gregorian chant, Rev. Heng Sure taught us a variety of Buddhist folk songs which he played on guitar. Thich Nhat Han’s disciples taught us some of their chanting and songs, and those of us from Sravasti Abbey sang “Star Spangled Compassion.”

Having attended 12 of these 14 conferences, what is apparent to me is that we have become friends—not just acquaintances who nod their heads while thinking that their own tradition is the purest, but actual friends who understand and support each other as well as appreciate each others’ unique qualities. Looking back, I see how much these gatherings have informed the formation of Sravasti Abbey. That is, I’ve had the blessing of learning from others’ experiences of what works well and what doesn’t when founding a monastery in the USA. Due to these conferences, we’ve learned about the variety of Dharma practices; and we have visited, participated in, and in some cases taught in each others’ abbeys and monasteries. Most of all we have created a harmonious Mahasangha where monastics of many Buddhist traditions respect, appreciate, and support each other. 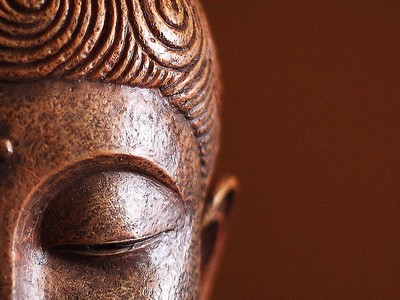 Getting along with others