So somebody from the Yamantaka retreat asked me to talk about the “four maras,” because it’s said that Yamantaka destroys the four maras. The four maras are:

There’s no formal expansive teaching on the four maras. They’re usually just listed and then people take the information that they’ve received from other teachings to understand what they are.

Mara is something that interferes with liberation, so being the cause of cyclic existence, the afflictions are definitely a mara. The chief of the maras, of course, is ignorance. And within ignorance, the view grasping “I” and “mine,” the view of the personal identity (what the Tibetans call jigta) that’s the primary one.

Then the second one is the five aggregates. That refers to this [taps head and body]. Our five aggregates—particularly the body but also the mental aggregates—are under the influence of karma and afflictions, under the influence of ignorance and the imprints of ignorance. So they’re polluted. They arose from a cause that was polluted by ignorance. They’re the basis (especially our body is) of a lot of pain and obstacles this life. It’s the basis of our continuing to create identities and holding onto this view of a personal identity. Our body is one of our chief objects of attachment that we worry about, that we don’t want to separate from, that we do somersaults and cartwheels to try and make comfortable, even though it is never satisfied and comfortable. Is it? So the polluted five aggregates are definitely an obstacle to liberation.

So you have the afflictions, which produce the five aggregates.

Then once you have the five aggregates (especially the body) then what comes is death. So death is one of the maras. It’s an obstacle to attaining liberation in the sense that right now we have very good circumstances for practice, but we could die at any moment and our death cuts short the fantastic circumstances that we have at this moment. It becomes an obstacle.

And also, because even though death is natural, it’s not sinful or negative, it’s not something that people look forward to. So it’s one of the maras.

And the last mara they call “the son of the gods.” This has different interpretations. Some people see it as an actual being—like in the Pali canon there is this one deity named “Mara” and he’s one of the desire realm gods. He can create trouble in people’s minds. He was the one who created the dancing girls when the Buddha was under the Bodhi tree. He was the one who created the soldiers and their weapons. So he can create problems for different people.

That’s kind of an anthropomorphism of the afflictions, kind of putting them out there—in the same way that we speak of the Lord of Death, we anthropomorphize other kinds of things and make them as if they were different beings with consciousness.

But what this last one is is like when somebody has been practicing Dharma very well, then they lose interest. Maybe if they’re a monastic they relinquish their ordination. If they’re a lay person they forget their five precepts. They just go back to drinking and drugging and lying around, and you know the story. So that change in the mind that happens so that somebody may be doing really well and then they just kind of backslide. That’s called the fourth mara. So we need to be careful of that one. We need to be careful of all of them, don’t we?

So through the practice of Yamantaka—and also Manjushri, of course—then by leading us along the path, and especially the bodhisattva path, then we reach a stage where we’re able to eliminate these four maras.

We eliminate the mara of afflictions gradually. Each path or each bodhisattva ground that you go along, you remove a portion of the afflictions. And then at the time of nirvana …. Well, people say different things about the body of an arhat. But anyway, after that you have a mental body and that becomes a subtle mara in the sense of it’s obscuring attainment of full awakening, even though you have liberation. So the gross four maras prevent us from liberation, the subtle four maras from omniscience.

[In response to audience] In the Samyutta Nikaya in the Pali canon (the Connected Discourses) there are two beautiful verses said by a bhikkhuni (bhikkhuni Vajira—they often forget to say that it was said by a bhikkhuni, but it’s right there) where Mara (the personification of obstacles) is trying to entice her into building up her personal identity and afflictions and everything like that, and she turns to Mara and she says the view of a personal identity is a demonic view. “That view is mara, and I’m having no part of it.” And then Mara vanished. He couldn’t handle it.

So the Tibetans actually quote these two verses quite a lot when they teach about it. They don’t know it was taught by a bhikkhuni. [laughter] But it was. Or if they know, they never mention it.

So let’s vanquish the four maras. 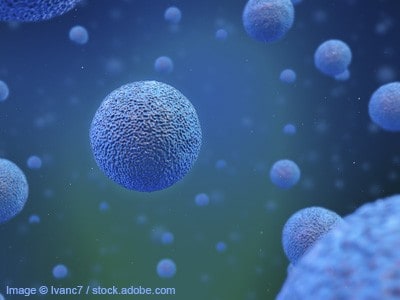 Who am I? Really