A Bodhisattva Breakfast Corner commentary on the subject of rebirth.

Yesterday, you had a little assignment to look for your soul. Could you find anything that’s not your body and not your mind that is truly you? Immutable? Everlasting? You can see that it’s a comforting idea, and especially if we grew up in a theistic religion that teaches that, then it’s very comforting in one way to think that there’s something that’s really me, that’s permanent, that isn’t going to ever die even though the body dies. In another way, like we were saying yesterday, if such a thing existed, then we’re really trapped because then there’s no possibility to attain awakening. There’s no possibility to improve because there’s nothing that changes. While emotionally, on one level, we may find the idea of a soul comforting, on another level, if we really meditate on impermanence properly and on seeing that there’s no permanent, unitary, independent self that’s a soul, we may actually in fact find that that lack of a soul is more comforting because that lack of a soul means that we aren’t trapped and confined in our limited suffering realm. The fact that things change can be something uplifting because it means that there’s the opportunity to generate all the good qualities of a Buddha. We have to switch the way we’re thinking and switch what [it is that] we find to be emotionally comforting.

There were more questions. Somebody’s asking about a quotation in Open Heart, Clear Mind that says [reading]:

“Each person has a separate mindstream. We’re not fragments of a universal mind because we each have our own experiences. That doesn’t mean we’re isolated and unrelated, for as we progress along the path, we begin to realize our unity and independence. Still, we each have a mindstream that can be traced back infinitely in time.”

The question is [reading]:

“Huh? Seriously, this one I can’t quite wrap my brain around since it seems very contradictory. First, we have an individual mindstream which, from my read of this chapter seems, while continuous and ever-flowing, to somehow retain unique patterns that bob in and out of various forms.”

There is the idea of the soul again that person’s putting in [reading]:

“Yet it is then suggested that we will come to realize our unity and interdependence which, when explored far enough along the lines of an ultimate reality, will reveal no separation or individual uniqueness. Hence, interrelatedness. How do we reconcile no inherently existent I with separate mindstreams which are unique and not part of the universal mind?”

Is that clear? Are people getting that? That’s important.

I better continue with this here [reading]:

“Deep down I felt that there was something that was me that would be going on to the next life. Then in addition to thinking of myself as solidly and inherently existent, the I to which I’m attached is also eternal. This was really satisfying to me. I will experience the results of my actions in future lives, and I created the karma to be reborn into this situation.”

There’s the idea of a soul again. There’s one me. I create the causes, and then the same me experiences the result. If you look at that, that’s logically impossible because if the soul were permanent and frozen, it couldn’t create karma because creating karma involves change, and if something created karma and experienced the result, it has to be different than what created that karma. Two things, if you have a permanent soul, a permanent soul couldn’t create karma. If you’re saying that even though it’s permanent, it still creates karma, then the resultant soul is permanent and couldn’t experience the effects of karma because experiencing the effects involves change.

Then if you say that there’s a soul that changes, it creates the karma and it experiences the result, then you’re still stuck with exactly what is that soul if it’s not the body and it’s not the mind? Because we’re still clinging to something that’s the self that’s totally separate and independent of the aggregates, and there isn’t anything like that. That the self exists by being merely labeled in dependence on the aggregates. As soon as we say the self is merely labeled, we say, “it’s merely labeled, but there it is.” As soon as we say, “There it is,” then we’re making it inherently existent again. Saying it exists by being merely labeled is just that. It’s nothing more than what was created by conception and labeling. You can’t point to it anywhere when you look with ultimate analysis. When you don’t look with ultimate analysis, you say, “There’s Sempe, and there’s Tampa, and there’s Jingme, and all those selves exist.” If you try and find them and isolate what they are, you can’t. See this is where we find it difficult because as soon as we analyze and try and look for what it is, we don’t find it, so we say it doesn’t exist. As soon as we look for it, and it seems like there’s a self there, we might say, “Oh, it exists dependently, but actually our mind is thinking it’s inherent.”

This is always the difficulty we have. We confuse nonexistence with emptiness and conventional reality, dependent arising with inherent existence. We can’t, in each of those two pairs, we can’t tell the difference between the two members of the pair. They’re quite different so we really need to think about this. 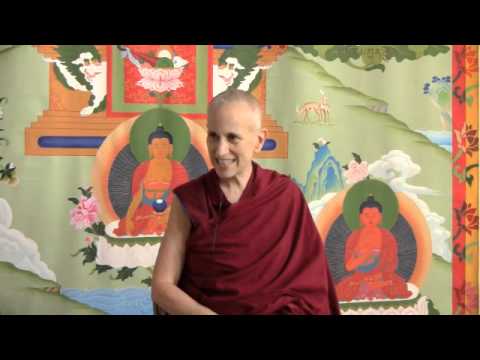 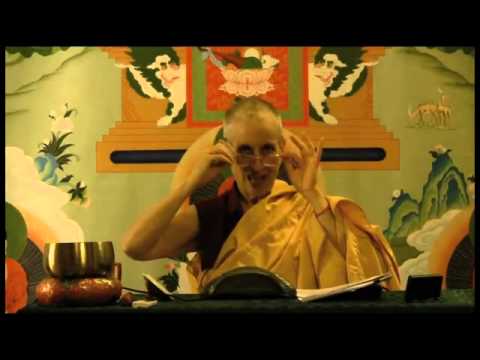