A talk from the Bodhisattva Breakfast Corner series.

I was thinking about Ach. I was going to talk about him this Bodhisattva Breakfast Corner. A couple of nights ago, he was very, very weak, and we thought that we were going to lose him that night. Achala is our kitty, for people who don’t know. And it made me really start thinking because I’ve known Achala since he was an itty-bitty kitty, many years ago, maybe since 1992 or 1993. I started thinking because Venerable Semkye had mentioned our little pet cemetery, that she was clearing out an area, and I was thinking “Oh, but Achala likes sitting out in the sun.” There’s a bush of catnip right out the door, and I thought, “We should just dig a hole and bury him there because he likes to be there near that catnip.”

And then I said to myself, “What are you thinking? [laughter] When somebody is dead, their consciousness is no longer there.” I was realizing when we do this kind of thing, we do it for the survivors, not for the benefit of the people who died because they aren’t here anymore. Then I was thinking, “Wow, just wishing Achala to have the happiness of lying in the sun in the catnip—that’s really rather limited. If I’m going to wish him happiness to take with him at the time he dies, that’s not the right kind of happiness to wish for someone.” That set me thinking that he too, like all of us, is a sentient being, something that’s merely labelled on the combination of the body and the consciousness. There’s no inherently existent kitty there. There’s no inherently existent Achala there. The being that’s merely labelled has the Buddha nature, has the clear light nature of mind.

When we say he has the Buddha nature, it’s not some kind of purified soul. Many people think, “Oh Buddha nature—that sounds like the Christian soul, something that’s already divine inside me.” That’s not what Buddha nature is. The Buddha nature here we’re talking about, the empty nature of the mind, the fact that the mind has primordial [inaudible], free of inherent existence. That gives the potential for the mind to be transformed because it means the afflictions are not the inherent nature of the mind and that the afflictions are founded on ignorance, which can be eliminated by realizing emptiness. The mind itself can develop and become the mind of a Buddha.

When I thought about that, just wishing him the pleasure of catnip in the sun was really so trivial. Here’s a sentient being, with the potential to become a Buddha, who is currently locked in a cat body. Due to the brain and the nervous system as well as the karma that’s ripened this life, very difficult to create virtue and no opportunity to attain enlightenment in this body. But if we can really dedicate our merit for him so that he can be born in Amitabha’s Pure Land or take a precious human life and then meet a perfect Mahayana and qualified Vajrayana teacher, practice well and become a quickly enlightened Buddha, then that’s really wishing something good for him, isn’t it? Getting attached to these small things of where his body is and worldly happiness is really rather insignificant and so to keep the mind focused on our best and strongest wishes for him and knowing that he has that potential. 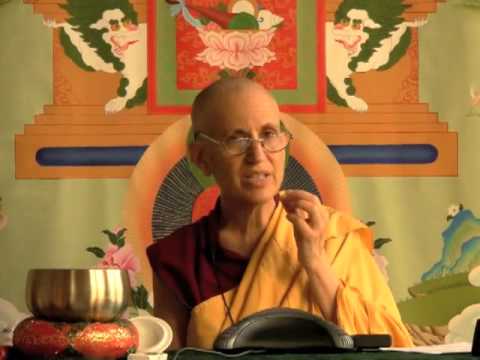 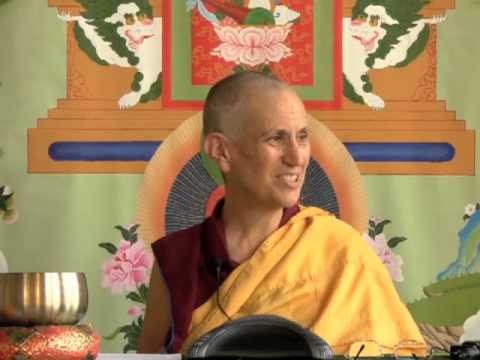