Part of a series of teachings given during the Winter Retreat in November 2007 and from January to March 2008 at Sravasti Abbey.

While there’s no soul or findable self, there’s only a changeable impermanent momentary continuum of mind moments. We’ve concretized all of that into a real self, generated attachment for that self, anger for anything that interferes with the happiness and pleasure of that self. And then have acted: lying, speaking harshly, killing, stealing and so on.

Even though we want happiness and don’t want suffering, since beginningless time, we’ve been creating the causes for more and more misery, more and more bondage. We’re so confused that we think impermanent things are static, permanent; things that are unsatisfactory in nature are happiness; things that are foul are beautiful; things that don’t have a self have a self. The people who try and help us, we criticize. The good advice we get, we think of as wrong views and ignore it.

This is all the effect of ignorance: ignorance about the ultimate nature, ignorance about karma and its effects. Even though we want happiness, it’s almost as though we’re deliberately creating the causes for more and more unsatisfactory experiences in samsara.

On and on and on this has happened. Not just in this universe but previous universes: so many world systems, so many places we’ve been born, so many experiences we’ve had again and again: running here looking for happiness, running there looking for joy. Avoiding this, retaliating against those who harm us. Clinging onto people and possessions. Striking at those who interfere with our pleasure. On and on, and so many times that you can’t even count them all. One rebirth after another rebirth after another rebirth.

We’ve been born in the hell realms infinite times, in so much pain that there’s absolutely no possibility of thinking about the Dharma. We’ve been born in the hungry ghost realms so many times with so much longing and feeling of not having enough. So much hunger and thirst and disappointment and frustration; there’s no ability to think about the Dharma. We’ve been born in the animal realms so many times. As flies and stink bugs and cats and donkeys and raccoons and fish and spiders and clams, and the mind so ignorant, so befuddled, so obscured. Always under the control of human beings who make the animals work or human beings or other animals killing us when we were born as animals to eat us. So many lifetimes like that.

Also, so many lifetimes in the form and formless realms. In the realms we have single-pointed concentration and need to spend this day blissed out for a while, even for eons until that karma finishes. Then the karma is done, the concentration ends. It’s back to the lower realms.

Yet it is so hard for us to even see our fortune. Sometimes we see the Dharma as an enemy. We have so many obstacles internal and external. And yet, compared to all the previous lives, we have so much freedom, so much opportunity. Absolutely unbelievable.

And yet this life goes by very quickly. We’ve had a lot of happiness. We’ve gotten our way many times. We’ve slept a third of our life. And what do we have to show for any of it?

So what should we do? Well, first, we need to take refuge in the Three Jewels and observe karma and its effects. Get our life together. Stop the gross physical, mental, and verbal nonvirtues. Then we need a penetrative understanding of what it means to be caught in samsara, cyclic existence, and feel complete revulsion for it: “Enough is enough! I’m tired of being born, controlled by ignorance afflictions and tainted karma.” We aspire for real liberation, for nirvana, and train in ethical conduct, concentration and wisdom to bring that about.

Then we look around us and we say, “Wow, I’m not the only one. It’s not all about me.” There are infinite living beings who are in the same situation as we are—infinitely worse in samsara. These infinite beings have also been infinitely kind to us. Without their help there is no way we could stay alive or practice the Dharma or do anything.

So we develop the wish for them also to be free of cyclic existence. In order to bring that about, we need to be able to show them the path. To show them the path we need to actualize it and practice it ourselves. So we aim for full Buddhahood. We generate the bodhicitta motivation aspiring for full enlightenment, so that from our side we’ll have the capacity to be of greatest benefit to all these living beings who have been so amazingly kind to us again and again.

We’ve had the fortune to somehow, miraculously, have the opportunity to do the Medicine Buddha retreat for two months. Let’s really cherish this opportunity and however many sessions we have in the hall, really make use of each one, and all the time when we’re serving the community, to really take advantage of that opportunity. Do it with the bodhicitta motivation. Be the Medicine Buddha in all of the actions that we do. 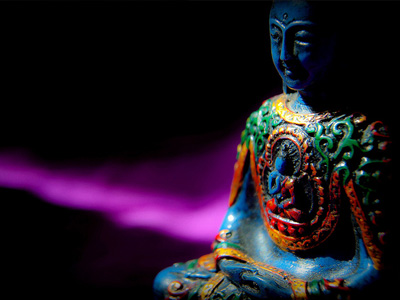 Receive the Medicine Buddha’s healing energy to heal our own afflictions. (Photo by Gaby Altenberger)

Try to receive the Medicine Buddha’s healing energy to heal our own afflictions, mental and physical, and then to embody that healing energy, that compassion and wisdom and help other people to cultivate it as well. Remember, all of the people who are doing the retreat, not just those who are in the hall. We probably have about 130 people now who are doing the retreat from afar—many of them incarcerated in physical prisons, many of them thinking that they have freedom but being in a mental prison just like us.

As we’re doing the practice, let’s keep all of those people in mind and send them our healing energy, the Medicine Buddha’s energy so that they can embody it and spread that healing energy in whatever environments they live in, to whatever living beings surround them.

With this kind of motivation, we’ll do the preliminary rites of getting into retreat; making offerings to the various living beings with whom we share the environment and setting up the protection wheel of our own wisdom. 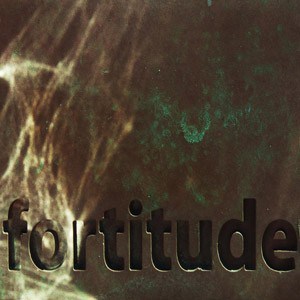 Meaning and benefits of fortitude 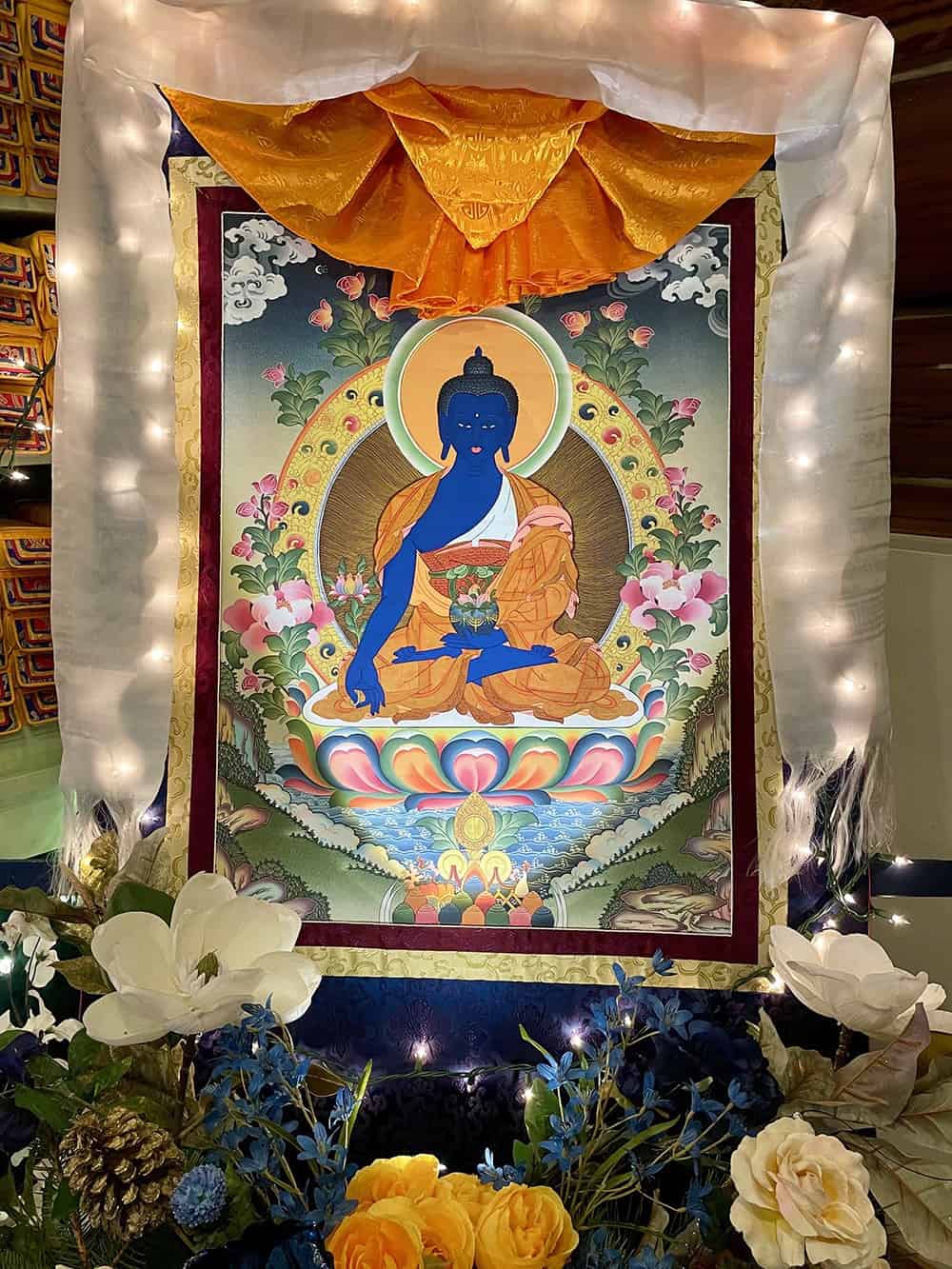