I don’t think I was a racist before I came to prison. Race was never really an issue for me in the free world. In the Texas prison system, about 45 percent of the population is black. Whites are far outnumbered, so they are easy prey. When you are new in a prison, the other inmates try to test you at every turn, seeing if you will break. I’m not suggesting that only blacks are guilty of this, nor is it all of the blacks. This is just the way it is in prison. 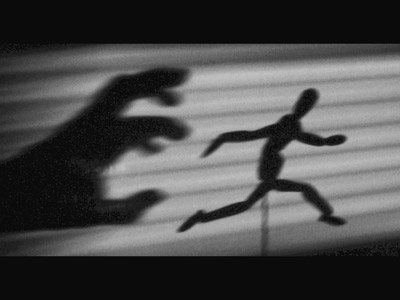 Most of the guys in prison will tell you that they “fear no man,” but I’m here to tell you that I feared almost everybody. (Photo by
stuart anthony)

Going to prison was a shock to my senses. The whole prison experience jolted me. There wasn’t anything from my past that could have prepared me for such an experience. The first unit that I went to was one of the worst in Texas, and I was scared to death there. Most of the guys in prison will tell you that they “fear no man”, but I’m here to tell you that I feared almost everybody. So I fought like crazy, often at the drop of a hat. Sometimes I started the fights. I got beat up a lot, but it didn’t matter as long as I fought because that was what others respected.

I was scared to death that they would see my fear. I started to hate them, not because of race but because they hated me. Eventually I lumped everyone together in my mind. Good and bad together—us vs. them. I see it more as a sectarian issue for me than one of race. I would feel the same anger in seeing one of the guards beat a black inmate as I would seeing the same black inmate beat a white inmate. It was us vs. them. In the end it doesn’t matter what kind of ‘ism’ you label it—it is hate. Hate for them, hate for everybody. Mostly it was hate for myself. I hated B. , and that was what drove my hate for the world.

Venerable Thubten Chodron asked B. T. how he was dealing with fear now. Here’s his response:

I really don’t have a good answer to that. I have always been kind of meek. I stay to myself a lot of the time, and I see that it is because I am fearful about interacting with others. It’s not just that I am shy. I am fearful about how others see me and how they may treat me in any given situation.

I say that I am a pacifist, but really I just dread conflict, verbal or physical. I think that is where a lot of my rage came from. Because I always tried to avoid conflict, I stuffed my anger down until it overflowed.

Gradually I have seen a change: I talk to people that I don’t know (which I rarely ever did) and speak to the guards (which I never did). I’ve come out of my shell more. I think that it has to do with the way I see myself. I don’t feel so threatened anymore because I’m not competing with anyone now (most of the time). I don’t feel like anyone is going to harm me or try to con me because I’m not thinking about doing that to them. I stopped being part of “the game” that is being played so I’m not so worried about who’s winning.