From the book Noble Strategy

The Buddha was like a doctor, treating the spiritual ills of the human race. The path of practice he taught was like a course of therapy for suffering hearts and minds. This way of understanding the Buddha and his teachings dates back to the earliest texts, and yet is also very current. Buddhist meditation is often advertised as a form of healing, and quite a few psychotherapists now recommend that their patients try meditation as part of their treatment. 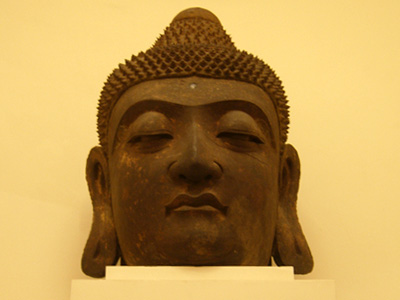 The Buddha’s path consists not only of mindfulness, concentration, and insight practices, but also of virtue, beginning with the five precepts. (Photo by Traci Thrasher)

Experience has shown, though, that meditation on its own cannot provide a total therapy. It requires outside support. Modern meditators in particular have been so wounded by mass civilization that they lack the resilience, persistence, and self-esteem needed before concentration and insight practices can be genuinely therapeutic. Many teachers, noticing this problem, have decided that the Buddhist path is insufficient for our particular needs. To make up for this insufficiency they have experimented with ways of supplementing meditation practice, combining it with such things as myth, poetry, psychotherapy, social activism, sweat lodges, mourning rituals, and even drumming. The problem, though, might not be that there’s anything lacking in the Buddhist path, but that we simply haven’t been following the Buddha’s full course of therapy.

The Buddha’s path consists not only of mindfulness, concentration, and insight practices, but also of virtue, beginning with the five precepts. In fact, the precepts constitute the first step in the path. There is a modern tendency to dismiss the five precepts as Sunday-school rules bound to old cultural norms that no longer apply to modern society, but this misses the role that the Buddha intended for them: as part of a course of therapy for wounded minds. In particular, they are aimed at curing two ailments that underlie low self-esteem: regret and denial.

When our actions don’t measure up to certain standards of behavior, we either (1) regret the actions or (2) engage in one of two kinds of denial, either (a) denying that our actions did in fact happen or (b) denying that the standards of measurement are really valid. These reactions are like wounds in the mind. Regret is an open wound, tender to the touch, whereas denial is like hardened, twisted scar tissue around a tender spot. When the mind is wounded in these ways, it can’t settle down comfortably in the present, for it finds itself resting on raw, exposed flesh or calcified knots. When it’s forced to stay in the present, it’s there only in a tensed, contorted, and partial way. The insights it gains tend to be contorted and partial as well. Only if the mind is free of wounds and scars can it settle down comfortably and freely in the present and give rise to undistorted discernment.

Practical: The standards set by the precepts are simple—no intentional killing, stealing, having illicit sex, lying, or taking intoxicants. It’s entirely possible to live in line with these standards—not always easy or convenient, maybe, but always possible. Some people translate the precepts into standards that sound more lofty or noble—taking the second precept, for example, to mean no abuse of the planet’s resources—but even those who reformulate the precepts in this way admit that it’s impossible to live up to them. Anyone who has dealt with psychologically damaged people knows the damage that can come from having impossible standards to live by. If you can give people standards that take a little effort and mindfulness but are possible to meet, their self-esteem soars dramatically as they find themselves actually capable of meeting those standards. They can then face more demanding tasks with confidence.

Clear-cut: The precepts are formulated with no ifs, ands, or buts. This means that they give very clear guidance, with no room for waffling or less-than-honest rationalizations. An action either fits in with the precepts or it doesn’t. Again, standards of this sort are very healthy to live by. Anyone who has raised children has found that, although they may complain about hard and fast rules, they actually feel more secure with them than with rules that are vague and always open to negotiation. Clear-cut rules don’t allow for unspoken agendas to come sneaking in the back door of the mind. If, for example, the precept against killing allowed you to kill living beings when their presence is inconvenient, that would place your convenience on a higher level than your compassion for life. Convenience would become your unspoken standard—and as we all know, unspoken standards provide huge tracts of fertile ground for hypocrisy and denial to grow. If, however, you stick by the standards of the precepts, then as the Buddha says, you are providing unlimited safety for the lives of all. There are no conditions under which you would take the lives of any living beings, no matter how inconvenient they might be. In terms of the other precepts, you are providing unlimited safety for their possessions and sexuality, and unlimited truthfulness and mindfulness in your communication with them. When you find that you can trust yourself in matters like these, you gain an undeniably healthy sense of self-esteem.

Humane: The precepts are humane both to the person who observes them and to the people affected by his or her actions. If you observe them, you are aligning yourself with the doctrine of karma, which teaches that the most important powers shaping your experience of the world are the intentional thoughts, words, and deeds you chose in the present moment. This means that you are not insignificant. With every choice you take—at home, at work, at play—you are exercising your power in the on-going fashioning of the world. At the same time, this principle allows you to measure yourself in terms that are entirely under your control: your intentional actions in the present moment. In other words, they don’t force you to measure yourself in terms of your looks, strength, brains, financial prowess, or any other criteria that depend less on your present karma than they do on karma from the past. Also, they don’t play on feelings of guilt or force you to bemoan your past lapses. Instead, they focus your attention on the ever-present possibility of living up to your standards in the here and now. If you live with people who observe the precepts, you find that your dealings with them are not a cause for mistrust or fear. They regard your desire for happiness as akin to theirs. Their worth as individuals does not depend on situations in which there have to be winners and losers. When they talk about developing loving-kindness and mindfulness in their meditation, you see it reflected in their actions. In this way the precepts foster not only healthy individuals, but also a healthy society—a society in which the self-esteem and mutual respect are not at odds.

Worthy of respect: When you adopt a set of standards, it’s important to know whose standards they are and to see where those standards come from, for in effect you are joining their group, looking for their approval, and accepting their criteria for right and wrong. In this case, you couldn’t ask for a better group to join: the Buddha and his noble disciples. The five precepts are called “standards appealing to the noble ones.” From what the texts tell us of the noble ones, they aren’t people who accept standards simply on the basis of popularity. They’ve put their lives on the line to see what leads to true happiness, and have seen for themselves, for example, that all lying is pathological, and that any sex outside of a stable, committed relationship is unsafe at any speed. Other people may not respect you for living by the five precepts, but noble ones do, and their respect is worth more than that of anyone else in the world.

Now, many people find cold comfort in joining such an abstract group, especially when they have not yet met any noble ones in person. It’s hard to be good-hearted and generous when the society immediately around you openly laughs at those qualities and values such things as sexual prowess or predatory business skills instead. This is where Buddhist communities come in. They can openly part ways with the prevailing amoral tenor of our culture and let it be known in a kindly way that they value good-heartedness and restraint among their members. In doing so, they provide a healthy environment for the full-scale adoption of the Buddha’s course of therapy: the practice of concentration and discernment in a life of virtuous action. Where we have such environments, we find that meditation needs no myth or make-believe to support it, because it’s based on the honest reality of a well-lived life. You can look at the standards by which you live, and then breathe in and out comfortably—not as a flower or a mountain, but as a full-fledged, responsible human being. For that’s what you are.

© 2015 Thanissaro Bhikkhu. “The Healing Power of the Precepts” from Noble Strategy is licensed under Attribution-NonCommercial 4.0 International.

Thanissaro Bhikkhu was ordained in the Thai forest tradition of Buddhism in 1976 and is the abbot of Metta Forest Monastery near San Diego, California. He is the translator of numerous Buddhist texts, among them the Dhammapada.
View all posts by Thanissaro Bhikkhu →