The place of Vajrayana in Buddhist teachings.

Venerable Tarpa, when she was preparing for the SAFE (Sravasti Abbey Friends Education) online program we’re working on, discovered that there was nothing, no short videos, that give information about Vajrayana, so she asked me to do that. I’ll try and do it in 25 words or more [laughter].

Basically, Vajrayana is one of the vehicles in Buddhism. It is a branch of Mahayana. And this is something that is not very well understood. In the West people often talk about, “Oh, there are three Buddhist traditions: vipassana, Zen, Vajrayana.” That’s not correct. That’s the Western version, but if you say that to anybody in Asia, they’re not going to understand.

His Holiness usually speaks about it as we have the fundamental vehicle, which he calls the Pali tradition and the Sanskrit tradition, which is more or less comparable to the Mahayana although not all the Mahayana scriptures were written in Sanskrit. Of course, the Theravada scriptures weren’t all written in Pali either. They were translated from Sinhalese into Pali. But we’ll forget the details for right now.

This is very, very important because when Buddhism comes to the West, many people instantly hear [that] the Vajrayana is high, and they want to engage in that practice, but they have no Buddhist background, and before even understanding who they are and how their present body and mind function, they’re already visualizing themselves as being somebody else, and that doesn’t make much sense. We really have to start the path out with refuge and precepts and the four noble truths and the 37 harmonies with enlightenment and developing what we call the three principal aspects of the path: developing renunciation, bodhicitta, the correct view of the ultimate nature, and get some understanding and lay a very solid foundation on that before going into Vajrayana practice.

His Holiness says you don’t have to have full realizations of the three principal aspects of the path because then we may never enter it, but we do have to have some solid foundation. He says people should be Buddhist for five years and should have kept the five lay precepts for that period of time before taking Vajrayana initiation. When they do take Vajrayana initiation, they should Kriya tantra first. In the new translation school, there are four classes of tantra. Kriya tantra is the first class. It’s the lowest class in the hierarchy, but it’s already quite advanced. Those meditations are much easier and involve taking the bodhisattva vows, but not the tantric vows. He wants people to do that first and not just jump into highest class tantra.

That’s a little bit about where Vajrayana fits in in the scheme of Buddhist teachings. Tomorrow I’ll talk maybe about some of its unique qualities in terms of how you meditate. 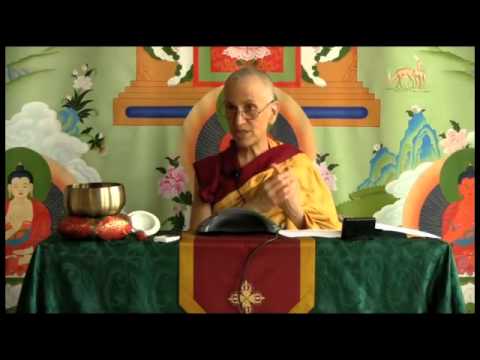 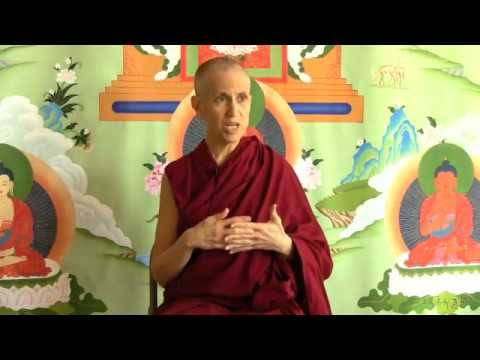