Ramesh encountered the Abbey through the Internet and joined the SAFE (Sravasti Abbey Friends’ Education) course. Later Venerables Chodron and Damcho met Ramesh and his family when they were in Bangalore, India, and he welcomed them to his home. There they met his father, who was already weak, and they were impressed by the way Ramesh cared for him with such love. He died about nine months later.

My father passed away two months ago at the age of 85. He suffered from no major illness and mostly he went through the natural slowing down of body and mind over the past few months. He lost interest in watching TV and reading the newspaper about six months prior to his death. His food intake reduced considerably, and what he wanted to eat and drink also changed over time. He took mostly on liquid food for the last several weeks. His mobility decreased: he lost the strength to stand up or sit up for more than a few minutes almost a month prior to his death. His body was so fragile. When we changed his clothes, we could see his ribs poking out through his skin. He was mostly in bed and needed assistance for almost everything. He slept most of the time in the weeks before he passed away.

In the last few weeks, he would make a few attempts to drink one cup of food, lying down after each sip. He used to get angry at times when the doctor prescribed IV fluids for two or three days a couple of times either because his blood pressure went down or he had some chest congestion. He would be irritated when we would wake him and remind him that it was time for his next cup of liquid food. He was disoriented with respect to time and would also talk or ask about things that happened many years in the past. At times he used to ask for how many more days things would go on like. Since there is no good answer to that, we used to tell him to take one day at a time and recall or say the prayers he used to say. There were a few days when he would stay up late and want one of us to be near him and hold his hand. I could see he was afraid. Also there were many days when he would smile and be happy, especially when we let him have his favorite drink.

I went to check on him as usual on the morning of his death. It seemed that he had tried to get up and pushed out pillows and blankets away. One of his legs was dangling outside the bed and he was breathing heavily. Because we had seen this breathing pattern a few times before, I moved his leg back on the bed and thought he would be okay after some time. I brushed my teeth and had my morning tea and then went back to check on him. He had passed away. I said some prayers. After some days, we cremated his body. For seven weeks I did prayers for the being who was my father in this life as he transited to the next life. 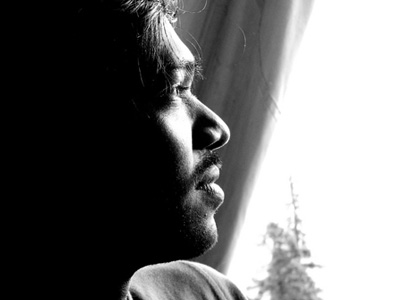 As the days passed, I saw that we had taken care of him as much as we could. (Photo by Praveen (ప్రవీణ్) Garlapati (గార్లపాటి))

I thought about what his life and death meant. For a few days, I felt some regret for not being there for him in his final half hour. As the days passed, I saw that we had taken care of him as much as we could. I also understood that it was better that attachment to me didn’t arise when he was dying. I reflected that he, and all of us, have to die alone. For almost a week, I was dealing with the separation, missing him more than grieving. In the last three or four months I had spent more time with him than ever before. I also had a chance to notice what he was going through—his experience of death. I didn’t look at it just as an observer but during those months I thought that I could go through such an experience myself.

After he passed away, I thought about the simple life he had lived, not clinging to many possessions. Several months before his death, he asked us to give away a new set of clothes he had kept aside. This helped me to generate the motivation to clean up my own clutter and reduce the number of things I am attached to. While going through his bag, I found several photos he had preserved—one of his father and another of him with his mother. These showed his affection for his parents. When my sister and brother visited a few times before he died, they commented that he was lucky to be taken care by us (my wife, the full-time attendant, and myself). I told them that he had created the causes for it and we were just the actors doing our part. I also thought about his long life. He was spiritual and did some prayers daily. He did rituals for his parents monthly and yearly and visited temples from time to time. I hope the positive thoughts he put in his mind will help him encounter the Dharma and progress as he migrates to his next life.

This whole experience has enriched my practice. The nine-point death meditation is more vivid for me now, especially the fragility of life and how easy it is to waste precious time. I felt glad about the decision to leave my job to be of help to my aging parents. With that understanding, each day when I do my morning prayers I rejoice at being able to practice one more day. I also consider each interaction with someone as if it could be last time I speak or relate to them. That releases any negative feelings I have and enables me to be kind to them, and to help them if I can. Thinking I could die anytime helps to reduce my negative feelings too. Also I appreciate the opportunities I have to study, reflect, and practice the Dharma.

During this time I noticed that I was closer to my mother than my father. She had suffered a lot, especially from anger, resentment, and attachment toward the end of her life, although she had been a more serious practitioner in her own ways. But I think I learned more from the last months of my father’s life. As I reflect on the kindness of my parents, I feel they both taught me some important lessons through my experience of observing them approaching death.

Many thanks to Venerable Chodron and the Abbey community for the prayers, support, and teachings which helped me so much during this time.

Lay practitioner from Bangalore, India. Participated in Retreat from AFAR and taken SAFE courses offered by Abbey.
View all posts by Ramesh →

Find more on these topics: death