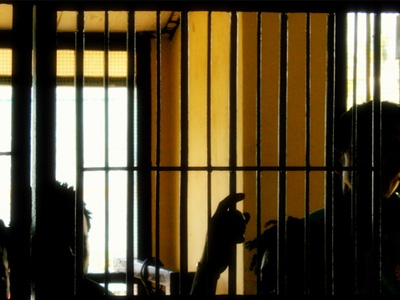 Prison is the exact opposite of how an appropriate society conducts itself. (Photo by Jail)

Prison is the exact opposite of how an appropriate society conducts itself. For example, in society you are held accountable for your actions, and if you break its laws or moral code, you are punished. In prison, however, you are highly regarded by your peers if you do something that’s inappropriate. For example, if I assault someone, my peers look at me as someone to fear and actually treat me with a type of respect. (I say “type,” because any respect held by fear is really a type of manipulation.)

Prison inmates have a code that says, “You don’t tell the guards anything that could get me or you in trouble. You always stand up to someone who is trying to hurt you or take your things. You always stay true and don’t lie to your partners. But anyone else you can lie to.” The ironic thing, though, is that almost all prisoners quote this code and swear they live by it, but rarely do they live by it. You can verify this by living among prisoners for a few years.

The last element that completes prison politics is the pecking order. When you have 2,000 men living together, there are a lot of wannabe alpha males. Those that are in for sex crimes are considered the lowest of the low and are to be avoided or exploited for money. All other prisoners are considered to be “stand up guys,” because they have committed what is called “solid crimes.” This basically means, “I didn’t commit a sex crime so I’m accepted.”

It’s funny, though, in this demented society where only the strongest have anything, I, as a sex offender, can be part of the “Peer Class” if I show I’m not weak and will hurt anyone who messes with me. You have to establish yourself through violence and I have. I started lifting weights and assaulting people, and now the other prisoners leave me alone. After 25 years, I’ve become strong with big muscles, so very few people challenge me. It all comes back to respect through fear. Once this type of perspective is ingrained in you, it’s hard not to let it come to the forefront of your personality. Meditation and Buddhist practices are helping me to rid myself of this “convict mask” that I have kept on for so many years.