Caring for our only home

Caring for our only home

In this Bodhisattva’s Breakfast Corner talk, Venerable Thubten Chodron gives an Earth Day message on how it is our basic responsibility to care for the environment that we live in for the benefit of ourselves and others.

I’ve been asked to give a talk for Earth Day and how we can relate to climate change, to the preciousness of our earth, and to the environment we live in. I’m not going to give you all the statistics that lead you to get very frightened about what’s going to happen and might motivate you to act, because I’m sure you’ve heard that many many times before. I have.

I just want to share a little bit on this topic because, in some ways, it seems to me completely obvious why we should take care of the earth and the environment. I wonder why I even have to talk about it. It’s like, if you live in a house and the house is filthy and it’s moldy and it’s filled with junk and crud, are you going to be healthy? All of us know, of course not. Do you clean your house because you want to stay well and you don’t want to have to breathe in all kinds of pollutants and trip over garbage when you’re walking from one room to the other? Yes, you clean your house. It’s obvious, isn’t it?

If we apply this to the whole world—because we don’t just live in our house, we live in the whole world—then it seems that we human beings should just automatically take care of our environment because it’s the place we live in. And that’s not even considering that we share the planet with millions and zillions of other living beings—in the sky, under the sea, in the ant hills, so many other living beings—such that we’re actually the minority population on the earth. But we’re the major polluter, aren’t we, we human beings? It would seem natural that, if you’re the minority population and you ruin the planet the most, you should pitch in and stop doing that and reverse it.

So these things just somehow seem obvious to me. But we human beings aren’t doing that. And why? Why? I think one thing is that we just look at how things are right now and we say, “The house isn’t too dirty, I’ll clean up later.” You all know that, don’t you? On Saturday, after working the whole week, you’re tired on Saturday morning. You’re supposed to clean. Ahh, I’ll do it later. We clean the environment, we care for the environment, in the same way. I’ll do it later, it’s not so bad. Other generations, all the young people, they’re so bright and talented and enthusiastic about the environment, we’ll leave it for them to fix it. That’s our ignorance that doesn’t realize what is happening right now.

And then also there’s our self-centeredness. Why should I do it? We, all of us, should take care of the environment and limit emissions and not waste so much. But everybody’s doing it. Why should I sacrifice my happiness and pleasure when everybody’s doing it? And we all need fossil fuels, we’re thirsty for them, our economy depends on fossil fuels. If we don’t have them, what’s going to happen to the economy? Then we’re all going to really suffer. So we better not change anything. We have quite a self-centered attitude about this. That if it’s inconvenient for me—and that means not even suffering from it but just being inconvenienced by it—then why should I do it?

We human beings do this in many many areas of our life: in our personal lives, as well as in how our country relates to things, as well as in how we as a global community relate to things. There is something in our attitude that we really need to look at and fix. Because the reality is that we all share the planet and pollution doesn’t stop at the borders. Pollution, it’s in the sky, it goes everywhere, whether our country creates it or not. Whether we create it or not. So if we expect other people to regulate themselves because their pollution could adversely affect us, then it only makes sense that we regulate ourselves so the pollution doesn’t affect them. I’m really glad that in Biden’s new infrastructure bill, he’s really investing a lot in new technology, new power technology, with wind, solar, whatever. That’s really good.

Our companies need to change. We have this mentality that we always have to grow. I find that interesting. The economy, if it just stays as it is now, that’s considered bad. It has to continually increase. But how can you continually increase when there is only so much land so we can only have so much population. And there are only so many resources, and they run out. So somehow, we have to change how we think of the economy and the importance of growth. We have to see how interdependent we are and to care about ourselves and our own family. But not only that, we have to care about all the living beings because we’re all—I can’t even say we’re all in this boat together—we’re all on this planet together. So we’ve got to cooperate and change our ways and not predicate it on: I’ll cut back on emissions if you do. And you do it first, then I’ll do it. No, we can’t think like that. We have to think, this is something that is important. I commit to do it because it’s the right thing to do and it’s important, and I care about all the other living beings on the planet.

And if we show that and there’s a sense of compassion for others behind it and there’s a sense of our own ethical integrity that is motivating us to do this, then others will follow suit. If they don’t follow suit, at least we’re helping. We shouldn’t predicate our help on other people’s help and their doing it first. We have to do it first because we see that it’s necessary and important and valuable.

This can become, in Buddhist terms, a process of learning about renunciation, one of the first of the three principal aspects of the path. Renunciation doesn’t mean you give up pleasure. It means you give up suffering. You renounce suffering so you renounce the causes of suffering. We’re willing to give a few things up in order to have a cleaner world and help ourselves and help others. It becomes a practice of compassion and bodhicitta, the second of the three principal aspects of the path, because we do it for all sentient beings because we are all in this together. We have responsibility for future generations, not only of human beings but future generations of all the different species. It becomes a practice of wisdom, the third principal aspect of the path, because we know that it’s something we want to abandon, polluting the world. We want to practice with wisdom to create other sources of energy, to be a considerate neighbor. We’re wise to practice. We see the wisdom in the situation.

Going back to the second principal aspect about it being the practice of compassion and bodhicitta, I was just reading about the death of the last man of the Juma tribe in the Amazon. So now that tribe is extinct. He had two daughters who married people in a neighboring tribe and they’re still remembering their Juma heritage. They’re remembering it but the Brazilian government is very much taking away the lands of the indigenous people and not protecting them from Covid. Many of the indigenous people in the Amazon are suffering and are dying from Covid. The reason for this is that the industry in the country wants to go and plant crops there and mine the land for minerals, get the trees, and so on and so forth. This is a direct example of the effect of our imperious attitude towards climate change and towards protecting the environment. Right here and now, different indigenous tribes are going extinct. We may say—again our self-centeredness—that’s them. We, we’re too numerous, we’re not going to go extinct. Well, the indigenous tribes of two centuries ago, even one century ago, were plentiful, thousands of people, and things can die out very quickly.

So let us take care of each other and all the living beings by taking care of the place where we live. Let’s take it as our own responsibility to do that. 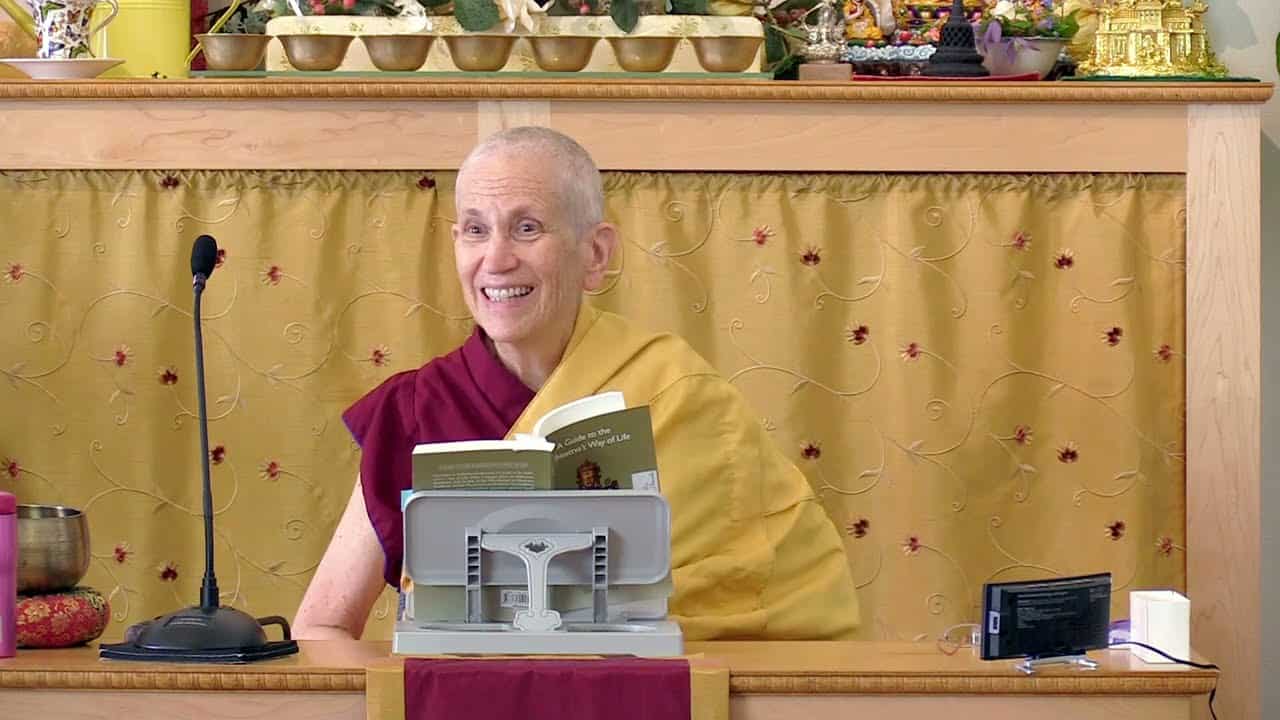 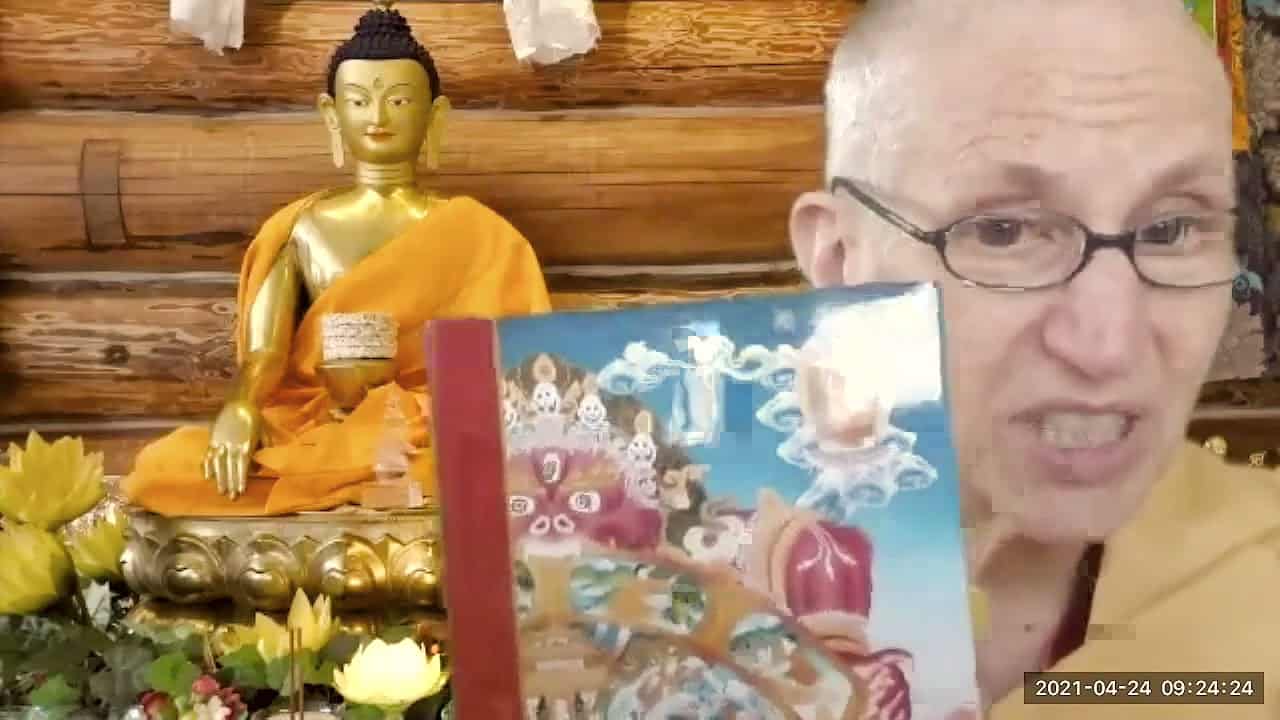