The second of two talks in response to an article in the New York Times by David Brooks entitled “The Power of Altruism.”

Part 1 can be found here: Survival of the most cooperative

I wanted to continue with the article I started on yesterday. It’s from the New York Times by David Brooks, about the power of altruism. He was talking about how our society is founded on this notion that we are inherently selfish, but that there’s a lot of evidence to prove that that’s not actually the case.

We stopped at the part where he was talking about if you have an 18-month-old baby and somebody drops something the baby will reach to pick it up and give it back to somebody as quickly as an adult will do the same, showing that there’s some empathy and some wish to help. And the interesting thing was if you gave the baby a gift for being kind it actually decreased their propensity to help in the future, which I find very interesting.

When we build academic disciplines and social institutions upon suppositions of selfishness we’re missing the motivations that drive people much of the time.

Worse, if you expect people to be selfish, you can actually crush their tendency to be good.

This has a lot of relevance right now, doesn’t it?

Samuel Bowles provides a slew of examples in his book “The Moral Economy.” For example, six day care centers in Haifa, Israel, imposed a fine on parents who were late in picking up their kids at the end of the day. The share of parents who arrived late doubled.”

Isn’t that amazing? When you have to pay a fine the number of parents who arrived late doubled.

Before the fine, picking up their kids on time was an act of being considerate to the teachers. But after the fine, showing up to pick up their kids became an economic transaction. They felt less compunction to be kind.

Interesting, isn’t it? When you shift it to an economic transaction rather than being something that you do because you’re connecting with another human being by being courteous to them.

In 2001, the Boston fire commissioner ended his department’s policy of unlimited sick days and imposed a limit of 15 per year. Those who exceeded the limit had their pay docked. Suddenly what had been an ethic to serve the city was replaced by a utilitarian paid arrangement. The number of firefighters who called in sick on Christmas and New Year’s increased by tenfold over the previous year.

Isn’t that amazing? When you make it economic then people lose their kindness, they lose their ethic, they lose kind of part of their integrity about doing their job.

To simplify, there are two lenses people can use to see any situation: the economic lens or the moral lens.

When you introduce a financial incentive you prompt people to see their situation through an economic lens. Instead of following their natural bias towards reciprocity, service and cooperation [their natural motivation towards this], you encourage people to do a selfish cost-benefit calculation. They begin to ask, “What’s in this for me?”

By evoking an economic motivation, you often get worse outcomes. Imagine what would happen to a marriage if both people went in saying, “I want to get more out of this than I put in.” The prospects of such a marriage would not be good.

Many of our commitments, professional or civic, are like that. To be a good citizen, to be a good worker, you often have to make an altruistic commitment to some group or ideal, which will see you through those times when your job of citizenship is hard and frustrating.”

A moral commitment. A commitment of kindness—an altruistic commitment—involves connecting with others, going through hardship, and being part of a group that you support and that supports you. Economic things, we’re on our own. “It costs this much and I alone have to pay this much, what’s in it for me?”

Whether you are a teacher serving students or a soldier serving your country or a clerk who likes your office mates, the moral motivation is much more powerful than the financial motivations. Arrangements that arouse the financial lens alone are just messing everything up.

You know, in terms of Dharma in the West, so many Dharma centers feel they have to charge in order to break even. And I think by charging they’re discouraging people from seeing Dharma, and their involvement with the Center, as something that comes from their hearts, that’s part of their integrity as a human being, that connects them with others, that enables them to be kind and generous, and instead of the Buddha giving you teachings and you feel uplifted, it’s a financial transaction, everybody’s doing business, nobody creates any merit, and you don’t connect with the group. And in fact, you see the group and the organization as a challenge, because they keep raising their fees, and maybe you can’t continue to attend because you can’t pay so much. It estranges you from the group. And I think being part of a group is what most people in the States want. When they come to centers, what I’ve seen, is people, they want to feel like they belong somewhere. And they didn’t belong in their previous churches, and they want to feel like they can belong in their Dharma centers.

In 1776, Adam Smith defined capitalism as a machine that takes private self-interest and organizes it to produce general prosperity.

This is what we all learned, remember?

A few years later America’s founders created a democracy structured to take private factional competition and, through checks and balances, turn it into deliberative democracy. Both rely on a low but steady view of human nature and try to turn private vice into public virtue.

And then you wonder why it’s so difficult for Americans to cooperate with each other. The individualism that our country is so founded on, which makes it so difficult for us… If we don’t agree with everything in a group we’re just not going to play ball. It all has to be our way, or the highway.

But back then, there were plenty of institutions that promoted the moral lens to balance the economic lens: [so in the 18th century there were] churches, guilds, community organizations, military service and honor codes.

Isn’t that true? And even the media is founded on this idea of “everybody’s selfish.” You read the headings of articles in the newspaper, you look at the names of magazines, everything is geared with the assumption that everybody is just looking out for themselves. And in doing so, they encourage that.

Now economic, utilitarian thinking has become the normal way we do social analysis and see the world.

I’m just thinking of what Trump has said about supporting our allies with whom we’ve had written agreements for 70 years, and now he doesn’t feel the need to continue with those agreements. There’s no moral feeling like “we made a promise.’ And instead he’s saying they need to pay their fair share. Not realizing that if we keep our commitments it actually stabilizes the world and prevents a lot of military conflicts. That whole view…. What happens?

We’ve wound up with a society that is less cooperative, less trusting, less effective and less lovely.

By assuming that people are selfish, by prioritizing arrangements based on selfishness, we have encouraged selfish frames of mind. Maybe it’s time to upend classical economics and political science. Maybe it’s time to build institutions that harness people’s natural longing to do good.

And I think that’s what was behind JFK’s statement: “Ask not what your country can do for you, but what you can do for your country.” And what Hillary was encouraging in her acceptance speech, of: “We’ve all got to contribute and work together.” But we’ve all been inculcated and conditioned with all this other rubbish, so there’s a lot we need to work on in our spiritual practice, and collectively as individuals when we talk to other people, to overcome this view that we’re all selfish and just looking out for ourselves.

Imagine what it would feel like… This is a good meditation to do. You know, when we imagine ourselves to be Chenrezig or any of the buddhas we try and imagine what would it feel like to be that buddha. So this would be part of that self-generation process, of what would it feel like to just have that commitment towards society, towards groups, towards individuals that values our connection, that values everybody’s happiness. Imagine what it would be to free ourselves from this preconception that’s buried deeply in our minds, but very active, that says we have to look out for ourselves first. What would it be like to be free from that?

I think when we do “divine dignity” of being one of the buddhas, this is part of what we’re trying to imagine being like, and acting like in our normal, day to day interactions with other people. Instead of assuming that everybody around us is just looking out for themselves and doesn’t want to contribute, will take advantage of us and will rip us off, and so on and so forth.

That doesn’t mean you give up your street smarts and you just trust everybody unconditionally. I mean, we have to keep our street smarts, that’s important, but to leave that space, to tap into other people’s kindness and integrity.

Part 1 can be found here: Survival of the most cooperative 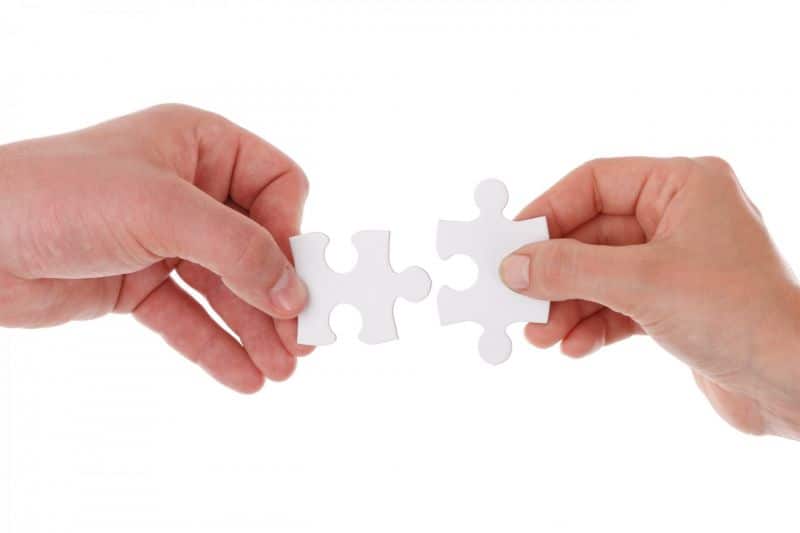 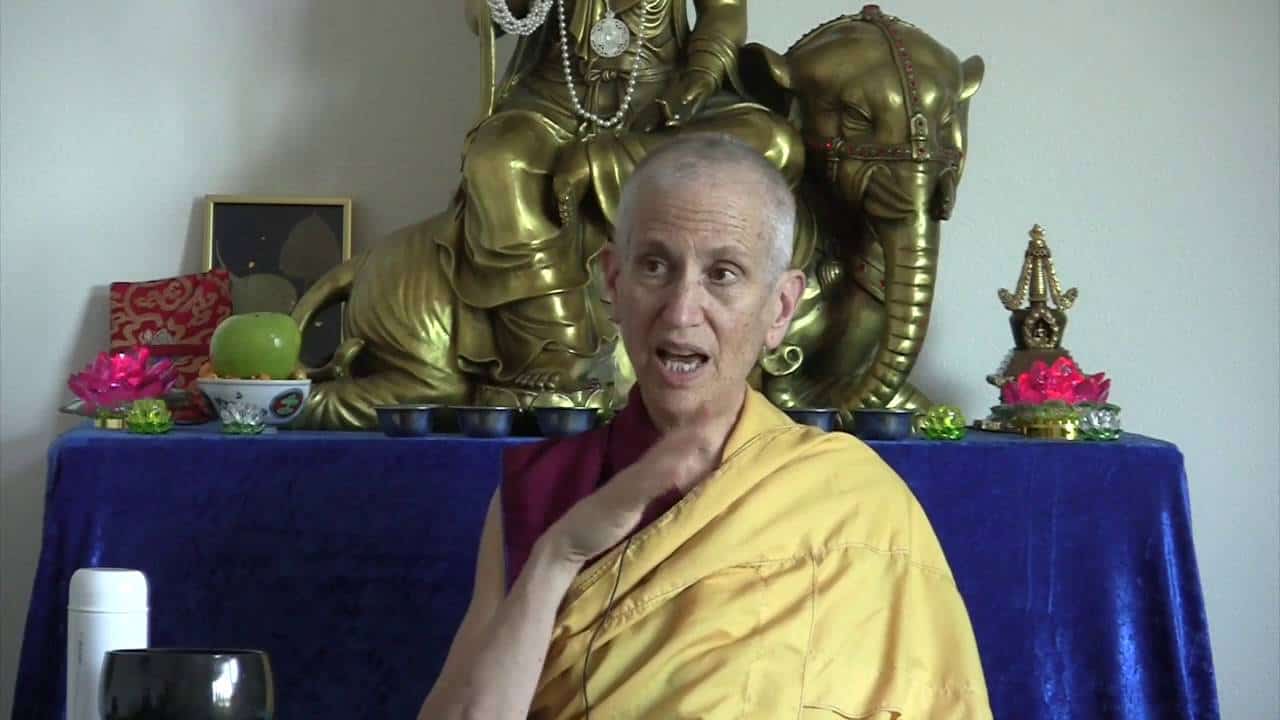 A mirror for our spiritual journey