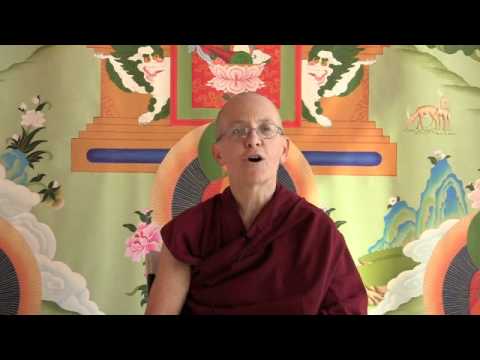 I don’t have a lot specifically to say today. Yesterday Don Wackerly was executed in Oklahoma—one of our Dharma friends that some of us have been writing to for a number of years. So I have my own process about how to deal with that and rejoice and be sad at the same time, which actually is possible. But one of the things is, being his pen pal over the past … I think it was about three years that I wrote to him, is that as he got more and more into practicing the Dharma and working on his mind and heart, toward the end of his life he started having this very profound question about “was my life meaningful and did it have purpose?” And so much like the rest of us, making all of these detours in our lives where we ended up doing some rather confusing, not very helpful things, that didn’t answer that question very well. But I think toward the end … I think the end of his life, from what we’ve seen for the support and the love and the people that he touched, specifically by his courage to continue to transform his mind in the middle of quite a challenging, very very difficult experience. That I think indeed, in the end, Don Wackerly had a profoundly purposeful and meaningful life.

We have this dedication prayer that Lama Zopa wrote, and we say it after we do our eight Mahayana precepts and dedicate any time after a very big, auspicious celebration or event of some kind.

I wanted to read this, because I think if Don were here, he had some time yesterday to say his final parting words, and I have a feeling that if he had this dedication in this book in front of him it might have been something that he would have enjoyed being able to say, and that I do believe very much that he was successful as far as having purpose and meaning in his life.

Whatever actions I do, eating, walking, sitting, sleeping, working, and so forth, and whatever I experience in life, up or down, happy or unhappy, healthy or sick … Whether I have a terminal disease or don’t, whether my life is peaceful and harmonious, or with discord and difficulties, whether I am successful or fail, rich or poor, praised or criticized, Whether I am living or dying or even born in a horrible rebirth. Whether I live long or not, may my life be beneficial for all beings. The main purpose of my life is not simply to be rich, respected, famous, healthy and peaceful. The meaning of my life is to benefit all sentient beings. Therefore from now on may whatever actions I do be beneficial for all sentient beings. May whatever I experience in life, happiness or suffering, be dedicated to actualizing the path to enlightenment in my mind, and may my actions and experiences cause all sentient beings to attain full enlightenment quickly.

I have a feeling, just because of my, what little I knew of him via the letters, is that he was working very seriously into whatever he experienced in life, happiness or suffering, be dedicated to actualizing the path, not only in his own mind, but in all the sentient beings who came within his parameters.

Yeah, I think that he had a meaningful life when everything was said and done. So to Don Wackerly, I rejoice at the purpose of your life.

Ven. Semkye was the Abbey's first lay resident, coming to help Venerable Chodron with the gardens and land management in the spring of 2004. She became the Abbey's third nun in 2007 and received bhikshuni ordination in Taiwan in 2010. She met Venerable Chodron at the Dharma Friendship Foundation in Seattle in 1996. She took refuge in 1999. When the land was acquired for the Abbey in 2003, Ven. Semye coordinated volunteers for the initial move-in and early remodeling. A founder of Friends of Sravasti Abbey, she accepted the position of chairperson to provide the Four Requisites for the monastic community. Realizing that was a difficult task to do from 350 miles away, she moved to the Abbey in spring of 2004. Although she didn't originally see ordination in her future, after the 2006 Chenrezig retreat when she spent half of her meditation time reflecting on death and impermanence, Ven. Semkye realized that ordaining would be the wisest, most compassionate use of her life. View pictures of her ordination. Ven. Semkye draws on her extensive experience in landscaping and horticulture to manage the Abbey's forests and gardens. She oversees "Offering Volunteer Service Weekends" during which volunteers help with construction, gardening, and forest stewardship.
View all posts by Venerable Thubten Semkye →