Exploring the phenomenon of the JuBu

The Chief Rabbi, Sir Jonathan Sacks, in an article entitled “Next Year in Jerusalem – Teaching Children the Story of Their People” which appeared in The Times of April 8, 2006, describes a meeting between the Dalai Lama and a group of American Jews he had invited to visit him in Dharamsala, India. The Dalai Lama, the head of the Tibetan government-in-exile, wanted to learn from them “the secret of Jewish spiritual survival in exile.” This interests him because since the 1959 occupation of Tibet by the Communist Chinese, the Tibetan people have been faced trying to preserve their faith and identity outside their own homeland. He also wanted to know about Jewish meditation and the Kabbalah (Jewish mysticism).

Each member of the group had received a copy of the Buddhist scripture known as the The Dhammapada (The Way of Truth). This booklet contains 423 sayings culled from sermons given by the Buddha. The Dhammapada was the first Buddhist scripture to be translated into a foreign language. The English translation given to the group was by a senior Sri Lankan Buddhist monk, the late Venerable Dr. Balangoda Ananda Maitreya Mahanayaka Thera (1896-1998).

The Chief Rabbi mentions in his article that the Jewish group’s visit is described by Rodger Kamenetz, a member of that group, in his book The Jew in the Lotus: A Poet’s Rediscovery of Jewish Identity in Buddhist India. In addition to talking about their discussions with the Dalai Lama and other Tibetans, Kamenetz speaks about meeting many “JuBu’s,” (Jewish Buddhists/Buddhist Jews) who are students of Tibetan Buddhism.

The phenomenon of JuBu’s has been researched and written about, and more is yet to be learned about and from them. One of the earliest JuBu’s was a German Jew, Siegmund Feniger, born in 1901 in Hanau, near Frankfurt, whose interest in meditation and Buddhism took him to Ceylon (now Sri Lanka). In 1936 he was ordained as a Buddhist monk whose ordination name was Nyanaponika Bhikkhu. He mastered Pali, the language in which many Buddhist scriptures were recited and in which the Buddhist Canon was first written down in the first century B.C.E. Later on he began the task of translating selected sermons of the Buddha into English, to make them available in low-priced, booklet form. This modest enterprise, started in a small attic room in the central hills of Sri Lanka, is now the world famous Buddhist Publication Society (BPS). Venerable Nyanaponika Thera became a legend in his own lifetime and served as the President of the BPS until he passed away in Sri Lanka on October 19th 1994. He had spent 57 years in robes as a Buddhist monk. His successor, who continued translating, editing, and publishing Buddhist books at the Buddhist Publication Society was Bhikkhu Bodhi, an American Buddhist monk, who was also born Jewish. Bhikkhu Bodhi wrote “The entire Buddhist world, and in particular the English and German-reading followers of Theravada Buddhism, will forever be indebted to Venerable Nyanaponika Mahathera for his life of selfless service in transmitting the wisdom of the Buddha to humanity.”

The question is often asked: why is there such a disproportionately large number of Buddhist leaders, teachers, monastics and practitioners who are Jewish? One reason could be the greater availability of suitable material on meditation and mysticism in Buddhism than in Judaism.

The best known book to discuss this is That’s Funny, You Don’t Look Buddhist: On Being a Faithful Jew and a Passionate Buddhist by Sylvia Boorstein. The author explains that her Buddhist practice has made her a better Jew, and that by allowing her Yiddishkeit (Jewishness) to show, she has become a better Buddhist.

A classic book on Buddhism and Judaism is Harold Heifetz’s Zen and Hasidism published in 1978. A wonderful recent book is Letters to a Buddhist Jew, by Rabbi Akiva Tatz and David Gottlieb. This book evolved from a correspondence between Orthodox Rabbi Akiva Tatz and David Gottlieb, a JuBu who was seeking a path back to Judaism. Rabbi Tatz attempts to answer the questions many disaffected Jews have asked for decades. David Gottlieb also explains why some Jews are attracted to Buddhism.

Buddhism and Judaism in England

Personally speaking, I find this exchange between Buddhists and Jews invigorating. Since my days at University, I have studied Judaism, especially with Rabbi Reuven Silverman at Manchester Reform Synagogue [Jacksons Row]. In June 2000, I accompanied the Sri Lankan Abbot Venerable Pidiville Piyatissa and Venerable Nagama Hemaloka of Ketumati Buddhist Vihara, Oldham, to the synagogue, where they provided an excellent lunch dana to the monks. Thanks to Rabbi Silverman, I was able to meet his teacher Rabbi Hugo Gryn from the West London Synagogue, where the Dalai Lama once spoke. Theravada Buddhist monks from the London Buddhist Vihara and Amaravati Monastery have also spoken at the West London Synagogue. The Daily Telegraph described Rabbi Gryn as “Britain’s most beloved Rabbi” in his obituary, and even the journal of the London Buddhist Society, The Middle Way, published two obituaries of him (one by the author) in its November 1996 issue.

Bibliography on Buddhism and Judaism

Jacquetta Gomes was included in Burkes’s Landed Gentry, Volume III, England’s Northwest including Contemporary People of Distinction (1996) as a Contemporary Person of Distinction in recognition of her religious work. The Mayor of Kendal Councillor Gwen Murfin requested that a Pali Buddhist Blessing Ceremony be conducted for the Mayor’s Parlour in Kendal Town Hall to celebrate this achievement. An Osmanthus Burkwoodii bush was planted in the Multifaith Memorial Garden at Kendal Unitarian Chapel to commemorate this event. Jacquetta is a founder of the Buddhist Group of Kendal, a Theravada Buddhist group in the Lake District, U.K. 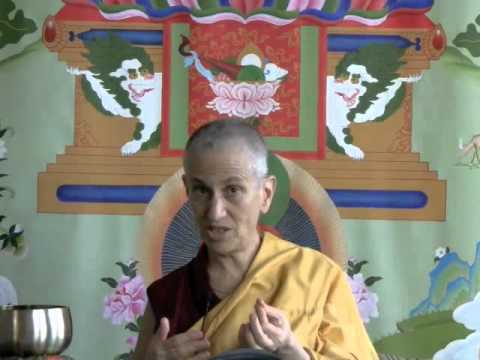 Relying on a spiritual mentor