Reconnecting with Buddhism in Asia

Reconnecting with Buddhism in Asia

Many of you have been asking about my recent trip to Singapore and India, so here goes.

I was in Singapore two weeks, ten days before going to India, and five on the way back. The visit was organized by Phor Kark See, the large Chinese temple there, and by Buddhist Fellowship. They put together a jam-packed schedule of teaching in various places around the city: a bookstore, the university, Amitabha Buddhist Center (where I was resident teacher in ’87-’88), a three-day retreat, Buddhist Library, a two-day forum with other speakers (among whom was Ajahn Brahmavamso, a British Theravada monk who is abbot of a monastery in Australia), and two public talks with over 1300 in attendance each evening. 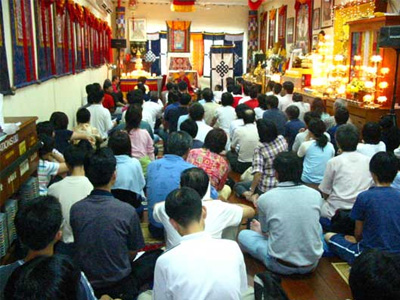 The situation of Buddhism in Singapore has improved in the years since I’ve been there, due to the interest and energy of many modern-minded monastics who have differentiated Buddhism from ancestor worship and many young people who are working to propagate the Dharma. Buddhist social engagement has increased too, with the opening of Buddhist-sponsored clinics, nursing facilities, day care centers, schools, etc. Best yet, more people are practicing and transforming their minds.

As always, I was happy to be back in India, this time visiting South India, particularly Ganden Monastery near Mundgod and Sera Monastery near Bylakuppe. The 16-year-old incarnation of my teacher, Serkong Rinpoche, lives at Ganden, and I stayed at his house for over two weeks. It was a nice, relaxed atmosphere, where I had time to work (brought the computer with!) and yet spent lots of time with Rinpoche. Rinpoche is quite mature and we would have serious discussions. Then, moments later we would play and joke like kids.

My friends from Singapore, Hwee Leng and Soon Ann, were there for part of the time and kindly offered Rinpoche a PC on which they put Encarta Encyclopedia, World Book, History of Life, Learning English, and various other interesting things (no computer games!). This opened a new door to the world for him, for access to general info in a monastery in rural India is limited. He looked up Helen Keller, Nelson Mandela, sharks, whales, volcanoes, El Salvador, Singapore, sleeping, diabetes, Pearl Harbor, cats, Jerusalem, and you name it. We talked about HH the Dalai Lama‘s admiration for Gandhi and ML King. Rinpoche copied out part of the I Have a Dream speech which he heard on a video clip in Encarta and began reciting it around the house.

It’s remarkable meeting the teenage incarnations of one’s elderly teachers and having discussions with them in English, instead of through a translator in Tibetan. I explained to Zong Rinpoche the Christian idea of God and the soul, which led him to contrast it with the Buddhist view. We then got into a discussion about Buddha and God and what happens if people make offerings to the Buddha, but their idea of the enlightened one is that of an external deity, like God. Ling Rinpoche, on the other hand, asked me to explain quantum theory!

The most surprising thing was that I was asked to give some talks to Tibetans. I’ve been around the Tibetan community for 25 years now, and only in the past year has this happened. The predominant Tibetan view has been that neither nuns nor Westerners are well educated in the Dharma and qualified to teach. So, last year, when Venerable Tenzin Wangchuk, a monk at Ganden, asked me to speak at the Central School for Tibetans in Mondgod, it was a first. The talk to an assembly of students went well, so this year he arranged for me to go again, to speak to over 200 students. In addition, in Bangalore, I spoke to about 50 Tibetans who were university students. I was overjoyed to do this, for it is one way for me to repay HHDL’s kindness and the kindness of the Tibetan community.

But even more surprising was when I was asked to speak at the monastic schools at Ganden Shartse and Drepung Loseling. Venerable Tenzin Wangchuk arranged the former and Geshe Damdul the latter. A nun giving a talk to monks! Unheard of! What’s happening? Over 220 monks at Shartse listened to the one-hour talk and about 75 monks at Loseling heard a three-hour talk. The talks were translated into Tibetan. In both talks I emphasized the motivation for becoming a monastic and the importance of keeping the precepts well and of behaving properly. I told them that although there may be less physical suffering in the West, there was greater mental suffering, and that rather than seek the “beautiful life” in America, they should treasure their opportunity to be monks in India. Then I talked about HHDL’s conferences with scientists (many of which I’ve been fortunate to attend) and his enthusiasm for monastics learning science so they can integrate that perspective into their debates. I discussed points of similarity and difference between the two disciplines, and told them that scientists, in general, had a differing notion of mind than we Buddhists did and that they did not know about karma.

At all places, I left time for Q&A. The questions asked by the students and those asked by the monks differed. The English-speaking modern-educated Tibetan students asked questions that resembled those asked by Westerners: How can we prove rebirth? What does practicing the Dharma really mean? How do we manage our anger? and so forth. One student said, “What is the purpose of prostrations? My biology teacher told me they were just for exercise.” These young Tibetans also asked me a poignant question: How can we keep Tibetan religion and culture alive until we regain our country’s freedom?

The monks were initially more reticent when asking questions, but they soon got going. They asked a lot about science: How does science account for this and that? How does the brain work? How do diseases occur? If scientists don’t believe in karma, how do they account for what happens in our lives? The monks also asked about my experience, why I became a Buddhist, and so forth.

The list of questions piled up, with not enough time to respond to all of them. Venerable Tenzin Wangchuk, who had a video camera, then suggested that we make a Q&A video that could be shown later. We did, with an English-speaking Tibetan monk reading the questions. Interestingly, as we progressed, the monk began asking his own questions, in addition to the ones of the students, so we had a lively discussion!

I also visited Jangchub Choling Nunnery in Mundgod and was pleased to see the progress the nuns were making in their studies. They just completed a new building, giving them more living quarters, although the nunnery is still short of space. They are learning the philosophical studies, debating, English, and Tibetan, and a few nuns attend the Central School to learn practical subjects such as office management, shorthand, and computers.

From Mundgod, I went to visit my teacher, Geshe Jampa Tegchok, at Sera Monastery in Bylakuppe. I studied with Geshela several years in the early 80s when I lived in France, and am very indebted to him for his kindness in teaching us so many Dharma subjects day after day for years. Venerable Steve, one of Geshela’s Western students studying there and an old Dharma friend, kindly met me in Bangalore and we traveled back to Sera together. The author of Transforming Adversity into Joy and Courage, Geshela just completed his term as abbot of Seraje. Yet, for the three days of my visit, he cooked for Steve and myself. I kept saying that we should prepare his meals, but whether it was because he knew I was a horrible cook, he insisted on cooking. His humility was a great teaching for me, and over the meals we had many interesting Dharma discussions. Thankfully a young monk cleaned up. I couldn’t have tolerated Geshela doing that!

I returned to Seattle safely and with much gratitude for the kindness of others. Now it is my turn to try to repay that. 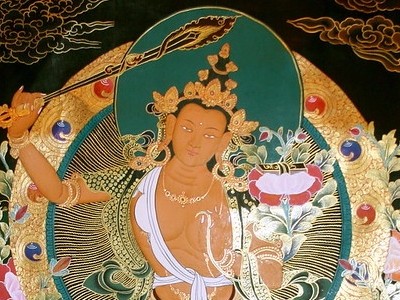 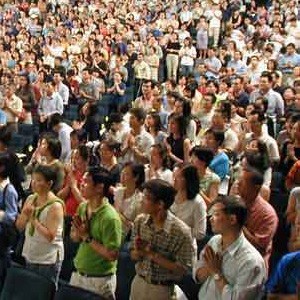