You are here: Home > Monastic Life > Buddhist Nuns > Congratulations to the first Geshemas!
By Venerable Thubten Chodron on Sep 23, 2016 in Buddhist Nuns 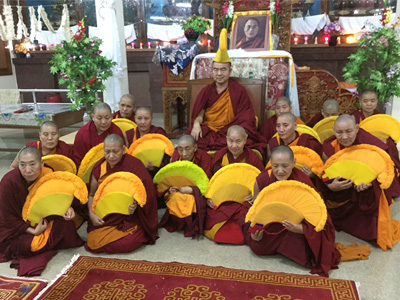 Tibetan Buddhist nuns have made history. They have completed their courses of study and received their Geshema degrees, the equivalent to a Doctorate in Buddhist philosophy. Exam results were announced by the Department of Religion and Culture of the Central Tibetan Administration.

“The Geshema examination process is an extremely rigorous one that takes four years in total, with one round per year each May. During the 12-day exam period, the nuns must take both oral (debate) and written exams. They are examined on the entirety of their 17-year course of study of the Five Great Canonical Texts.” —TNP.org 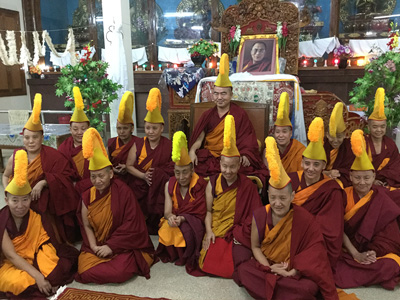 His Holiness the Dalai Lama will present the degrees to the nuns in December at Drepung Monastery in Mundgod, South India, in conjunction with the celebration of the monastery’s 600th anniversary.

Wearing the yellow dongka (vest) and the yellows hats is a great honor—it indicates the nuns are now Geshemas. They are the first Tibetan nuns to wear these. The Geshemas in the photo are from Jangchub Choeling Nunnery in Mundgod, one amongst a number of nunneries that fielded candidates for the Geshema examination. 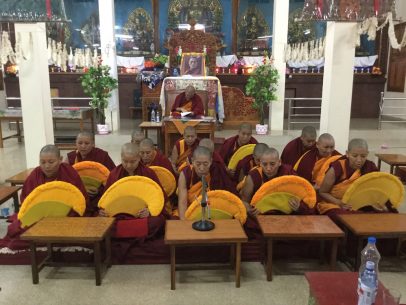 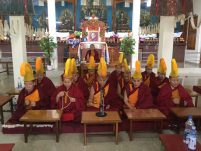 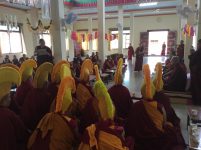 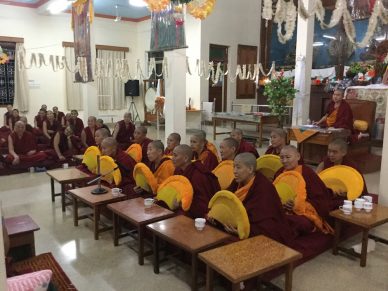 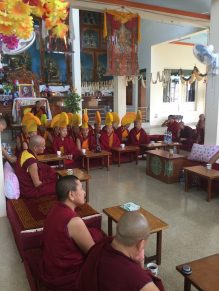