A response to a student’s question on what happens when we criticise bodhisattvas.

Abusing or criticizing bodhisattvas or the Mahayana is very detrimental. Bodhisattvas are working for the benefit of all sentient beings, so if we interfere with a bodhisattva’s good deeds, we’re really interfering with what’s beneficial for others. Disparaging and criticizing a bodhisattva creates obstacles for the good he or she is doing for all sentient beings, and our own bodhicitta and altruism will suffer as a result of it. 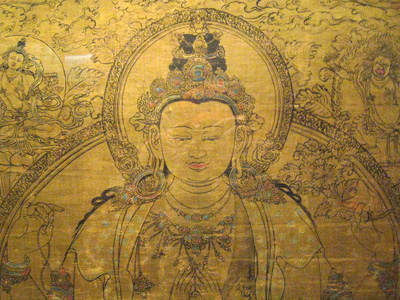 Since we don’t know who is a bodhisattva and who isn’t, it is best to not criticize anybody. (Photo by Wally Gobetz )

If we want to become bodhisattvas and do those altruistic deeds that give vast benefit to others, criticizing the people who are our role models for acting with altruism will prevent us from becoming like them. We need to respect what we want to become. If we don’t, we’re not going to become it.

Spiritual masters often teach that since we don’t know who is a bodhisattva and who isn’t, we shouldn’t criticize anybody. That is very good advice in terms of helping us to subdue our judgmental attitudes. However, a doubt may arise: does that mean we should keep quiet about others’ unethical or harmful actions? For example, if I see John cheating Harry, should I just ignore it because maybe John is a bodhisattva? If I point out John’s unethical action, do I run the risk of creating negative karma and impeding the growth of my own bodhicitta?

Or maybe if I see two people on the street having a fight, and one guy is beating up the other one, does it mean I shouldn’t intervene, because maybe one is a Buddha and he’s just using these fierce actions to subdue the mind of somebody else?

I’m taking what the great masters tell us and carrying it to an extreme in posing these questions. In a conference I attended, His Holiness commented, "In the teachings, we talk about not criticizing anybody because we don’t know who is a bodhisattva and who isn’t. So to my understanding, John could be a bodhisattva. From that point of view, I shouldn’t criticize him. But from the point of view of John cheating Harry, I have to point out John’s detrimental actions, because they harm another person."

In saying this, His Holiness makes the delicate distinction between what we hold in our mind and how we act in the world. In our mind, we might hold John as a bodhisattva, and from that viewpoint, we don’t disrespect him as a person from the depth of our mind. However, from the point of view of his actions, and how those actions manifest in the world and affect others, we point them out and explain that they are harmful. In doing this, we differentiate the person from his or her actions and comment not on the value of the person but on their actions. In addition, we call attention to the harmful action not because we are angry, but because we have compassion for both parties involved. John’s cheating Harry harms not only Harry but John as well, because he accumulates negative karma. Having compassion for both people, we do what we can to correct the situation.