You are here: Home > Practical Buddhism > Prison Dharma > By Incarcerated People > On Compassion > Sharing positive energy
By M. on Jun 18, 2011 in On Compassion

M. is serving a sentence of several decades for arson. His case was highly publicized and evoked much public hostility. A Buddhist before his imprisonment, he has continued his practice there.

There was a new and visibly upset guard in the booth one day. He was also new to our unit. I asked him for a pass to go to the law library. He took my name, noticed who I was, and made a negative comment (This is staff misconduct). As I walked back to get my papers, he called me back to take back my pass, stating that it was too near “movement,” the time in which the general population moves about. (One can only get passes after movement.) 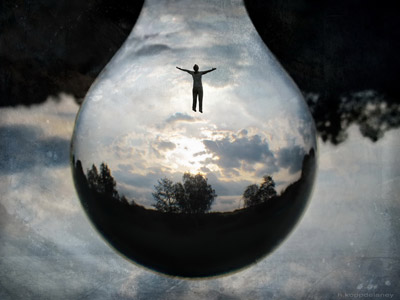 Just give the person a bit of compassion and understanding. (Photo by Hartwig HKD)

Anyway, I thanked him, waited until movement closed, and then got my pass, with a smile on my face and a “Thank you, Sir.” When I got back from the law library about two hours later, he smiled and apologized to me. He said he was having a bad day and shouldn’t have taken it out on me. I shared with him that it is okay to be in a bad mood; it just depends on what you do with the energy. He thanked me, and we went on our ways.

Other inmates would have:

Other inmates were around when this happened and were surprised that I handled it the way I did. Then they asked why I didn’t go to the SGT and file a grievance. My response was that all that was not necessary. Just give the person a bit of compassion and understanding. Everyone has a bad day. A few inmates agreed; most did not.