An excerpt from a letter that Tim wrote to Sravasti Abbey in May 2011.

Back in early 2006, I had the pleasure of being introduced to Venerable Thubten Chodron and Venerable Thubten Tarpa during their visit to Airway Heights Correctional Center. At that time, I had been in prison for a year and was very angry and frightened. I was so busy looking at others—watching for any signs that they were going to harm me—that I had no energy left for myself. In short, my life sucked. 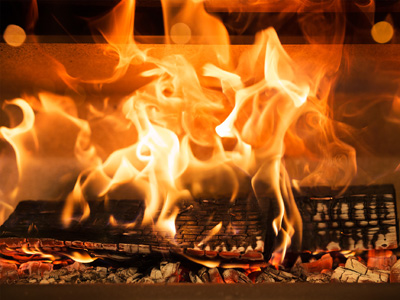 I have learned to deal with my issues because I am the fire in that flame. (Photo by Dalibor Tomic)

That first meeting lasted an hour or so, and the topic Ven. Chodron spoke on was “Inner Anger.” I had never thought of anger in that way before, but it makes sense since anger has to come from somewhere. Previously I was embroiled in the idea, “It’s not me that is pissed off, it’s always them!! They make me do it! They make me angry!” Was I off track!

Never in my life had I taken the time to sit down and truly listen to what was being said. And never, never would I believe this life-changing information would come from a small, shaved-headed, 120-pound soaking wet lady wrapped in bed sheets (LOL). Are you serious?

Well, to say the least, that day, at that very moment, this red-necked Texan learned not to judge a book (nun) by her cover!

I cannot express the life-altering change that short talk started in me. Over the last five plus years I have been blessed to listen in person and on tape to Ven. Thubten Chodron and read several of her books. Over time I have learned why to meditate and how to meditate. I have learned to deal with my issues because I am the fire in that flame. Never in my life would I have admitted that I was my greatest enemy, when it was always so easy to blame “them.”

Me! Me? How can I be my worst enemy? Easy. Because I have never learned how to listen to myself. I was 42 years old and did not have a clue who I was at all. I had extreme anxiety, was overweight, in very poor health, and even worse, suffered from low self-esteem.

No longer. Today I take little to no medication. I am lean and healthy, happy and positive. I will be getting out of prison this year.

In closing, they say everything in the universe started with a “bang.” In that case, the spark in my life came from Sravasti Abbey!

This article is available in Spanish: La chispa.