A couple of weeks ago, I went through a period during which I felt irritable on a regular basis. I was able to recognize it but unable to squash it—or maybe I just wasn’t trying real hard.

I saw it manifest itself particularly when I was dealing with the guards. I have always had the attitude of “us vs. them” when it comes to the cops. I only spoke to them when I had to. If one would attempt to make small talk with me, I would ignore him. I had contempt for them, due to the way they often treat us, for the way that they seem to think they are better than us. My attitude may also have been part of my “hard” image. 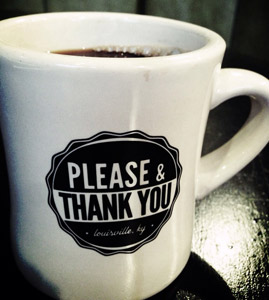 Anyway, as it is with most everything else, ever since meeting the Dharma I have grown away from my old ideas and actions concerning the guards. I’m not a lot more friendly, I’m just not hostile. But for two or three weeks, I had fallen back into my old antagonistic mindset. I caught myself a couple of times arguing with the officers, sometimes about stupid things. Afterwards I would realize that I wasn’t even angry. At times I felt that I was just being territorial, that I was drawing boundaries between us.

After one such incident, I stopped the guard as he was passing my cell later in the day and apologized to him for my behavior. He was totally shocked and at first, was at a loss for words. Then he told me that it was okay and started telling me that he was having a bad day because of his co-workers. Afterwards, I felt much better, so lately I’ve made a point of taking my mask off for the police. I say, “Please” and “Thank you” instead of “Yeah” and “#?!%=NO!” They receive that kind of talk so much that they expect us to be nasty towards them. It puts them off a little when we’re not. But after all, we’re just two human beings.

Treating people nicely instead of with hostility is right on. If I show them a friendlier side, they usually respond to it. Also being friendly changes the way that I perceive them right from the start.

Kalen sent me a joke that made me think about that. Once there was a king in India who was bored so he invited the abbot of the local monastery to dinner. During dinner the king told the monk, “Let’s see who can insult the other the most.” So the king told the abbot, “You are a big fat smelly pig.”

The monk replied, “You are a Buddha.”

The king said, “No, you don’t understand. You are supposed to insult me.”

The monk thought for a moment and then responded, “I guess a Buddha sees a Buddha and a pig sees a pig.”

Ha, I liked that. When I’m being a pig, I only want to see the worst in everyone else. When I’m a pig, everyone is a pig.

I was reading a commentary on the Eight Verses of Mind Training, and it mentioned the four steps for maturing others. That’s like the kind of subterfuge you spoke of when you said you make a special effort to be nice to the guards when you go on prison visits. It’s like the old saying, “You get more flies with honey.”