You are here: Home > Practical Buddhism > Prison Dharma > By Incarcerated People > Reflections > After release: A woman’s perspective
By J. T. on May 18, 2005 in Reflections

As several of you may know, I have finally found myself outside of prison’s gates. The Parole Board granted me an FI-1 in January of this year and by the end of February I was saying my farewells. For years I had envisioned this elaborate departing, planning each step toward the gate in grand sentimental style. I figured I would know the date of my release a few days in advance.

A very wise, though harshly blunt friend said, “J., they’re going to toss you out there when you least expect it. You can’t plan everything”

And so it was that morning, I didn’t know I was leaving until the Lieutenant walked into the office and asked me, “Do you know you’re being released today? The van is already on its way.” I stood there speechless, slowly looking around the room as if I was suddenly lost and I didn’t know who I was.

“Well,” he said, “do you want to go?” “Of course!” I replied as I stumbled out the E and R front door. The rest was a blur as I said my goodbyes in the rain. 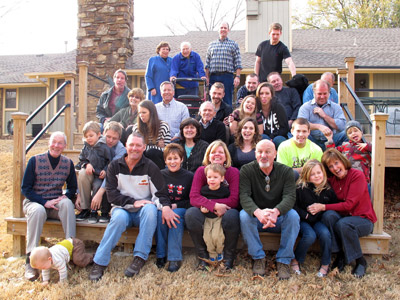 I have seen the beauty in my grandparent’s faces, wrinkled from many years of labor and holding families together. (Photo by OakleyOriginals)

While waiting at Reception I fretted that my parents may not have called that week and I would have to endure the bus. Any ride home would do, but after ten years of functioning in a different society than the one I was about to reenter, I was nervous. I admit I wanted the assurance of my daddy’s hand and the comfort of my stepmother’s protectiveness for that first encounter of a world I had long tried to forget.

As I prepared myself for the bus of strangers, the lady at the front desk, who had warmly laughed when I couldn’t recite my TDCJ number on the first request, informed me that my parents were in the parking lot. Relieved, yet still afraid, I walked through the last gate.

A month later, I sit here wondering how I can adequately convey to you all the emotions involved in this transition. Everyone who is released can tell the tales of all the splendor in simple things which are often taken for granted by those who have never known the deprivation of prison. I have delighted in an array of food. I have slept without being awakened by the banging of a clipboard during count time. I can make decisions for myself, though the variety of them can be overwhelming sometimes.

There are things worth more than these pleasures that I don’t think get enough recognition. I have seen the beauty in my grandparent’s faces, wrinkled from many years of labor and holding families together. There could not be anything sweeter than the voice and laughter of my nephews and nieces. I discovered I had missed them more than I allowed myself to believe. I value a moment with my brothers more than I allowed myself to believe, more than any possession. Time is well spent listening to my parents’ stories and learning their wisdom. I can look out across the pasture next door in the mornings, watching the ducks swimming in their pond and the sun rising from the east, and I am filled with gratitude to be in this place.

There are struggles I want to confess, but not the ones that I had feared. My parole officer is a policeman who is fair and reasonable. I am blessed with support. I have a home and transportation. There are no great demands. Be on time to my appointments, and refrain from drugs and alcohol. Do not carry a weapon, pay my fees, and get a job or attend school.

The struggle has been within me. I spoke to you before about redemption. Many of us live in denial about what put us in the State’s custody to begin with. I worked hard on understanding and accepted my responsibilities during my prison stay. I wasn’t perfect and I had my fair share of problems. But I pressed on even when I didn’t want to. I never gave up on myself. I did everything to better my situation.

I graduated high school and earned my associates’ degree. I tried to be a good worker, teacher, and friend. More importantly, I turned inward to confront my demons, which was the most painful part of the journey. The soul of a prisoner tends to be tortured by the regret of the past and the thought of what the future may bring.

I prepared myself for this exodus home, but what can prepare you for the vividness of reality? Here I am face to face with then and now, with the regret of yesterday and the possibilities of tomorrow. As daunting as the task of living appears, I am stepping over the snares of fear, and finding strength in the belief that I am capable of accomplishing everything I set my mind to do. I will redeem myself. I will not walk in shame.

My struggle has been forgiveness. I am learning that love covers all wounds and heals us with a power that mystifies and astounds. I learned to forgive myself, and from there I gave it freely. Love saved my life in prison, and it continues to cover for me. Don’t let it go. Even in there it will survive and sustain you. In putting my prison experience behind me to move forward, I have to say that while it will be behind me, it will always be a part of me.

Prison will shape you; there is no way to escape that. Your decisions are few there but the most important one is deciding how you allow it to shape you. Remember, true freedom is found within you. I hope this one woman’s perspective has reached the hearts of many.

Find more on these topics: forgiveness