The topic of the Mind and Life III dialogue is the role of emotional states in physical health. Over the past 2,500 years, Buddhists have explored this topic through contemplative practices and logical analysis.

Note: This report began as a letter to friends. I do not attempt to give a comprehensive report on the conference and refer people to a number of excellent books published by Snow Lion Publications and Wisdom Publications that have come out of the Mind/Life Conferences. Unfortunately, I did not have the program with me and apologize for omitting the names of the participating scientists…

I was living in Dharamsala, India, in the autumn of 1990, when a group of scientists arrived (mostly American, with one Chilean who lived in France) for the Mind/Life Conference with His Holiness the Dalai Lama (HHDL), which lasted five days, with sessions both morning and afternoon. I was delighted to be able to be a spectator to the scientists’ presentations to HHDL and their subsequent discussions. HHDL’s open-mindedness and curiosity about new things was an impressive example for us all. He asked the scientists so many appropriate questions that demonstrated his understanding of the process of scientific research that one scientist said, “You can come work in my laboratory any time!”

A philosopher started the conference with a presentation of different ethical systems as found in the West and the doubts people have about compassion as the basis for ethics. Of course, this jarred me, for compassion is so admired in Buddhism. But he pointed out that in the West compassion often means a higher person condescendingly helping a lower one. Also, many religions which talk about compassion also use their religion to justify sexism and racism. For this reason too, many people doubt the effectiveness of compassion. A lively discussion ensued. But four days later, at the end of the conference, when HHDL talked on the necessity of compassion and affection to have satisfaction and happiness both within individuals and within society, people were so moved that nearly everyone had tears in their eyes. 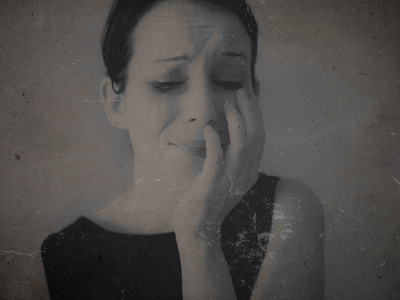 Do new emotions come into being as our language and literature evolve or are we just identifying emotions that have been there all along? (Photo by Stella Maris)

One scientist presented research about emotional states and brain activity which prompted a discussion about just what was meant by emotion. This is especially interesting because there is no word in Tibetan for the broad category of “emotion” as we mean it in the West. Are emotions to be cultivated or abandoned? Do Buddhas have emotions? We concluded that some emotions are beneficial while others are destructive, and that since Buddhas have love and compassion, they also have emotions.

I enjoyed the discussions most of all, for many points came up that aren’t usually covered in Buddhist teachings or in the scientific talks. For example, one person asked, “Do new emotions come into being as our language and literature evolve or are we just identifying emotions that have been there all along? When a language has a word for a particular mental state, does it encourage the people who speak that language to experience that state?” What came to my mind was guilt: in Tibetan there’s no word for guilt, nor do they seem to have the same problems with guilt that we have in the West.

Sharon Salzburg from Insight Meditation Society, a Theravada group in the USA, brought up something that I too have noticed while teaching Westerners: we have a hard time loving and forgiving ourselves. We tend to have low self-esteem and varying degrees of self-hatred, together with a feeling that we’re unlovable. Thus, Westerners often misinterpret Buddhist teachings on cherishing others to include, “I’m so bad. I don’t deserve to be happy because I’m so selfish and angry, so I have to sacrifice myself for others to make up for this.”

HHDL was very surprised to hear this, and when he asked the roomful of scientists and spectators, all of whom were successful in their own fields, “Who has this low self-esteem?” we all unabashedly said, “All of us do.” Shocked, HHDL said, “Previously I thought I understood the mind pretty well, but now I have my doubts.” He questioned us on why we have this feeling, and various reasons came up: from babies’ lack of parental love and physical contact with their parents to competition in society to the Christian idea of original sin. HHDL proposed a few meditations to help overcome low self-esteem: meditating on the fact that all of us have the Buddha nature and the potential to develop ourselves; contemplating the fact that we’ve been the recipient of others’ help, love and kindness, and thus cultivating affection for others. He concluded by saying, “Yes, it’s appropriate in Buddhist practice to cultivate love for oneself without selfishness.”

The following day, the scientists were equally surprised at something HHDL said. One scientist told of his work with torture victims and refuges. HHDL commented that very few Tibetans who were tortured by the Chinese communists have Post-traumatic Stress—nightmares, painful flashbacks, disorientation. The scientists were amazed. How could this be? HHDL suggested some reasons: Perhaps because the Tibetans had firm refuge in the Three Jewels and understood the law of karma; perhaps because they knew they weren’t being imprisoned because they had done anything wrong. It was for freedom that they endured this.

Several scientists presented research of the effects of stress vs. a calm mind on health and the ability to recover from illness. All evidence pointed to the fact that the more people felt peaceful inside and connected to others, the better their health. “You’re giving me more ammunition (to show others that detachment, patience, kindness and compassion are beneficial for self and others),” commented HHDL.

The last day, Jon Kabat-Zinn, a scientist talked of his work at the University of Massachusetts’ Medical Center: he ran a stress reduction clinic. His clients were people who were being treated for other illness (cancer, heart problems, etc.) and referred to his clinic by other doctors to help them recover. He described teaching people mindfulness meditation as generally taught in the Theravada tradition. He did this with no religious orientation. They started with being mindful of the breath and later were mindful of feelings in their bodies, etc. They also did hatha yoga. The results were impressive and again gave HHDL“more ammunition.” I thought that this kind of work must make HHDL very happy for it reached out to many people and benefited them without any religious doctrine. Throughout the conference HHDL stressed that what was important was the 5 billion people in the world, 4 billion of whom don’t have any firm religious grounding. We have to show them the value of ethical conduct and compassion— two things essential for the survival of our planet—without bringing in religious beliefs.

The conference gave all of us a lot to think about. Personally, I thrive on discussions with people who have different beliefs and perspectives on life than I do. They teach me many new things and inevitably deepen my conviction in the Buddha’s teachings. Also, it makes me aware that people have so many different inclinations and interests, and that it’d be good to learn how to communicate with everyone effectively.